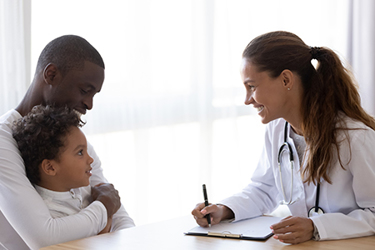 COVID-19 isn’t one tragedy, but many. An underreported tragedy is the outsized harm done to communities of color.In New York City — an early COVID-19 hotspot and one of the most diverse communities in the world — 92 black residents died per 100,000 people. For white New Yorkers, the rate was less than half that, at 45 per 100,000 people.

Expanding minority Americans’ access to care and clinical trials isn’t just the right thing to do. If we’re to defeat the virus and return to normal, we need help from communities of color.

Disease doesn’t discriminate, and researchers understand different populations react differently to drugs. Why, then, are clinical trials so stubbornly homogeneous?

By 2045, non-white Americans are expected to make up more than half the country’s population. Clinical trials, however, don’t reflect that diversity. A study published in JAMA Oncology found that, in cancer drug trials conducted between 2008 and 2018, nearly two-thirds of participants were non-Hispanic whites. For oncology’s breakthrough decade to happen, that has to change.

When trial populations don’t match the broader patient base, the treatments they produce aren’t as effective. Nearly all diseases have a genetic component. Especially in multi-cause conditions, such as type 2 diabetes, treatments must be tailored to patients’ specific risk factors. When a drug is developed with only one demographic in mind, the result is that it’s less effective for others.

What Clinicians Are Struggling With

Why aren’t clinical trials more inclusive? From my perspective, it’s a three-part problem:

Many minority communities, and particularly rural ones, don’t live near study sites. Most clinical trials take place at academic healthcare facilities, and one-fifth of Americans live ten miles or more from any hospital — much less a top-tier research hospital. The wave of hospital closures has only exacerbated this problem.

Simply asking minority Americans to drive further isn’t a workable solution. Not every member of underserved communities has a car, much less hours to commute to a study site.

Here, technology has a key role to play. Medrio’s decentralized trials make it possible to participate in some studies at home. Video conferencing can enable clinicians to follow up with participants virtually at home or a local center.

Low-tech solutions are also important. When studies must be conducted in person, the onus should be on study sponsors to bring participants to the site. Services like Uber Health are transporting patients enrolled in clinical trials to study sites for free.

Before they can participate, clinical trial patients are provided packets that detail the purpose of the study, the risks, and the potential benefits they may receive. The trouble is, few people — much less minority Americans, who are more likely to be overworked and undereducated — have time to read through 10 pages of complex medical jargon.

Along with e-consent forms, study sponsors need to break down need-to-know information into bite-sized pieces. Bullet points are more readable than walls of text. Video explainers can recap key information, while quizzes can be used to check understanding.

Without these processes, clinical trials suffer from drop-outs. Because about three in ten patients drop out, clinicians must invest more time into front-end screeners and explainers. Better alignment of expectations is key.

Historically speaking, minority Americans haven’t been treated fairly by our institutions, including our healthcare system. Understandably, people who’ve learned to distrust the healthcare system aren’t eager to be guinea pigs for an experimental drug or procedure.

As a gay man, I understand where these Americans are coming from. During the AIDS epidemic of the ‘90s, LGBT Americans’ suffering was swept under the rug. I don’t blame them for being hesitant to volunteer themselves as test subjects.

Trust is easy to break and tough to earn. There’s no simple, fast solution to systemic distrust, but there’s an obvious place to start: community outreach. Healthcare providers must work with community physicians to help them feel comfortable referring their patients.

Reaching out to community organizers is important as well. Getting local influencers to understand that their community has a high rate of heart disease, for example, motivates them to spread the word about clinical trials that could result in new treatments.

Our healthcare system isn’t perfect by any stretch of the imagination. But the reality is, lives are on the line, and our treatments are only as good as our clinical trials. Until we make them more inclusive, all Americans — not just minorities — won’t get the care our system is capable of.