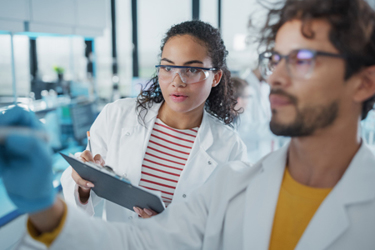 According to the World Health Organization (WHO), more than 50 million people around the world currently live with dementia, and that number is growing at a rate of 10 million per year. By 2030, the WHO projects that the worldwide population of individuals with dementia will reach 82 million – and will climb above 150 million by 2050.1 Of the population suffering with dementia today, the WHO estimates that 60-70% suffer from Alzheimer’s disease (AD). The remaining 30-40% – representing between 15 and 20 million people – suffer from one or more of the neurodegenerative conditions illustrated in Figure 1, including frontotemporal dementia (FTD), progressive supranuclear palsy (PSP), corticobasal degeneration (CBD), dementia with Lewy bodies (DLB), Parkinson’s disease (PD), multiple system atrophy (MSA), or one of the many subtypes of each of these conditions.

Consider the challenges associated with studies focusing on the behavioral variant of frontotemporal dementia (bvFTD). It is the most common of the five subgroups of FTD, but individuals with bvFTD are frequently misdiagnosed as having AD. Both conditions are progressive and involve complex genetics. Both present phenotypical variability and involve a heavy caregiver burden. Protein aggregations within the CNS associated with progressive atrophy of frontal and anterior temporal regions of the brain are present in each, and both are outwardly characterized by alterations in behavior, language, cognition, and physical abilities.

Yet, there are subtle but important differences between bvFTD and Alzheimer’s disease.