Trump And The FDA: What to Expect (And What's At Stake) 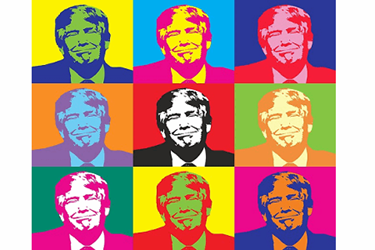 Donald Trump’s advance team will soon be headed to FDA’s White Oak campus to observe and learn about the agency, to help facilitate the transition from the Obama administration to the Trump administration. In this article, I describe what I expect the nascent 2017 agenda will be as Trump’s team walks in the door, and I offer a few thoughts as to why the Trump team would do well to consider the unique nature of FDA as transition planning takes shape.

A Trumpian Reform Of FDA?

In its most official position taken on FDA to date, the Trump team has prioritized FDA reform and putting a “greater focus on the need of patients for new and innovative medical products.”

This can be read several ways: For instance, it could simply reflect the many FDA reform initiatives included in the congressional 21st Century Cures reform efforts, and/or improvements already agreed to in the draft commitment letters for the prescription drug and medical device user fee agreements. On the other hand, it could be signaling a deeper desire to focus on significant FDA change. It could reflect a more conservative agenda that is in line with Trump’s anti-regulation, pro-innovation outlook, and could mean the new administration may have some initial areas of focus in mind for reform.

Over the last few years, FDA has diligently tried to streamline and improve its processes across various parts of the agency. However, the Trump team may try to advance these efforts even further, through actions such as: tweaking existing expedited approval pathways, exploring clinical trial reforms, or focusing FDA more intensely on integrating the patient voice into the benefit-risk part of regulatory decision making.

As we heard on the campaign trail, Trump is also focused on accelerating approval of generic drugs, perhaps as a means to drive down the cost of — and increase access to — medicines. (And while it’s largely outside of the FDA discussion, I believe some type of action on drug pricing, perhaps by opening the door to Medicare negotiation of drug prices, is likely under the new administration.)

If things go as planned for Republicans, the Trump administration may have a number of legislative vehicles through which to drive major change, for example Children's Health Insurance Program (CHIP) reauthorization, Cures legislation, user fee reauthorizations, and even Medicaid reform.

Legacy Initiatives That Should Survive

Among the current administration’s key priorities, I believe the National Cancer Moonshot will likely endure through the Trump presidency, given its high level of bipartisan support. FDA’s planned Oncology Center of Excellence (OCE) is a key piece of this effort, so finalizing those plans and getting the OCE up and running is a key priority now for FDA Commissioner Robert Califf. Both Califf and Cancer Moonshot Executive Director Greg Simon have spoken about this recently.

Califf has also been working toward some of his own signature efforts, such as evidence generation (EvGen) / real world evidence (RWE). Califf took the helm at FDA this year citing the need for earlier and better development of medical evidence. His long-term vision is to create a system that features integration of clinical care and clinical research to improve the evidence base for all medicines, which would have the added benefit of helping to inform the value side as well. Califf spoke about the effort at the recent Biopharma Congress meeting, alluding to the fact that that EvGen is a vision shared by many that he hopes will be embedded at FDA through initiatives such as user fee commitments and the Reagan-Udall Foundation’s  Innovation in Medical Evidence Development and Surveillance (IMEDS) program — whether he is commissioner or not.

Looking more broadly, FDA has taken many high-level policy actions over the past few years that would likely be considered positive by a GOP administration. On the drug side, CDER successfully established the breakthrough therapy program and has achieved strong performances on many of the key metrics agreed to under with industry, e.g., new molecular entity approvals, orphan drug approvals, and first cycle approval rates. On the medical device side, CDRH has established new programs such as Entrepreneurs-in-Residence (EIR) and the Expedited Access Pathway (EAP), and is recruiting for members for a new Patient Engagement Advisory Committee.

Why FDA Is Different From Other Federal Agencies

What I hope the transition team realizes during this lame duck period is that FDA is an agency that is somewhat special, in that taking an anti-regulation stance may not result in a better environment for innovation. Despite what we heard on the campaign trail, I expect the Trump administration may come to the conclusion that FDA is very different from other federal agencies and that altering the size and scope of regulation may not have the intended outcome for the public.

Clearly, we will know more about the future direction FDA once a nominee is named for FDA commissioner.  It’s possible that Califf could be asked to stay. Many argue — and I am in this camp — that this would be a prudent action to stabilize the agency. But if past is prologue, asking him to stay would be an unusual event, especially with a change in party at the White House.

In the meantime, I expect some type of FDA reform will likely surface once the Trump administration comes in, along with a certain level of continuity of initiatives begun under Obama, such as the Cancer Moonshot, and key Califf initiatives such as EvGen/RWE. As the Trump transition team prepares to spend time at FDA and get the lay of the regulatory land, I would urge the team to consider the necessity of having a well-resourced FDA that is able to issue reasonable regulations that will help to facilitate innovation.

Nancy Bradish Myers, president of Catalyst Healthcare Consulting, Inc., is a Washington, DC-based attorney with deep expertise in health care law and regulation, policy development, and government relations. Ms. Myers served as senior policy counsel in the Office of the FDA Commissioner, as well as special assistant / senior strategic advisor to the FDA acting deputy commissioner for operations. She has been closely involved in drug, biotechnology, and medtech regulatory issues for over 25 years. She currently advises select clients on regulatory and health policy matters. You can reach Ms. Myers at nancy@catalysthcc.com, or connect with her on LinkedIn.