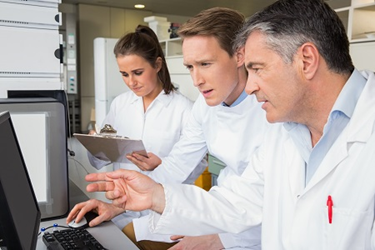 “Being an early adopter has its benefits, especially when you are a small organization,” said Dorsey, associate director of data management at Cara. “We received a lot of hands-on attention that we wouldn’t normally get from a software provider. The Veeva team was organized, setting an implementation timeline and meeting every deliverable. There were several collaborative meetings where Veeva provided suggestions to help us align our thinking and maximize the re-use of CRFs and other study elements.”

Cara is a clinical-stage biopharmaceutical company developing new chemical entities designed to alleviate uremic pruritus and pain by targeting peripheral kappa opioid receptors. When Veeva approached Cara about Vault EDC, Cara had a phase I and a phase II study that would fit an early adopter program. “We started with Veeva on a small phase I study to learn the system and test it out,” said Dorsey. “We are now moving to longer and more complex studies and expect to gain efficiencies by re-using pages and formats across multiple trials.”