By Michael Wilkinson and Ken Getz, Tufts Center for the Study of Drug Development; and Beth Harper, Clinical Performance Partners 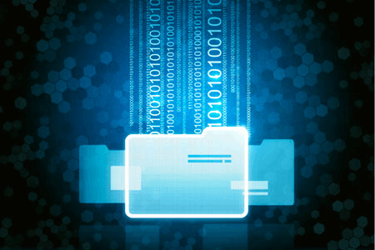 Data management functions are managing a much higher volume and diversity of data in response to the increasing scope and demands of global drug development programs. Real-world data and evidence, electronic clinical outcome assessments, data from smartphones and mobile devices, social media community data, and electronic health/medical records are examples of the variety of new data sources now captured during a clinical trial.  The volume and diversity of data presents integration, compatibility, and interoperability challenges that must be optimized to improve drug development performance and efficiency.

To better understand current data management practices and experience, the Tufts Center for the Study of Drug Development (Tufts CSDD) — in collaboration with, and with funding from, Veeva Systems — conducted a study among nearly 260 pharmaceutical companies and contract research organizations (CROs).

Between May and July 2017, 257 unique and verified companies responded to an online survey.  Respondents shared attitudes and perceptions, described data management practices and experience, and provided cycle time data and performance metrics based on actual clinical studies. Respondents had an average of 16.5 years’ experience, and the majority (74 percent) were either the primary person responsible or among the several individuals responsible for their company’s clinical data management systems (CDMS).  Most (88 percent) respondents were located in the U.S. with global responsibilities.

Variety Of Applications But Limited Data In The Primary EDC System

While a variety of data is being collected, the primary EDC system is largely handling more traditional structured data elements.  One hundred percent of respondents use their EDC to manage electronic case report form (eCRF) data; 60 percent use it to manage local lab and QoL data; and 57 percent manage central lab data in their EDC.  A much smaller percentage of companies – one out of five – manage electronic clinical outcome assessment (eCOA) and medical imaging data in the primary EDC, and less than one in 10 manage mobile health data and genomic data.  New data areas, including unstructured data, are being managed outside the primary EDC system, presenting integration and technical challenges.

Get certified as a Clinical Regulatory Document Management Compliance Professional to be ready for the challenges in Clinical Trial Data Management. Learn more here:

In addition, there is wide variation around the average database build and database lock cycle times.  This may be due to several factors, including disparity in the scope and complexity of protocols, the phase of the study, the size and operating differences between respondents’ companies, and the inconsistent ways that companies are implementing their data management practices. Nearly half of respondents cite protocol changes as the top cause for database build delays; 17 percent cite user acceptance testing, and 15 percent say it is database design functionality.

As another sign of the challenge data management functions face: one-third of companies report that they “often” or “always” release the study-specific EDC application after first patient, first visit (FPFV). This is associated with longer downstream data management cycle times, including time for study staff to enter data after the patient visit, and time from LPLV to database lock. Specifically, companies who “always” release the EDC after FPFV have cycle times that are nearly twice as long as those companies that report “never” doing so. These longer cycle times may be the result of several factors, including poor site motivation, lower levels of study staff trust and confidence in a data management system, and ongoing database functionality problems.

The majority (77 percent) of companies report having challenges loading data into their primary EDC application. Of those, 66 percent were related to EDC system or integration issues. The remaining 34 percent of challenges were associated with the technical demands on internal and external staff, EDC system costs, and other issues.

The results of this study present valuable insights into the current state of the e-clinical landscape that is at a critical juncture.  The clinical data management function must adopt new capabilities and solutions to accommodate, integrate, and manage the rising volume and diversity of data.  Based on benchmarks from nearly 260 companies, these study results serve as a useful reference.

Michael Wilkinson is a research analyst in the sponsored research group at the Tufts Center for the Study of Drug Development, Tufts University School of Medicine. He received a B.A. from the University of Massachusetts Lowell in the field of sociology, focusing on quantitative research. Prior to joining Tufts CSDD, he worked at the U.S. Department of the Interior.

Ken Getz is the director of sponsored research and an associate professor at the Tufts Center for the Study of Drug Development, Tufts University School of Medicine, where he conducts research studies on drug development management strategies, practices, and performance. Ken holds an M.B.A. from the J.L. Kellogg Graduate School of Management at Northwestern University and a bachelor’s degree from Brandeis University.