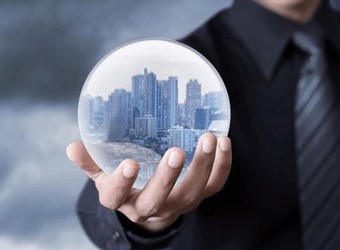 Those of you who are regular readers of Biosimilar Development know I recently decided to take a leap outside of my typical biosimilar editorial focus — as well as my usual geographic habitat. I participated in a week-long media trip to Bangkok, Thailand to learn about the country’s life sciences industry. In the first of this two-part article, I discussed some of my findings after presentations by the Thailand Board of Investment (BOI) and a variety of pharma companies, research hubs, university research labs, and public and private hospitals.

As I mentioned previously, I was particularly struck by the passion and drive I witnessed within the country. There was a great respect for science and advanced education amongst the scientists and the government, which has been pushing to establish the country as a life sciences hub. (The government’s emphasis on science and education was particularly striking given the lack of emphasis on science in the current U.S. administration’s policies.)

But while I certainly admire the talent and enthusiasm within Thailand, building a strong life sciences industry is going to require more than just that. Throughout my visit, I was privy not only to the particularly innovative research goals being pursued, but also to a number of challenges the country has recognized and hopes to address within the next few years to encourage a stronger, more diverse industry.

Evolving A Medical Tourism Legacy Into An R&D Legacy

Prior to this trip, I was unaware of Thailand’s reputation for medical tourism. The country is home to 53 Joint Commission International (JCI)- accredited medical institutions. (This closely follows China, which has 57.) Between 2009 and 2014, a growing number of people from the Association of Southeast Asian Nations (ASEAN) traveled to Thailand for medical treatment. In 2009, more than 1.5 million foreign patients came for cancer treatments, hip replacements, kidney transplants, cardiology testing, heart surgeries, and other treatments. This number rose by 1 million in 2013 and remained over 2 million into 2014. In fact, I heard some health insurance companies in the EU will even cover airfare for patients to receive treatment in Thailand.

But when it comes to Thailand’s pharma industry, it is admittedly small compared to other countries. Rather than considering this a weakness, the country sees it as an opportunity to build a new pharma industry — one that is driven by novel biopharmaceutical technologies. While the small molecule field is already saturated with technologies, there is increasing global interest and efforts being applied in the areas of recombinant proteins, monoclonal antibodies, and cell and gene therapies. These are the areas in which Thailand has also chosen to venture.

Current efforts being undertaken by several Thai pharma companies include drug formulation development, oral care products, and new drug development. In particular, pharmaceutical R&D focuses in the country include cancer (especially liver cancer), thalassemia, and tropical diseases — which were starting to get some buzz in the U.S. prior to my leaving for the trip. (The Bill and Melinda Gates Foundation’s just made a $335 million pledge to support neglected tropical diseases R&D.)

Take, for instance, the work being carried out by the country’s Excellent Center for Drug Discovery (ECDD), which is a joint effort between Thailand Center of Excellence for Life Sciences (TCELS), Mahidol University, and Ramathibodi Hospital. The ECDD is in partnership with bluebird bio, a U.S.-based gene therapy, immunotherapy, and gene editing company, on its gene therapy, LentiGlobin BB305. The ECDD enrolled three patients in Bangkok with beta thalassemia major in clinical trials of LentiGlobin BB305. (Thalassemia is a particularly common disease in southeast Asia, and, as such, is a target research area for Thailand.) In addition, the organization is in partnership with a Japanese university with the goal of being the first in southeast Asia to develop a CAR-T cell therapy targeting CD-19 in acute lymphoblastic leukemia (ALL).

One question I was asked upon my return was what could set the region apart or draw investments from companies abroad. After all, a number of companies and researchers around the world are at work in the novel biotechnology space.

There are several straightforward answers to this question, including the possibility of an eight-, 13-, or 15-year tax holiday. Cost of living and utilities in Thailand are lower than or competitive with neighboring regions. And there is Thailand’s access to other ASEAN regions.

But there’s also something to be said for the country’s ambitions, given how advanced some of the research topics are for an emerging industry. In fact, I’d argue the government has turned its focus to the right goals at the right time and is a step ahead of the U.S. in terms of government support.

For instance, I fortuitously stumbled upon this in-Pharma Technologist article, discussing President Trump’s goals to encourage more pharma firms to remain in the U.S. While the U.S. Department of Commerce revealed the majority of drugs used in the U.S. are made in the country, the industry has certainly seen a migration of manufacturers overseas for cost purposes and greater access to larger international markets. But as a consultant, Roger LaForce, stated, “Should the U.S. government or industry really want to build again manufacturing know-how in the U.S., this should be done for new technologies like biotechnology [not small molecule technology]…. The government should first invest in science and innovation in order to the help the industry and people.”

Obviously, LaForce was not speaking about Thailand’s industry. But his words indirectly validated the country’s mission to invest in what the government refers to as “the S-curve of novel biopharmaceuticals and biological products.” There may be big global companies closer to commercialization in some of the challenging cell and gene therapy spaces. But as one TCELS expert emphasized, Thailand is currently approaching these fields as a way to build the capability and capacity for advanced research within the country and southeast Asia.

There is no shortage of brilliant minds in Thailand, and I chalk this up to the country’s appreciation of and respect for education. In many cases, students move swiftly from receiving a bachelor’s degree into a master’s and Ph.D. program. In many cases, lab researchers would preface their presentations with the institutions at which they had received their degrees. (I also found it interesting that this information was included on a majority of the business cards I received.)

But what was also common to see was that many of the minds now working in Thailand earned their degrees from U.S. institutions. In some cases, we met students who were recipients of government scholarships to U.S. universities to receive their Ph.D.’s. Following the receipt of these degrees, the students are required to return to Thailand to work for the government. (If it took five years to earn the degrees, the scientist would be expected to devote at least twice that — 10 years — to public sector work.) Though this has led to an influx of students with big degrees into the country, it’s also indicative of a challenge the country had in the past — and could have again.

In the past, there was no industry available to employ those who wished to receive an education in the sciences. As such, many Thai students would leave the country and remain out of the country following the completion of their education. In fact, a majority of those we spoke to had been trained in the U.S., or other nations like Japan or Australia. Now, as highly trained scientists and experts return to or venture for the first time into Thailand, it is of utmost importance that there be jobs for their expertise.

But this brings with it a financial challenge. In a situation similar to what the U.S. FDA is facing right now, recruiting the talent bearing the necessary degrees and experiences is an expensive undertaking, and providing competitive salaries is a challenge. This is particularly noticeable in the country’s IP department. As investment in R&D increases, so does the interest in and need for strong IP policies. Over the past year, the government has set its sights on improving Thailand’s IP department. But there have been limits because of its small staff. This is likely due to a lack of financial resources, considering that IP experts, especially examiners, need to be highly trained and, therefore, well-compensated for their expertise.

As such, the new government has set out to more firmly establish the Talent Mobility Program in the country. This program helps move government and university researchers out into the industry in order to bolster R&D investment, income, and employment in the private sector. As was detailed to us during our final follow-up session with BOI, returning scholarship students, researchers, and university professors can work for the industry for up to three years. This can be full-time employment or contracted/part-time. Because a large amount of talent is in the public sector, this program aims to create closer ties between the public and private industry. Though BOI wasn’t certain of the total numbers, by the end of 2015 (the year the project was approved by the government) there were an estimated 150 people — primarily from universities — who also had secondary employment within the industry.

We met with many ambitious and intelligent scientists at work in the country. But as one of my colleagues brought up, in order for Thailand to achieve its goal of becoming a competitive innovative life sciences hub, there needs to be more attention paid to translating scientific research into commercialization. This will require more than just scientific expertise. In order to commercialize, there will need to be more scientists trained in business management and regulatory fields to ensure that innovations can be commercialized within the country, rather than be bought out and transferred elsewhere.