A Small Biopharma's View Of Working With CROs 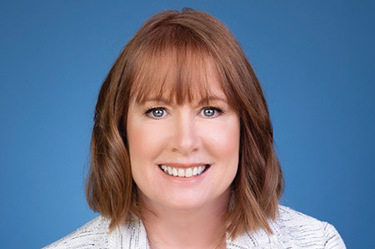 Running a clinical-stage oncology biopharma with only five employees means you quickly learn a thing or two about the value of outsourcing services.

For Pamela Contag, Ph.D., cofounder and CEO of BioEclipse Therapeutics, those learnings have led to her company using five CROs to get CRX-100, BioEclipse’s lead investigational candidate, through approval.

But Contag is no stranger to company building; she’s cofounded and led several of them, including Xenogen and ConcentRx, during her career. Throughout those years, she has amassed a wealth of knowledge that undoubtedly can be useful to other small biopharmas or startups seeking to delve into outsourcing partnerships.

When first building BioEclipse, Contag noted the importance of having three independent directors serving on the company’s board. She credits that board with helping her do a better job of determining which CRO to choose. Contag says she looks for “independent board directors with deep domain expertise who aren’t singularly focused on the economic outcomes for investors, but instead, what’s best for the company, which is usually what’s best for investors, too.”

Initially, the company started working with a couple CROs, but those partnerships didn’t last long because, according to Contag, the necessary experience wasn’t there. But, rather than go straight to a large CRO, she opted to find the expertise the company needed from all along the drug development value chain. That search ultimately led to the company’s current five CROs. “All of these CROs have been working in our area of expertise for a long time,” she states. “They all know each other and have worked together before. It’s like having a company of 35 people, and it’s really fun.” You read that correctly — Pamela Contag finds working with properly selected CROs to be “fun.”

Of course, not even Contag would describe the process of choosing a CRO as fun. She recalls the first time that she was involved with choosing an outsourcing company. She was on the board of a public drug development company that had raised a lot of money. Though they did a lot in-house, she noticed that whenever they had to do something requiring outside clinical support, it always involved using big CROs. Supposedly, these big companies had all the skillsets needed; they were one-stop-shops. “During the time when I needed to interview all of these large CROs for my own company, I realized that they are absolutely fabulous — they really are! But therein lies the problem. If you’re a big company, you have more time. But if you’re a small company, you’ve raised less money, and you’re heading toward a value inflection point. Any downtime resulting from your company not being on your CRO’s radar — maybe because you’re not a top-paying customer — or if the CRO is slow to turn around documents or complete tasks that need to be done, all of that costs small companies a huge amount of money.”

A HARD CONVERSATION TO HAVE

When Contag was choosing her very first project-management CRO — and she asserts that if you’re a small company, you do need project managers — it was clear to her that it couldn’t be done in a one-stop-shop, because she needed to go fast. “I told them we needed to go way faster than a Big Pharma because I have less money to spend on downtime. We need to organize this project according to a timeline that actually meets our budget. We can’t be out of money, and your timeline can’t be so long that it’s at the other end of the runway for our money.” She admits this was a hard conversation to have, but she strongly encourages everybody to have it. Furthermore, to help the CRO project management group to truly understand her company and its needs, she did something most biopharmas would never do when dealing with a CRO — she showed them the company’s financials. “I think it helped them clearly understand what small companies face.” And while she realizes that CROs need to be profitable, she believes that they should really want to do your project. “They choose projects based on a passion for the technology, too,” she reminds. 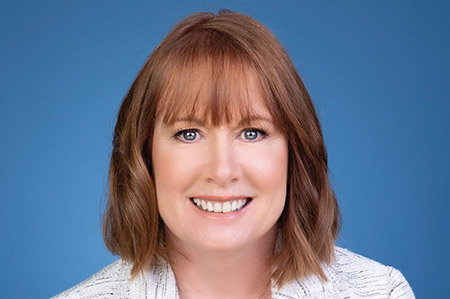 “If you’re a beginning CEO who’s never taken a drug through even part of the process, you’ll be amazed at how much it costs and how many levels of CRO expertise you’re going to need.”

As a small biopharma, Contag had numerous examples of how important it is to emphasize speed when communicating with your CRO. For instance, she recalls one time being on a conference call with a CRO and her staff, and someone at the CRO saying, “If this is our timeline, we’ll be ready to go first-in-human by June.” She responded by saying, “Don’t you mean March?” After the nervous laughter stopped, the CEO reminded those on the phone that while she wanted quality work, there could be no gaps caused by inefficient transfer of documents or not making decisions right away. “Every time a document sits on somebody’s desk for three days or four days, that’s time lost.” So, while Contag wasn’t necessarily serious about expecting the CRO to be able to accomplish something in a three-month-shorter time period, she did want them to understand the importance of having a sense of urgency when it came to the management of her project. “If I get a document from my CRO at 6:00 PM, I review it that night. The hardest part about being a small company is you don’t have time, and you certainly don’t have money for large gaps in this process.” In other words, if you are demanding urgency on the part of your CRO, be sure you are practicing what you preach when your CRO is waiting on you for something before they can move forward.

Many smaller biopharmas tend to want to “go big” — big auditors, big banks, big CROs, etc. The key, of course, is deciding what your company needs at its current evolution, because, as Contag points out, “You can get lost in these big CROs, which tends to be incredibly expensive.” Sure, big CROs are likely a better fit for those with big checkbooks. But, for BioEclipse, big CROs simply didn’t make sense. “If you’re a small biopharma trying to get more innovative therapies to the clinic with just the right amount of money — if there is such a thing — to get through Phase 1, seek smaller CROs that have really done it before,” she advises. After all, smaller CROs can be just as impressive and move much more quickly. “And I don’t get the sense that my project is in a long line with other projects or lost on someone’s desk awaiting action.”

Contag’s final piece of advice comes as no surprise based on what we now know about the company’s current outsourcing strategy, but it’s impactful, nonetheless: Don’t think you’ll need just one CRO. “If you’re a beginning CEO who’s never taken a drug through even part of the process, you’ll be amazed at how much it costs and how many levels of CRO expertise you’re going to need. There’s project management. There’s regulatory. There are clinical operations. There’s manufacturing. For cell therapy and biologics, there’s specialized manufacturing and distribution. There’s hospital pharmacy, and you have to have expertise in each one of those areas.” She admits that this can sometimes be quite overwhelming, but once it all gets put together and “you draw the hierarchical diagram so you can see who intersects with whom, then you are better equipped to help the matrix operate as a well-oiled machine.”