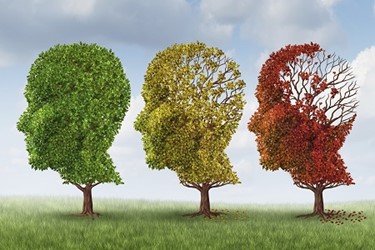 Dementia is a growing global epidemic, affecting nearly 50 million people worldwide.1 That number is expected to approach 75 million by 2030, when the cost of patient care is forecast to reach $2 trillion.2 And the trend will only accelerate: By 2050, it’s estimated that 115 million people will suffer from some form of dementia. Alzheimer’s disease (AD) is by far the most common of these afflictions occurring late in life. Among the leading causes of death, AD is the only condition that cannot be prevented, cured, or even significantly slowed, making it imperative that we develop new pharmacologic therapies.

Despite clinical trials of numerous agents over a wide range of mechanisms that include neurotransmitter modulation and disease-modifying therapy targeting amyloid and tau, the last new Alzheimer’s medication, memantine, was approved in 2003. To address this unmet need, the National Alzheimer’s Project Act in the U.S. mandated the formulation of a national plan to address AD and, in 2012, that plan articulated the goal of preventing and effectively treating AD by 2025.

Unfortunately, Alzheimer’s drug development is costly, time-consuming, and inefficient. Site functions, trial design, and patient recruitment all require improvement. At 99.6 percent, the trial failure rate is the highest of any therapeutic area. Innovation is critical to shortening the development cycle of new therapies and identifying drugs that have limited or no therapeutic potential.

In this white paper, we will review the current global pipeline of Alzheimer’s trials and their geographic locations, describe innovations in trial design, and discuss considerations of optimal clinical trial processes, including preclinical patient populations, clinical assessments sensitive to the earliest disease-related changes, and biomarkers as outcomes of clinical trials.