Are You Overvaluing Your Clinical Trial P-Values?

By Ross Meisner and Bill Woywod, Navigant (a Guidehouse company) 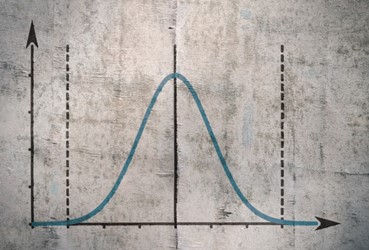 Could you be risking your business by relying on clinical study p-values to make critical decisions on research and development, market development, and commercialization strategies?

A growing body of statistical evidence shows putting too much reliance on p-values can — and often does — lead to false conclusions and misconceptions. Statisticians around the world are coming together, warning entire industries against rampant human misinterpretation and an overreliance on the concept of the acceptance threshold, as noted in a 2016 statement from the American Statistical Association. In fact, a petition recently signed by 800 statisticians calls for the elimination of this “statistical significance” concept.

In practice, p-values are used to weigh evidence against the risks of a hypothetical concept. So, why does the life sciences industry persist in gauging critical business decisions on the value of probabilities alone, especially as myriad examples of missed opportunities and wasted resources continue to accumulate?

Like the rest of the industrial and scientific world, medical technology and pharmaceutical companies commonly use a p-value threshold of 0.05, which means research results with a p-value of less than 0.05 are considered a positive indicator of the hypothesis set forth, and anything greater as negative. It is critical to keep in mind this threshold, while agreed-upon, is arbitrary.

Based on our collective experience researching, analyzing, and helping shift market dynamics for companies of all sizes around the globe, p-values serve as decent guides — but only as guides. Numerous examples exist within the life sciences industry in which companies gave up too soon on promising concepts — or invested too heavily in doomed ones — based on this threshold. While p-values do provide useful information, they do not tell the whole story. In other words, in order to use p-values effectively in determining whether to, say, advance to Phase 2 of a clinical trial, target a market subsegment, or cut bait on an innovation, you need to understand the data’s strengths, weaknesses, and the larger context.

Let’s take a look at how p-values frequently are misused in the life sciences industry – and how to use them to your advantage.

Get The Whole Story

Just as a borderline medical test result requires an experienced physician to interpret the result with knowledge of the test’s limitations in the context of all other available information, interpreting statistical results requires data experts. Consider by definition, p=0.10 means there’s a 90 percent chance of a true difference between two study populations, given the observed effect size. Conversely, with a p-value of 0.05, there’s a one in 20 chance that the two study populations are the same. Without investigating the data further or conducting additional studies, a research team could make the mistake of thinking a therapeutic option is significant, or vice versa, based solely on a single p-value. Rather, the research team should consider the information provided by the study directionally, and quantify and accept the uncertainty inherent in statistical inference.

Biogen’s recent Alzheimer’s treatment news represents a good example of how this might play out in real life. After sinking hundreds of millions of dollars into developing the experimental drug, the pharmaceutical company initially tabled its research due to futility. Then, new analysis of a larger data set from Phase 3 showed the drug was effective in one of the two studies in patients who took the highest doses for the longest duration. As a result, Biogen shifted gears again, announcing last October plans to submit a Biologics License Application to the U.S. Food and Drug Administration in early 2020 for its potential breakthrough treatment.

Biogen's experience serves as a testament to why it is important to take the time and expertise to dig deeper into research results to avoid costly course corrections and/or missed opportunities.

Critical probability issues tend to arise when a study is underpowered, overpowered, does not account for statistical variability, and/or is based on bad data. Here are real-world examples of how these common research and analysis pitfalls can manifest:

Conversely, in another case, Pentoxifylline, an inexpensive drug with mild side effects already approved for the treatment of intermittent claudication, was tested for resolving recurrent venous leg ulcers. A 200-patient randomized controlled trial of the drug showed a 20.7 percent improvement in healing rates over placebo, but it failed to reach the p=0.05 level. Deemed as “non-significant” results, likely due to underpowered studies, the drug failed to gain approval for the treatment of venous leg ulcers. Later, meta-analysis found the drug is an efficacious treatment for venous leg ulcers. 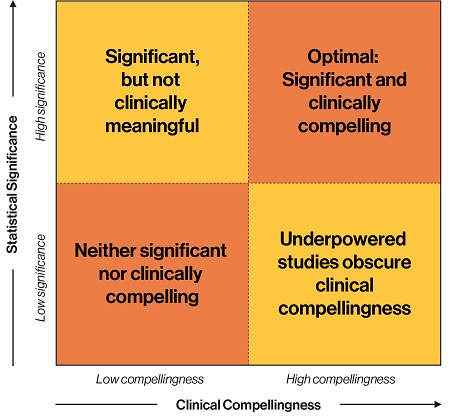 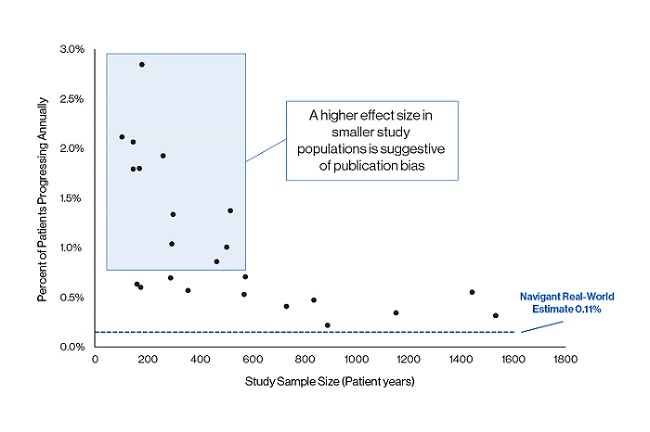 Get It (Closer To) Right

These are just a few of the common ramifications of focusing too narrowly on one statistical result, rather than looking at the full context. Of course, when it comes to the life sciences market — or any market — there are no guarantees. But you can shift the odds in your business’ favor:

Those life sciences companies that understand how to apply and interpret p-values as just one factor in informing critical decisions will be better positioned to achieve significant market success.

Ross Meisner is a partner in the Life Sciences practice at Navigant, a Guidehouse company, and has 30 years of experience building high technology companies. In 2007 he cofounded Dymedex Consulting to become the thought leader for understanding medical market dynamics. Additionally, he cofounded and held leadership positions at four other start-ups and two international joint ventures. His experience spans medical technology, management consulting, internet financial services, and the semiconductor industry. Prior to Dymedex, Meisner was director of Global Market Development at Medtronic, implementing new methods to identify untapped growth opportunities across geographies.

Bill Woywod, MPH, MBA, is a managing consultant in the Life Sciences practice at Navigant, a Guidehouse company, where he leads big data analytics and machine learning projects. He has played a central role in expanding Navigant’s deep data analytics capabilities, including the development and execution of sophisticated claims data analyses and machine learning initiatives for clients in the medtech and biopharma industries. Previously, Woywod worked as a data scientist at a large regional health plan, where he led the development and successful execution of the organization’s first machine learning program.