Can Mexico Become A Regional Powerhouse For Clinical Trials? 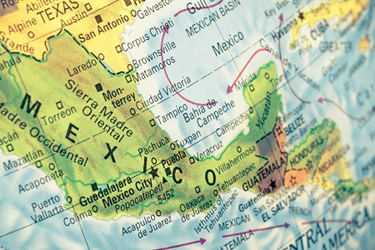 Located between the United States and Central America, Mexico’s geography and Spanish language put it in an ideal position to act as a gateway to Latin American pharmaceutical markets. With an estimated size of $10 billion in 2016, the country’s pharmaceutical market ranked twelfth globally, lagging behind only Brazil as the second biggest market in Latin America. Mexico has a stable economy, and although it is classified as upper-middle income, it also offers lower costs than other countries.

In Mexico, where healthcare is a constitutionally guaranteed right, most of its nearly 120 million citizens have some degree of coverage. A majority of citizens rely on a decentralized public sector to receive healthcare through three main institutions — the Mexican Social Security Institute (IMSS), Institute for Social Security and Services for State Workers (ISSSTE), and Seguro Popular (SP) — and three smaller institutions. In contrast, less than 10 percent of the Mexican population is covered by private health plans. The population is diverse and is experiencing an epidemiological transition from diseases typical of less-developed regions to chronic diseases associated with lifestyle such as diabetes. This variety increases the probability of successfully recruiting candidates for varied clinical trials. In addition, physicians in Mexico are highly specialized, many of them having received training in Europe or the United States.

The Mexican pharmaceutical market is dynamic, and most new treatments become available in the country within one to three years of their launch in more mature markets such as the U.S. or the EU. The regulatory processes for medicines are considered strong and are recognized worldwide: The Federal Commission for the Protection against Sanitary Risk (COFEPRIS) is classified as a Level 4 national regulatory authority by the Pan American Health Organization/World Health Organization (PAHO/WHO) and has signed bilateral agreements with other regulatory agencies that recognize registrations made by COFEPRIS. As a result, having a registration issued by COFEPRIS brings important benefits for products seeking registration in markets such as Colombia or Chile.

However, there are several significant barriers to running clinical trials in Mexico. Approval of clinical trials usually takes a long time due to a complex regulatory process and shortage of specialized staff. As a result, pharmaceutical companies prefer to run trials in countries with faster approval processes than Mexico’s. COFEPRIS has been working on changing regulations and optimizing processes that would alleviate these barriers, and thereby increase the number of clinical trials in the country.

Local Clinical Trials As Part Of The Registration Process

Although local clinical trials are not required for registration of new chemical molecules in Mexico, payers tend to agree that trials with Mexican patients can be beneficial, as they may support manufacturers’ claims. Likewise, they also provide local physicians and payers with important experience and information, which can influence prescribing and coverage decisions down the road.

Mexico As A Platform For The Launch Of New Molecules

In an effort to bring more clinical trials to the country, COFEPRIS made an important amendment to Article 170 of the Health Product Regulations in 2012. Until then, manufacturers of new molecules seeking registration had to present proof of registration at their country of origin. The amendment replaced this requirement by allowing companies to present clinical data with Mexican patients for molecules that had not already launched in another country. Between 2012 and 2017, pharmaceutical companies chose Mexico to launch a total of six drugs; Sanofi/Zealand Pharma’s lixisenatide for diabetes was the pioneer, and Sanofi’s dengue vaccine, Dengvaxia, was the last molecule to take advantage of this change.

The current pathway for approval of clinical trials is a multistep sequential process, which, according to COFEPRIS, currently takes on average 10 months. This period makes the country one of the slowest to approve clinical trials in Latin America, behind only Brazil. The typical process starts with an evaluation at the host institution by the respective ethics committee, research committee, and biosafety committee. This initial step may take between three and six months.

The second step may follow two different pathways. In the most established pathway, COFEPRIS makes an analysis and decision, which may take up to 90 days. The newest pathway, established in 2014, uses Enabled Support Units for Preauthorization (UHAPs), which review and preauthorize trials in 45 days, followed by a COFEPRIS analysis that must offer a decision in 30 days. Once COFEPRIS issues a decision, and if the decision is positive, importation of new drugs needs to be authorized, which may take an additional 15 days.

While the idea behind the use of UHAPs was to decrease the burden on COFEPRIS, reducing the time required to review the requests and increasing the competiveness of the country, the units have yet to make a significant impact.  From the 11 units currently recognized by COFEPRIS, only a small fraction of them are functioning, resulting in the majority of the burden still falling on COFEPRIS.

COFEPRIS has been working on agreements with ISSSTE and IMSS to restore public institutions as important clinical trials hosts. Combined, they offer coverage to nearly 40 percent of the population, boast of tens of thousands of medical personnel and advanced infrastructure, and have broad geographic reach.  In February 2017, COFEPRIS and IMSS signed an agreement that defined actions to be implemented at the institutional level, which are expected to lead to a substantial increase in the number of clinical trials hosted by IMSS. ISSSTE is expected to sign a similar agreement in the near future. After years of seeing IMSS and ISSSTE losing relevance as hosts of trials, COFEPRIS is pushing hard to reverse this trend.

As part of the efforts to decrease barriers and attract pharmaceutical companies to perform trials locally, COFEPRIS is working on further changes to the flowchart currently used at public and private institutions, simplifying the administrative process. Those changes would significantly reduce the evaluation periods to 45 days, one of the faster approval timeframes worldwide.

Under the new proposal, ethics committees and research committees would hold joint meetings, followed by an evaluation by UHAPs. (For institutions where the UHAPs also possess the committees, the UHAP would perform the whole evaluation.) The proposed changes would allow the full pre-COFEPRIS analysis to be complete in a maximum of 30 days, a stark contrast with the current five to eight months. Likewise, COFEPRIS’ evaluation and decision times would be reduced from 30 to 90 days to 15 days, resulting in a total processing time of trial requests of 45 days. In addition, the importation permit for new drugs, which currently takes 15 days and is only processed after COFEPRIS’ decision, would be granted during COFEPRIS’ evaluation and would add virtually no time to the evaluation process.

Who Benefits From Local Clinical Trials?

For the health system, it strengthens capacity and streamlines processes at the centers involved in the trial, in terms of equipment and medical personnel, while also allowing the health system to collect important information about the drugs being tested. In addition, clinicians have the opportunity to experience first-hand the new treatments, which can be a determinant in driving their future prescribing. Finally, clinical trials are also responsible for job creation and increased investment in the country.

For patients, the advantages are obvious. They have immediate access to treatments that can potentially benefit them, instead of waiting an extended period for the approval of the drug and coverage by public institutions. In addition to access, they also receive a quality of care and monitoring superior to the current standard.

Finally, pharmaceutical companies, in addition to exposing local physicians to new treatments and allowing them to see their efficacy, can also establish important institutional relations with payers — a particularly important factor, especially in Latin America, where personal relations are still major drivers of business.

Despite Improvements, Challenges Will Persist

Despite the expected improvements in the regulatory approval process for clinical trials, some barriers to running clinical trials in Mexico will remain. One of the most important factors to consider is the uneven distribution of specialists and specialized infrastructure in the country. Despite coverage of the entire country, IMSS, ISSSTE, and SP concentrate most of their resources around Mexico City and large urban centers. Centers in less-urbanized regions may lack the proper human and material infrastructure to meet the requirements of some trials. This may require collaboration between the host institutions and pharmaceutical companies to develop the necessary infrastructure to support the trial. For instance, for the Dengvaxia trial, Sanofi and local authorities collaborated to improve the capacity of several sites to host the trial. However, this investment in the development of local infrastructure and training also brings benefits, as it can provide support for increased uptake of the product once it becomes available in the country.

As pharmaceutical companies start to see limited revenues in mature markets, prioritizing emerging markets is the logical next step. Mexico’s healthcare system has undergone continuous improvements that are expected to continue, but despite a willingness to adopt new technologies, the public sector does not have the capacity to implement them all on its own. Thus, pharmaceutical companies have the opportunity to become partners and reap benefits from early collaboration with local authorities. However, running clinical trials and even launching drugs in Mexico does not guarantee immediate success in terms of patient share; companies should be strategic and align with Mexico’s needs and public policies. For instance, drugs for high-prevalence diseases such as diabetes, for which a national health emergency was recently declared, would be better positioned than drugs for rare diseases.

If Mexico is able to fully implement the measures it is considering, it will be positioned to host more clinical trials and assume a dominant standing at a regional and eventually global level. This presents a golden opportunity from which pharmaceutical companies, health systems, and patients can greatly benefit.

Nuno T. Antunes is a senior market access analyst on the Market Access Insights team at Decision Resources Group, specializing in Latin American markets. In this role, he extensively conducts secondary and primary research with physician and payers to explore the impact of payer policy on physician prescribing in different areas, and to provide high level market access insights and analysis about the different markets. He holds a Ph.D. in animal health from the Universidad de las Palmas de Gran Canaria, Spain, and a D.V.M. degree from the Universidade de Trás-os-Montes e Alto Douro, Portugal.