By Laurie Halloran, CEO and Chairwoman of the Board, Halloran Consulting Group, Inc. 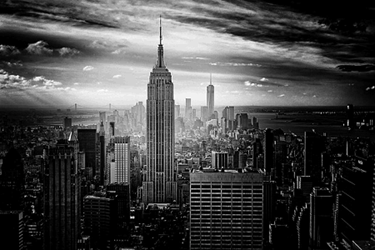 New York City has long aspired to become a life sciences hub, but while the city seems to have all the elements necessary to foster such industry growth, it has continually fallen short of this goal. New York currently ranks a distant third behind both Greater Boston and the San Francisco Bay Area, 1 and there’s some work to do if it hopes to catch up.

What New York has going for it is a richness of discovery cultivated by a high concentration of prestigious biotech companies, academic institutions, and academic medical centers, including Columbia University, New York University, New York Institute of Technology, Weill Cornell Medical College, and Icahn School of Medicine at Mount Sinai. New York is also home to three of the top 20 hospitals in the country according to U.S. News & World Report.2 While this combination of institutions and medical centers has accounted for about 800 patents since 1976, only a few mature New York metro companies have successfully commercialized products.

The challenges in this region are less about discovery and more about keeping development in the city. Emerging companies often flee the area as they begin to grow, but efforts have improved since the 2016 announcement of Mayor Bill de Blasio’s plan to invest $500 million over 10 years in the industry.This investment and recognition of a growing life sciences hub could lessen the large lead that Massachusetts and Northern California have created over several decades.

A major pain point for growing companies in New York is that laboratory space is at a premium.In 2014, GEN News reported that the city contained just 1.7 million square feet of lab space.To increase development, the city and de Blasio are providing $300 million in tax incentives aimed at creating an additional 3 million square feet of space specifically for life science companies.As a result, we can expect efforts to create incubators will only increase.In fact, both Johnson & Johnson and BioLabs@NYU Langone have announced that they will create incubators to encourage, in de Blasio’s words, “collaboration between our great research institutions, innovators, and startup businesses.”

While the Bay Area is the nationwide leader in venture capital funding both per deals (118) and capital ($2.6 B), there is no shortage of the same opportunity within New York. In fact, it ranks second behind the Bay Area in venture capital investment across all industries. The question remains whether companies will choose to spend that capital on developing the much-needed lab space or on other projects. Historically, companies have moved to New Jersey or upstate to avoid the high start-up cost of operating a lab within the city limits.

What do we see as ultimate impediments to a life sciences ecosystem that approximates some of the other successful geographies? Laboratory space and access to capital are only two of many.Back in 2010, then-governor Deval Patrick of Massachusetts created the Massachusetts Life Sciences Center to oversee a statewide initiative to make a 10-year, billion-dollar commitment to investing in life sciences. The leader of the MLSC, Susan Windham Bannister, Ph.D., outlined a three-tranche plan when the program was introduced. The three tranches identified were a commitment to fund infrastructure projects, investment-covered tax incentives, and an investment fund.

That investment fund has helped to continue the development of a strong workforce throughout Massachusetts, a key attribute for any thriving life sciences hub. This past June, Governor Charlie Baker indicated that the latest statewide life sciences initiative would be “about more targeted pursuit of enhancing the workforce here in Massachusetts, working with colleges and universities and other skill-building organizations.”3

One of those organizations Governor Baker alludes to is MassBio. As the state’s leading not-for-profit organization providing services and support for the Massachusetts life sciences industry, it has been vital to efforts in workforce development. Since its creation in 1985, MassBio has worked seamlessly alongside industry, government, and academia to create a community that supports the biotechnology industry with a qualified and diverse workforce. Even with a relatively robust and talented pool of workers in Boston, there is always a need for experienced product developers, especially those with regulatory and clinical expertise, as well as scientists and manufacturing expertise at all levels.

The New York life sciences ecosystem is still in the early stages of its development and has all of the characteristics of a burgeoning life sciences hub with the funding and the world-renowned institutions of scientists in place. However, investment of a different kind must be made to keep pace with Boston and San Francisco. A commitment to funding infrastructure projects and providing tax incentives and investment funds will help create lab space and ensure support for startup companies and will sow the seeds for longer-term growth into commercial entities within New York state.

Beyond the New York metro area, founders and funders should consider the opportunities upstate. Corporate expansion to establish manufacturing facilities outside the city’s confines would reap the benefit of the highly educated population that exists throughout the entire state, and investing in workforce development in selected regions could build capabilities in very cost-effective areas, such as Regeneron has done in Rensselaer, NY, vs. suburban New Jersey.

What Massachusetts and Northern California have ultimately created are life sciences communities that share experience and information within their strong pipelines of workers. New York must continue to foster that sense of community if it hopes to see continued growth. That community will include workers, investors, academic centers, and medical institutions all working together to advance research, develop therapies, and, ultimately, improve human health.New York has a solid backbone for a life sciences hub; It’s simply a matter of collecting the necessary resources that entice graduates of the nation’s leading academic institutions and young, innovative companies to stay within the city limits.

Laurie Halloran founded Halloran Consulting Group in 1998. She has built a successful consultancy of like-minded experts who are dedicated to the idea that every company deserves the best practices and know-how in the life science world, regardless of its size, its name or its financial situation. She is recognized as an industry expert in improving the organizational effectiveness of those companies.

Earlier in her career, Laurie worked in the outsourcing services realm during PAREXEL International’s rapid growth phase, where she developed competency-based programs for several departments within the organization and led the integration of the company’s European operating units acquired during her tenure. She later led clinical development at OXiGENE and Antigenics.

Laurie previously taught at George Washington University and Harvard University and currently lectures at Boston University Medical School and the Tufts Center for Drug Development Post-Graduate program. Laurie earned a B.S. in nursing from Russell Sage College and an M.S. in management from Lesley University. She is also a Prosci Certified Change Practitioner.