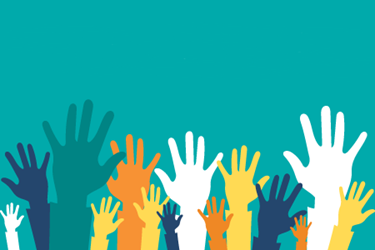 There are over a quarter million active clinical trials registered with the FDA right now, up from just 1 percent of that figure at the turn of the century. It's a $65 billion industry – clinical trials alone, that is, and it's only going to get bigger.1 A single drug trial will cost hundreds of millions of dollars at the very least, maybe billions, and take as long as a decade to complete. Many of those drugs will never make it to market.2 That's not insignificant, to put it mildly. Lowering the cost and shortening the time it takes bring new drugs to market would revitalize the marketplace and energize various stakeholders. First, let’s see why costs are so high.

According to independent research, clinical trials, not lack of efficacy, have been the main source of the failure of most drugs to make it to market.³ Recruitment and retention are notoriously difficult, and a third of investigative sites will fail to recruit a single participant. This demoralizing statistic holds true even for sites run by the National Cancer Institute.⁴ The problems don't end there. Back and forth exchanges with the FDA are highly likely to result in eventual noncompliance, with companies either filing late or deciding to cut their losses. This means there is a lot to be gained from improvements in every aspect of the process through virtualization of clinical trials.

Small biotech startups are well-positioned to leverage the power of virtual clinical trials. More nimble and with limited resources, which in turn fuels pressure from investors to demonstrate progress on shorter timelines, these companies can use virtual clinical trials to turn these qualities into competitive advantages. That's not to say they are uniquely suited to smaller biotech companies. The first ever virtual clinical trial was in fact conducted by Pfizer in partnership with a firm specializing in the necessary software and holding an exclusive license to use a patent held by Boston University. It was Pfizer that secured a waiver from the FDA to do a virtual trial.⁴ That's a complex arrangement, but it's par for the course for small firms to partner with large ones to perform highly specialized tasks. Arrangements like this give all comers a chance to get a foothold in the marketplace, which will surely look a lot different when it matures.

All too often, everything hinges on government. Depending on your point of view, the government might be seen as supportive or slow to catch up. Today’s pharma regulatory landscape resembles that of the taxi industry before ride-sharing services like Uber took it by storm and left local governments to play catch up. All the rules, which had been written before the rise of the internet, are no longer applicable.

Virtual clinical trials and telemedicine as a whole are in a bit of a Wild West period. But even the West itself wasn't so wild.⁵ Today, trade associations tend to form spontaneously to set necessary standards. Imagine virtual clinical trials being contracted out to a handful of firms, each with competing methods. A new order would simply arise from the old. As far as privacy and integrity of health data is concerned, blockchain can already address this, and the technology is seen by some as a prerequisite for virtual trials. Once the public gets an appetite for advancements like cheap transportation or feedback from wearable tech, the best course of action for government may be to make the best of it. Maybe it's a good sign that in this case the government has so far been more supportive than not. The FDA released guidelines for electronic informed consent and electronic case report forms (eCRF). It has sought industry input, and it has even started a pilot program to certify developers.⁶

More trials mean more choices. It's going to be hard to suppress, but incumbents are not going to cede market share without a fight. Virtualization of education, for example, is an idea thought to be long overdue, yet school choice efforts of any kind remain a battleground. Virtual classrooms are an 11-figure industry and there are always predictions that that number is about to shoot up.⁷ Virtual classrooms have yet to displace physical classrooms. Thus far, they've been more of a backup than a substitute, with kids watching lecture videos as a supplement when they come home from school. Virtual clinical trials likewise may never displace conventional trials. The originators said as much,⁴ and that's just a practicality. But there is a clear need for at least a tandem operation between the two, or even hybrid trials, for that matter.

Often, it's the most vulnerable and most underserved who benefit from virtualization. If we look at rural and impoverished parts of the country, inequalities are stark. Mississippi has only one primary care physician per thousand people.⁸ It has embraced telemedicine, by necessity. According to the Mercatus Center, it is both the poorest and the most telemedicine-friendly state. Wealthier areas can afford to ignore new technologies by spending more to keep the status quo afloat. Mississippi doesn't have that luxury. You cannot prevent countries or companies from leveraging technology to leapfrog the status quo. Ironically, which system is backward and which system is futuristic may be a matter of perception. But who are we to deny anyone the opportunity to participate in advancing their own healthcare?

There are legitimate criticisms of virtual clinical trials. Some interest groups worry about predatory advertising, given the ability to target social media accounts based on browsing history.⁴ Some people worry about the integrity of data and data collection in virtual trials, especially when the data may come directly from study participants or their wearable devices. Do advertisements encouraging people to "Ask your doctor about participating in a clinical trial" scare you? There was a time when Uber drivers didn't undergo sufficient background checks and riders were concerned. These sorts of problems tend to lead to reforms; they are challenges waiting to be conquered. At a time when even the Pope is calling for creativity in medicine and touting the benefits of virtual reality, it's clear in which direction our society is heading.⁹ If social media has taught us anything, it's the Facebook motto, "Move fast and break things."