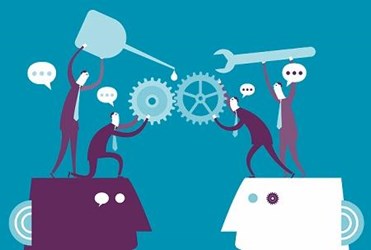 In 2014, TransCelerate BioPharma launched an initiative dedicated to creating a common protocol template (CPT), with a vision of addressing the increasing complexity of clinical trial protocol development and supporting the pursuit of protocol quality through a practical, harmonized and adoptable approach. Several weeks ago, the U.S. Food and Drug Administration (FDA) and the National Institutes of Health (NIH) released a final version of its own common protocol template — noting that it was in alignment with TransCelerate’s CPT, specifically, the new enhanced technology-enabled edition. They, like TransCelerate, recognized that the clinical trial protocol deserved renewed attention and modernization.

The coordinated release of the two templates is a major milestone for clinical research: The alignment between the FDA/NIH and TransCelerate is proof of the industry’s movement toward pursuing multi-pronged, collaborative solutions. Further, an effort of this scale reflects the important position that improving protocol development holds in the quest to advance clinical research: The aligned CPTs will enhance the quality of developed protocols, support regulatory compliance, alleviate administrative burden, and free up more energy and time for scientific discovery.

The Historical Complexity Of Protocol Development

Since 2010, the number of new studies registered on ClinicalTrials.gov has increased by approximately 20,000 per year. That means 20,000 individual clinical protocols with no framework for initial review. Also, despite the diversity of sponsors in clinical research — which includes pharmaceutical companies, academic centers, contract research organizations (CROs), and members of the NIH, among others — the protocols that must be developed ultimately rely on the same regulatory infrastructure for design, review, and implementation.

Protocols have also become increasingly complex and difficult to navigate. For example, if sponsors are providing protocols in their own structure, it often causes sites to spend unnecessary time deconstructing and interpreting protocols. What’s more, research from Tufts Center for the Study of Drug Development indicates that 66 percent of protocols are modified and that 1 out of every 10 amendments have issues related to human error. The need for rework is often associated with a lack of consistent quality, ultimately slowing down the drug development process and delaying the delivery of quality medicines to patients.

Upon the release of their new template, the FDA wrote, “Clinical trial protocols are critical components of any medical product development program.” Indeed, but the process of developing and interpreting protocols has been complicated and burdensome — until now. The long-felt need to make this essential process more cohesive and simplified is now being addressed with broad industry and health authority support behind it.

The TransCelerate CPT Initiative, coupled with the efforts from the FDA and NIH, has the potential to reduce the above-mentioned complexity and address quality issues previously recognized in clinical trial protocols. The overarching benefit is that the new CPT iterations will minimize confusion by making implementation and reporting less difficult for sponsors, sites, Institutional Review Boards (IRBs), regulators, and patients. It can also enable simplified study start-up and execution, as well as faster review time by health authorities.

Another important function of the CPT is that it enables trial sponsors to align protocol-defined endpoints with clinical data standards. The CPT leverages therapy area specific existing clinical data standards, in conjunction with the Clinical Data Interchange Standards Consortium (CDISC). The CPT endpoints and their objectives are actually metadata directly tied to the data collection standards and the terminology. Defined data standards ultimately support the CPT’s additional goal of harmonizing disease-specific controlled terminology as much as possible.

Connective Points And Differentiators Between The Two CPTs

Over the past year, TransCelerate collaborated with the FDA and NIH Protocol Template team to harmonize the structure of the two templates. Both efforts were grounded in the idea that when we streamline processes — and build connective tissue between similar efforts – we reduce burden and free up room for innovation.

The FDA, NIH and TransCelerate are aligned on the collective goal of increasing efficiencies and quality in protocol development by continuing to collaborate on templates. One key change to the TransCelerate template in this most recent iteration, for example, was the established level 1 and 2 heading structure, which will allow sites and regulators to more easily find information. The adjustments to the structure in the new release were reached thanks to input from the FDA/NIH Protocol Template team. The two protocol templates also support the use of data standards for required trial objectives and endpoints, and include common language.

Although the two templates are closely aligned in structure and vision, there are some key differences:

Those working on this effort believe that the protocol template’s intentional connectivity between objectives and endpoints, as well as future connectivity with study procedures, will enable reviewers and other key stakeholders to identify disconnects and unnecessary complexity, as well as inconsistencies in quality, that often accompanied protocol development in the past. There are also potential transformative changes thanks to the introduction of automation in TransCelerate’s technology-enabled CPT, which may even further lessen trial complexities, reduce errors in protocol development and enable overall harmonization. There is confidence that use of a common protocol template will soon become commonplace in drug development.

The availability of the aligned protocol templates from the FDA and NIH and the biopharma collaboration TransCelerate has been met with a firm embrace by industry stakeholders:implementation of the templates will contribute important efficiencies to the clinical development ecosystem, saving time, and most importantly, supporting the faster delivery of new medicine to patients. Ultimately, it’s a leading-edge disruption to a historical challenge that should be celebrated by all stakeholders in the clinical development ecosystem.

Rob DiCicco, PharmD, is currently at GlaxoSmithKline as Vice President of Clinical Innovation and Digital Platforms. He is also the Leader for TransCelerate BioPharma’s Common Protocol Template (CPT) Initiative. Rob has more than 25 years of experience in clinical development in a variety of leadership positions in CRO, mid-sized and large pharmaceutical companies. He received his Doctorate of Pharmacy degree at the University of the Sciences of Philadelphia. Over the course of his career he has had a key role in the development of a number of successful new medicines. Rob’s area of expertise includes clinical pharmacology and experimental medicine, innovative clinical trial design, project management and ethics in human research.