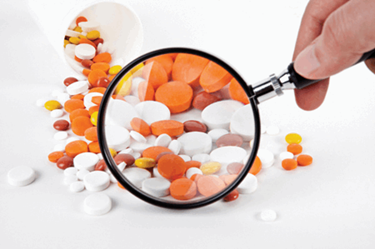 Earlier this year, the Department of Justice (DOJ) announced a $3.5 million settlement against Primex Clinical Laboratories, a California laboratory providing clinical diagnostic testing services. As if that multimillion-dollar fine was not ominous enough, the DOJ announced another settlement in the same press release: It had imposed a $270,000 fine against the CEO of a related pharmacogenetics testing facility. The alleged wrongdoing centered on “sham” clinical trials, purportedly designed to mask improper payments to physicians who ordered pharmacogenetics tests.

In light of the steep penalties imposed, clinicians and researchers alike would benefit from a review of the Primex prosecution, a primer on the basic legal landscape, and some practical tips for steering clear of prosecutorial scrutiny.

In mid-2014, two whistleblowers filed a lawsuit under seal in federal court.1 The lawsuit was a “qui tam” action — a lawsuit alleging fraud against the United States. The whistleblowers, former employees of a “marketing company,” alleged Primex and DNA Stat, another company, were engaged in a bogus clinical research study.

According to the lawsuit, physicians were recruited by first being asked to complete a “client profile form.” This form would register the physician and allow the physician to order tests as part of the so-called “clinical study.” Once enrolled in the study, physicians were allegedly given collection kits so they could collect bacterial swabs from patients. These swabs would, in turn, be sent to Primex so it could conduct pharmacogenomics testing and bill the Medicare program.

As a last part of the scheme, the whistleblowers alleged physicians were told they would be paid $50 for each test they ordered, regardless of result. If the physician changed their patient’s treatment protocol after receiving the results of the test, the physician could be compensated an additional $25.

After a multiyear investigation, the DOJ announced it found the arrangement to be suspect.2 Specifically, the DOJ alleged the arrangement violated the federal Anti-Kickback Statute. In suggesting so, the DOJ noted it agreed with the whistleblowers’ allegations and also added it was improper for Primex and DNA Stat to take into “account the volume and value of referrals physicians made to Primex for pharmacogenetic tests when calculating compensation.”

To resolve the allegations, the DOJ accepted $3.5 million in payment from Primex, the laboratory that actually conducted the tests and billed the government, as well as $270,000 from the owner of DNA Stat, the company that recruited physicians to participate in the clinical study.

Healthcare is one of the most highly regulated industries in the United States today. Within that highly regulated space, clinical healthcare studies are even more regulated. It would be impossible to synthesize the panoply of regulations in any academic article. Nonetheless, one legal concept is worthy of explicit mention: Clinicians and researchers are generally prohibited, by the Anti-Kickback Statute, from offering or accepting any payment in order to induce federal healthcare business.

The Anti-Kickback Statute was enacted in 1972 by Congress to protect patients and federal healthcare programs from possible fraud and abuse. Congressional leaders feared that when financial incentives factor into healthcare referrals, there is the risk of abuse. In particular, Congress specifically found that kickbacks or financial incentives have the potential to cause overutilization of services, increase healthcare costs, corrupt medical decision making, steer patients to certain services, and cause unfair competition.

Because of this, Congress passed a very broad statute that imposes criminal and financial penalties on anyone who knowingly offers or accepts “remuneration” to induce or reward patient referrals. Remuneration includes anything of value and can take many forms besides cash, such as free rent, expensive hotel stays and meals, and excessive compensation for medical directorships or consultancies. In some industries, it is acceptable to reward those who refer business to you. However, in federal healthcare programs, paying for referrals is a crime.

Physicians know from experience that they are often attractive targets for kickback schemes. Physicians can provide valuable sources of referrals to other physicians or laboratories. Thus, precisely because these referrals are valuable, Congress has chosen to prohibit anyone from accepting financial compensation for the referral of healthcare work, with some limited exceptions.

One of the most relevant exceptions in the clinical trial setting is the “personal services and management contracts” exception.3 Under this exception, clinicians may generally accept remuneration for their work and their possible referrals if the following conditions are met: (a) there is a signed, written agreement between the parties; (b) the agreement specifies the services to be performed and the amount of time required; (c) the agreement is for a year or longer; and (d) the compensation paid to the clinician is consistent with the “fair market value” of the work and not based on the value or volume of any referrals made.

While this exception exists, the DOJ and the Department of Health and Human Services (HHS) have not always accepted — at face value — agreements between clinicians and others. For example, when HHS published its comments on this exception, it explicitly noted that “for purposes of determining compliance with the safe harbors, we will evaluate both the form and the substance of arrangements. To be protected, the form must accurately reflect the substance.”4

The message is clear: If accepting money for clinical trial research, do so cautiously and with all appropriate diligence. Indeed, merely structuring an arrangement to fit with the “personal services and management contracts” exception may not be enough, if the government finds the compensation was not based on fair market value, for example. Indeed, now more than ever, the risk of noncompliance is great.

Practical Advice For Clinicians And Researchers

Against this backdrop, it is useful to emphasize that it is laudable for clinicians to want to participate in clinical research studies. Prior to doing so, though, clinicians should be mindful of the risks and possible attendant legal scrutiny. This scrutiny is all the more likely in cases where the clinician accepts payment for participating in clinical studies.

Where a clinician accepts payment for his work, he would be well-served by following the guidance articulated by the Pharmaceutical Research and Manufacturers of America.5 While these suggestions are not exhaustive, nor do they ensure immunity from any possible prosecution, adherence to them will likely demonstrate good faith efforts to legally comply in a regulated world. These suggestions include:

Again, these guideposts are not exhaustive. Nor does adherence to them ensure regulators will not ask questions. Nonetheless, as the adage suggests, an ounce of prevention is worth a pound of cure. Never is that adage more true than in modern regulated medicine.

Jason Mehta is a partner at Bradley Arant Boult Cummings LLP, specializing in government enforcement actions. Previously, he served as an Assistant U.S. Attorney in Jacksonville, Fla. During his five years as a prosecutor, he recovered nearly a quarter of a billion dollars for the U.S. government through False Claims Act suits and prosecuted dozens of companies and individuals. He also previously worked as an attorney-adviser for the U.S. Department of State. He can be reached at jmehta@bradley.com.

Lee Bentley is a partner at Bradley Arant Boult Cummings LLP. His practice includes the defense of False Claims Act and qui tam cases, internal investigations, and white collar criminal matters. Previously, he served as the U.S. Attorney for the Middle District of Florida. During his time as U.S. Attorney, his office led the country in the number of qui tam cases prosecuted and was routinely one of the highest performing offices throughout the country. He can be reached at lbentley@bradley.com.