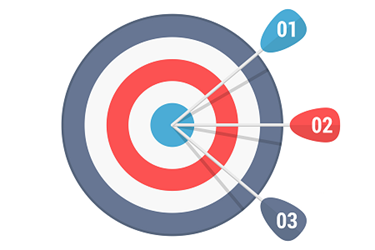 Our body’s immune system appears to be the most effective therapy to fight cancer—more so than chemotherapy, radiotherapy, or any other anti-cancer therapy currently available. However, the immune system is only effective if it can detect cancer cells.

The key challenges we have currently are: 1. cancers don’t always produce antigens/immunogens that are recognized by the immune system; 2. sometimes, even if they are produced, they can put a brake on the immune system; and 3. cancers that initially respond to therapy become resistant to that same therapy.

Several approaches are currently employed to increase immunogen content, such as infecting the cancer with a vaccine that introduces a new antigen/immunogen to the cancer that was not present before. Another approach is to force those cancer cells to effectively express an antigen/immunogen that they did not before.

2. Reversing The “Brakes” On Immune Response

The brake on the immune response is caused when two opposite checkpoint proteins, one located on the cancer cell (PD-L1) and the other located on immune cells (typically T-cells), called PD1 (programmed cell death 1), meet and physically bind with each other. Upon binding of PD-L1 to PD1, the immune cell leaves the cancer cells untouched, as opposed to attacking and killing them.

Since the discovery of the immune checkpoint (“brakes”) concept, novel pharmaceutical drugs, also known as checkpoint inhibitors, have been developed to essentially overcome the brake on the immune system.

Checkpoint inhibitors work by a very simple principle. If it is the binding of PD-L1 to PD1 that induces a brake on the immune response, then the solution to produce an immune response would be to prevent that binding. This can be achieved by shielding either the PD1 protein or the PD-L1 protein. So, if we physically insert an object between the PD-L1 and PD1 proteins, the two will simply not be able to bind with each other.

The pharmaceutical approach currently used is to insert antibodies between the PD-L1 and PD1 proteins. There are currently anti-PD1-antibodies that shield the PD1 protein, so PD-L1 cannot bind to it and anti-PD-L1-antibodies that shield the PD-L1 proteins to essentially achieve the same objective. Examples of PD1-inhibitors are pembrolizumab (Keytruda) and nivolumab (Opdivo). Examples of PD-L1-inhibitors are durvalumimab (Imfinzi), avelumab (Bavencio), and atezolizumab (Tecentriq).

Since the arrival of PD1 and PDL-1 inhibitor antibody drugs, we have witnessed a revolution in medical science and practice, as these new drugs have superior efficacy over traditional chemotherapy, and the achieved benefit from immunotherapy can be long-lasting.

Conceptually, but also evidenced by clinical data, immunotherapy is superior to traditional anti-cancer treatments (chemotherapy, radiotherapy, etc.); however, we still have a long way to go to fully convert the hope attributed to immunotherapy into full fruition of this promise.

Although very effective, not all patients have sustained benefit from immunotherapy. For example, if we look at NSCLC (non-small cell lung cancer), the checkpoint inhibitor Keytruda has sustained efficacy in “only” 50 to 60 percent of patients in first-line treatment, and the checkpoint-inhibitor Nivolumab has sustained efficacy in only 20 percent of second- and third-line patients. Ultimately, the goal is to have 100 percent of patients respond to immunotherapy, so we still have a long way to go.

Most of the immune-oncology combinations fail and, therefore, it would make more sense to determine the probability of success by looking closely at the pharmacological rationale for a given combination, and also to ask what critical steps in the complex immune system would be positively impacted with that particular combination.

HIV and cancer have many similarities. Both conditions deal with settings with a high speed of genomic instability, mutations, and a constant flow of recombinations, creating multiple mix-and-match mutants that quickly become resistant to drugs. In addition, both HIV and cancer create immune suppression. Patients suffering from HIV do not die from the HIV virus itself, but from the immune suppression that the HIV virus causes (due to CD4 lymphocyte depletion) that leads to multiple uncontrollable opportunistic infections.

Lessons learned from how we were able to control HIV are highly applicable to how we can control cancer in the future. We first treated HIV with a single drug of the class nucleoside analogues/nucleoside reverse transcriptase inhibitor (NRTI) zidovudine (thymidine nucleoside analogue). This drug was effective but not for long. The HIV virus rapidly found a way around it and quickly became resistant.  Next, zidovudine was combined the pyrimidine analogue zalcitabine, which markedly slowed the  resistance development of the HIV virus; this represented an improvement but not for a sufficient duration. The true breakthrough came when the concept  of triple-therapy was introduced by adding a protease inhibitor to the mix. The combination theory, called HAART (highly active antiretroviral therapy), includes at least three different drugs, each blocking a critical step in the viral replication process. Although the HIV virus could not figure out how to circumvent this triple-therapy approach, the initial triple therapy combinations came with a high degree of toxicity. Since then, newer HIV drugs have been added to the portfolio, including newer nucleoside and nucleotide reverse transcriptase inhibitors (NRTI/NtRTI), non-nucleoside reverse transcriptase inhibitors (NNRTI), protease Inhibitors, integrase inhibitors, fusion inhibitors, etc., which markedly reduced toxicity with triple combination therapy approaches.

With the recognition that immunotherapy is effective but is limited due to therapy resistance development, the relevant question to ask is: How do we create an effective triple-therapy approach for cancer to overcome resistance the same way we did successfully with HIV?

The immune system is a cascade of multiple key steps/events, and not a single step or event, and conditions for all these key steps need to be optimal in order to trigger the strongest possible immune response. This can be achieved by identifying (at least three) critical steps to target in the immune cascade.

With cancer immune biology, the first step of the immune cascade always starts with antigen generation, as mentioned above. The next step is presenting these antigens to activate T- and B-lymphocytes, which are the effector cells (foot soldiers) of the immune system. This step is conducted by antigen-presenting-cells (APCs), also called dendritic cells (DCs). Without adequate antigen-presentation to lymphocytes, there will not be an adequate immune response. Once the lymphocytes are activated (primed), they will migrate to certain organs (thymus, spleen, plaques of Peyer in the guts, etc.), to ripen and proliferate. Once ripe and activated, they will make their way back to the site/body part where the antigen was derived to trigger their activation, so they can attack and kill cells expressing these antigens. They need to travel through the blood vessels and make their way into cancerous tissue, a process called extravasation, which in itself is a challenge that needs to be overcome. From the sequence of events above, it is clear that there are many critical steps from A to Z in the immune cascade that can be optimized.

A potentially effective approach to cancer immunotherapy is to apply the lessons learned from our collective HIV experience to the cancer space and, most importantly, the notion that in an area of high genetic mutation turnover and resistance to single/double therapy development, the concept of triple-target inhibition (triple combination therapy) is the way forward in cancer biology.

BeyondSpring is currently conducting a Phase 3 trial (study BPI-2358-103; Study 103) with a double-target approach, wherein we combine our lead asset Plinabulin (a dendritic cell/APC stimulator/modulator) with a chemotherapy (Docetaxel) capable of releasing tumor antigen. With this dual-target strategy, we aim to achieve antigen generation and DC/APC activation/modulation, so that the Docetaxel-generated antigens can be presented by the DC/APC cells to lymphocytes, in this case, the T-lymphocyte repertoire. Study 103 is conducted globally and had its first interim analysis early in 2019. The second interim analysis is expected at the end of 2019, and if a prespecified positive result is obtained, that would provide important validation of this two-target approach (Docetaxel/antigen generation and Plinabulin/dendritic cell-APC modulation). Regarding triple-target therapy, BeyondSpring has initiated a triple combination approach with nivolumab (PD1-inhibition) + ipilimumab (CTLA4-inhibition) + plinabulin, each of which are targeting key steps in the immune cascade, in SCLC. We are currently designing studies with Plinabulin + chemotherapy + Keytruda (PD1-inhibitor) in NSCLC, and plinabulin + radiotherapy + durvalumab (PD-L1 inhibitor) in a basket of cancer indications.

The common concern with creating multidrug combinations is that each of the drug components can add to toxicity, leading to unacceptable overall toxicity. Plinabulin, however, reduces chemo-related toxicities, such as a lowering of white blood cell counts (neutropenia) or platelet counts (thrombocytopenia), thus eliminating these particular safety concerns.

The arrival of checkpoint inhibitors has heralded a new era in using immunotherapy to treat cancer with durable response. In order to meet its full potential, immunotherapy will need to be combined with other agents to further improve efficacy and safety, thus lowering immune-related side effects. Triple-therapy combinations for cancer treatment are expected to significantly improve efficacy, due to more effective avoidance of resistance to therapy, but will be the most impactful if  they can also avoid or improve on safety and quality-of-life concerns.

Ramon Mohanlal, M.D., Ph.D., M.B.A., is the chief medical officer at BeyondSpring, with more than 23  years of global experience in strategic drug development at Big Pharma and biotech startups. His expertise includes clinical development of drugs in all phases, regulatory filings, and maintaining drugs on the market. Dr. Mohanlal played a crucial role in bringing five drugs to market and was deeply involved in the development of 15 marketed drugs. He was part of the HIV drug development team at Glaxo Wellcome (now GSK) that cracked the code that turned HIV from a deadly disease to a chronic disorder. Dr. Mohanlal earned his M.D. and Ph.D. from the University of Leiden (The Netherlands) and his M.B.A. from the American Intercontinental University (Illinois). He can be reached at rmohanlal@beyondspringpharma.com.