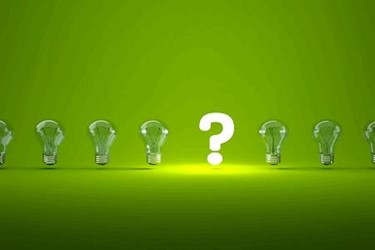 Upon my return from the recent DIA Biosimilars 2017 conference, I was faced with a relatively challenging question. It had nothing to do with which aspects of development are truly challenging the biosimilar industry — for instance, the statistical approaches to analytical similarity or other high science concepts that have taken up residence in my otherwise literary brain. Instead, my colleague asked me a more general question: if I had gotten a sense of where the industry is currently, and how those in the industry feel about the status of biosimilars in the U.S. After sitting through the many excellent panels at DIA, I’d have to say the answer is: It’s complicated. Hopefully, after my following discussion, you’ll understand why I, personally, have arrived at this answer.

Overall, this conference clearly demonstrated there is, of course, still hope the U.S. biosimilar industry will become a positive force in healthcare. In fact, there are a number of grand perceptions on what this industry could look like and how it could prosper. There were three topics of discussion that, arguably, could remove barriers to biosimilar development and advance it. These included the role statistics should/could play in biosimilar development, the overall suitability of the clinical trials currently used in the biosimilar space, and the role of the “global reference product.” But a phrase that was regularly used over the two days highlights one of the biggest issues standing in front of this industry: “There are more questions than answers.” And that’s a frustrating place to be.

I was particularly excited to attend DIA this year because I was itching to learn more about the industry’s thoughts on the FDA’s Statistical Approaches to Evaluate Analytical Similarity guidance. And I was not disappointed. In fact, one expert who previously worked for the FDA went so far as to announce from the podium that they wished the FDA had not gone through with releasing this guidance.

Now, to be fair, the FDA has stated numerous times that this guidance is not to be viewed as a “pass/fail” criterion. In addition, experts found little fault with a majority of the guidance, especially the FDA’s recommendations for evaluating tier-two and tier-three critical quality attributes (CQAs) — the CQAs that will have less clinical impact than tier one.

However, the real issue comes into play with the FDA’s suggested approach to use equivalence testing to analyze tier-one CQAs — the attributes that pose the highest potential risk to a biosimilar’s clinical impact. As Martin Schiestl, the chief science officer of Sandoz, stated, though it’s commonly used in clinical studies, “Equivalence testing is a new concept for regulating quality attributes.” He argued it’s particularly dangerous because it could lead to biosimilars being denied approval because of “random reasons.”

My most vivid memory of last year’s DIA Biosimilars conference was Schiestl’s presentation, which was a final plea to the FDA to rethink its then-forthcoming statistical approaches guidance. As I discussed in my article from last year’s event, one of Schiestl’s key concerns about this guidance was — and now is — that biosimilar makers would be stuck “hunting ghosts.” In the newly released draft guidance, the FDA’s emphasis on equivalence testing for tier-one CQAs promises to make determining analytical biosimilarity an even more rigorous pursuit — and in some cases, maybe even impossible.

Equivalence testing requires the biosimilar maker to compare the means, or averages, of two different data sets — in this case the mean of the biosimilar lots and reference product lots. Schiestl explained that, typically, the mean is used to show that all the product’s lots fit within predefined, acceptable ranges. Evaluating the mean is a particularly valuable tool for monitoring the product throughout process development and post-approval process monitoring.

Clinical Innovation: Aligning Science With The Business Of Development

A regular topic of discussion over the past few years has been the (alluring) possibility of reducing the emphasis on large Phase 3 trials. Though overall the panel provided some of the most interesting discussions on this topic I’ve heard, I was particularly struck by a presentation given by Richard Markus, VP of global development for Amgen. He asked, “What can we do so we’re not all doing stand-alone clinical trials that don’t incorporate the evidence that takes place prior to getting to the clinical trial phase of development?” For instance, a biosimilar is going to demonstrate some level of analytical similarity and pharmacokinetic (PK) similarity. If the biosimilar can demonstrate a high level of similarity in these two areas, he argues there’s not much uncertainty left when it comes to efficacy. In turn, a company could employ the use of Bayesian or frequentist approaches — statistical methods that can be used to tailor a Phase 3 study to better address any residual uncertainty — to curb the size of a Phase 3 trial.

As he pointed out, one of the key challenges facing the industry is getting to a point where the science aligns with the business of developing biosimilars. If we look at this space from a pure business standpoint, the current biosimilar clinical development strategy provides less incentive to companies. After all, every player is required to do large Phase 3 studies, no matter how closely their biosimilars match from an analytical standpoint. “Maybe if the manufacturers were incentivized to spend six more months in the lab working on tightening the analytical profile, there would be some reward for that greater effort,” Markus explained. For instance, the more that is gleaned from the analytical profile, the better one of these statistical methods could reduce the sample size, trial time, and investment.

Regulators Still Not Ready For The Global Reference Product

A few months ago, I read a newly published BioDrugs article entitled “A Global Reference Comparator for Biosimilar Development” by Christopher Webster and Gillian Woollett. This was my first exposure to the argument in favor of a “global reference product”— which would, ideally, be a comparator that has demonstrated a reliable profile following any manufacturing changes and has been approved by a jurisdiction aligned with International Conference on Harmonization (ICH) guidelines.

The use of a global reference product would eliminate the need for companies to present regulators with bridging data showing comparability between a locally sourced reference biologic and a foreign comparator. In some instances, regulators have exercised flexibility on the need for bridging data, which suggests this requirement is a matter of policy, rather than essential scientifically. In addition, eliminating the need for bridging studies could save costs and eliminate extraneous patient participation.

I urge you to read this paper in full, as it will do a much better job than I at explaining the scientific ins-and-outs of this matter. Not to mention, I think it establishes a valid argument for how to improve biosimilar development efficiency, which is a must in order to commercialize and price these products appropriately. I was particularly glad to hear experts at DIA highlight this topic as one we should be discussing at this stage of the industry’s development—especially given the WHO's recent announcement of its prequalification program for rituximab and trastuzumab biosimilars. Though there are still a number of unknowns about how that program will proceed, it does open the doors for there to be a global reference product. (And in general, major regulators have endorsed the benefits of this prequalification program.) The scientific feasibility of establishing and using a global reference product was brought up before regulators from Health Canada, Japan, the Netherlands’ Medicines Evaluation Board, and the FDA. Though many of the regulators acknowledged there is merit in this approach, they all highlighted some scientific, regulatory, and legal concerns standing in the way of this concept becoming a reality any time soon.

For instance, the FDA’s biosimilar mastermind Leah Christl homed in on the differences that can occur in products because of the nature of global life cycle management (i.e., manufacturing changes may not always be implemented globally at the same time). However, that’s not to say Christl hasn’t noted some movement in regulator/sponsor discussions toward greater parity in the bridging study space.

“We’ve had conversations with sponsors about what other publicly available information can be brought to bear to reduce the scientific elements of their bridging studies,” Christl said. “I think we’re going to continue seeing movement in that space on the scientific front.”

However, Leon van Aerts, a senior assessor for the Netherlands’ Medicines Evaluation Board, provided what I consider to be one of the key regulatory takeaways of this entire event. As he argued, the industry is still on “a learning curve.” Stakeholders may be excited to see the growth of this space. But, globally, it seems regulators are intent on gathering more evidence to learn more about the relationship between quality attributes and clinical impact. In fact, a question that arose multiple times throughout this conference was, “Which differences will matter?” Despite Europe’s 11 years of positive experiences with biosimilars, it seems this is one question that, to regulators, still does not have an answer.