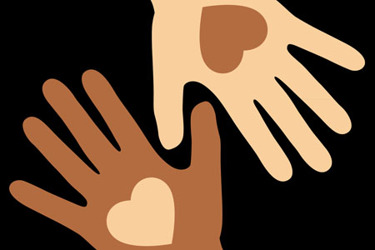 It is no secret that people who are ethnically diverse are underrepresented in clinical trials, and that is a trend that needs to change. Diverse participation in clinical trials is essential to ensure scientific innovations are safe and effective for all patients.

The field of hematopoietic cell transplant (HCT) is by no means immune to the issue of underrepresentation in clinical trial enrollment. However, lessons learned in HCT clinical trials can be applied to other areas to address these gaps and improve enrollment of patients who are ethnically diverse.

A recent analysis by the Blood and Marrow Transplant Clinical Trials Network (BMT CTN) demonstrates the widespread issue. The BMT CTN focuses specifically on clinical trials for HCT and cellular therapy. The team wanted to understand if its clinical trials had adequate enrollment of patients from underrepresented racial and ethnic groups (URGs).

While these data show a clear need to do better, the BMT CTN analysis contained valuable lessons on improving clinical trial participation. For example, the BMT CTN made changes to a trial examining the response to the COVID-19 vaccine in patients who received an allogeneic or autologous transplant or CAR T cell therapy.

As the clinical trial team reviewed an early analysis of trial participants, it found the trial was not accruing patients from URGs at the same rate as those who were non-Hispanic white. To get a more representative population enrolled in the trial, the team:

In two other trials, the team found the percentage of patients from groups other than non-Hispanic white was more than 5% lower in the trial centers than in all United States transplant centers. For future trials, the BMT CTN will look closely at the diversity of the population the center serves when selecting centers for trials.2

Eligibility criteria can prevent some patients from enrolling in a trial. For example, many allogeneic HCT clinical trials require a patient to have a fully matched (8/8) donor to be enrolled in the trial. This creates a disadvantage for patients who are ethnically diverse because currently the chance of having a matched, available unrelated donor on the Be The Match Registry varies significantly depending on a patient’s ancestral background. It ranges from 29% for Black and African American patients to 79% for non-Hispanic white patients.3

A clinical trial conducted by the National Marrow Donor Program (NMDP)/Be The Match and its research arm, the CIBMTR (Center for International Blood and Marrow Transplant Research), demonstrates what can happen when inclusion criteria expand beyond fully matched donors. Known as the 15-mismatched unrelated donor (15-MMUD) trial (NCT02793544), the trial assessed the safety and efficacy of using bone marrow from MMUDs in combination with PTCy graft-versus-host disease (GVHD) prophylaxis. The researchers concluded this approach was safe and effective and could significantly expand HCT access, especially for those who are ethnically diverse.

That alone is exciting. However, the researchers also noted 48% of patients enrolled in 15-MMUD were ethnically diverse, which is almost double the typical enrollment in HCT clinical trials.4 Several factors likely contributed to the high enrollment:

A clinical trial that expands on the 15-MMUD trial, called the ACCESS clinical trial (NCT04904588), is currently underway with accrual exceeding expectations at this point.

Each study will have to determine its own enrollment targets, but the population in the trial should mirror the population impacted by the disease or condition being studied as much as possible.

In addition, the BMT CTN will explicitly look at each center’s patient demographics as it selects trial sites and routinely monitor enrollment to ensure the study is on track to meet its diversity recruitment goal.

Eligibility criteria for clinical trials are often narrow and based on norms in non-Hispanic whites. Certain conditions, such as high blood pressure or mild renal insufficiency, may be more prevalent in URGs and may not impact the trial itself. If possible, start with eligibility criteria that are as broad as possible and adapt as researchers gain knowledge of safety profiles.

The world of clinical trials is complex for patients and their families. Clinical trial sites can use programs like the Be The Match Jason Carter Clinical Trials Search and Support Program to help patients learn about clinical trials and help them navigate the process.

The program also selects featured trials, which are specially selected based on several criteria, including a sponsor’s diversity, equity, and inclusion focus. As an example, the NMDP/Be The Match review committee accounts for the cultural and anti-bias training clinical trial staff have received and if the trial locations are in rural and urban areas.

5. Make it easy for patients to comply with follow-up assessments.

Sponsors can improve diversity of clinical trials if they make it easy for patients to comply with follow-up assessments.

For its COVID vaccine trial, the BMT CTN partnered with a laboratory located in many communities to take blood draws from trial participants rather than having the patient come back to the transplant center. This reduced travel time and expenses for patients, thus removing a potential barrier to follow-up assessment.

6. Use diversity resources to identify opportunities for improvement.

Clinical trial sponsors and sites can take advantage of available resources developed to increase racial and ethnic diversity in clinical trials, such as:

Clinical trial sponsors and clinical trial sites must work together to improve diversity in clinical trial enrollment. Improvement is essential not just in HCT, but in all areas of medicine, to advance health equity for racially and ethnically diverse patients.

Anna DeSalvo is a practice implementation principal at the National Marrow Donor Program (NMDP)/Be The Match. In this role, Anna helps translate research findings into meaningful programs and standardized practice to provide the best care and outcomes for patients. Previously, Anna worked with the Clinical Trials Search and Support team within NMDP/Be The Match. Prior to joining Be The Match, Anna worked as a genetic counselor in multiple clinical settings including oncology and clinical genomics. Anna graduated from the Icahn School of Medicine at Mount Sinai genetic counseling program in 2016 and is currently enrolled in the Certificate in Implementation Science Program with the University of California San Francisco.