From Idea To Patient In 10 Weeks: NeuroRx's Fast Track Approach 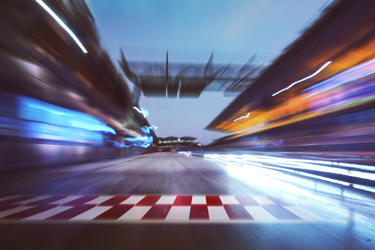 Psychiatry is an area that Jonathan Javitt never planned to work in. In fact, he still jokes that he flunked a psychiatry class while in medical school. Unfortunately, life has a way of changing your focus. For Javitt, who is now the co-founder and CEO of NeuroRx, that happened 11 years ago when one of his closest friends approached him to say he was battling depression.

“He said that I shouldn’t worry because he was going to see a well-known psychiatrist the following week,” says Javitt. “He wanted me to know because he thought he might need my support. Even though he saw that notable psychiatrist and was given antidepressant medication a week later, he committed suicide.”

That was a life-changing event for Javitt and resulted in him discussing the illness with his brother, who is one of the world's most widely published neuropsychiatrists. His brother, Dan, had spent most of his career studying schizophrenia in patients. That was about the time that researchers were starting to embrace the discovery of ketamine, a drug that has been used to treat depression. Dan has been active in this space since 1988, when he discovered and reported the existence of the NMDA receptor in the brain and its role in psychiatric illness.

The discovery happened while Dan was doing a psychiatry residency at Albert Einstein College of Medicine at the height of the “angel dust crisis.” Phencyclidine, or “angel dust,” was an abuse drug that was used to make marijuana seem more potent. At the time there were many individuals who would smoke a marijuana joint and wake up in a psychiatric facility acting acutely psychotic. Dan realized that to produce acute psychosis, the drug had to be binding somewhere in the brain. If he could understand where it was binding, Dan felt he could shed light on molecular basis of schizophrenia.

Jonathan and Dan reviewed data on NMDA antagonist drugs and their role in bipolar depression and suicidal ideation. Although Javitt expected Big Pharma to develop and commercialize the next generation of antidepressants, that did not happen. Instead, nearly all the major companies sponsoring antidepressant drugs shut down their entire psychiatry divisions.

“A couple of things were happening,” says Javitt. “Blockbuster drugs were going off patent and losing exclusivity. People were also recognizing the true impact of that suicide warning label on every known antidepressant. It was clear that companies were having trouble developing the next generation of drugs that would work appreciably better than the ones that were going generic.”

By 2015 Javitt notes he had enough. There was nothing on the market to help patients with suicidal depression. If Big Pharma would not produce a treatment, someone had to. So Javitt started a company to do just that.

The Birth Of A Company

Dan and his mentor, Stephen Zukin, the faculty director at Albert Einstein, discovered that phencyclidine causes psychosis by binding to a site in the brain’s NMDA receptor. This discovery led to a fundamental shift in the experimental approach to understanding schizophrenia. Approximately 10 years later, Dr. Robert Berman continued that research at Yale University. He administered Ketamine (a close relative to phencyclidine) to patients, and several called him back to say their depression was gone and they felt better than they had in 20 years.

Dan knew what was going on because he discovered the site where Ketamine was binding. Unfortunately, ketamine is hallucinogenic, highly addictive, and cannot be given by mouth. It also causes the death of brain cells and raises blood pressure. The hope was to develop a safer, oral drug that could also manipulate the NMDA receptor.

Dan patented and began to research a variety of drugs, one being a tuberculosis drug, D-cycloserine that was shown in 1959 to have a mysterious antidepressant effect. Later, once the NMDA discovery was made, it became apparent that D-cycloserine had NMDA-blocking properties that were far more controllable than ketamine. Dan’s research found that using drugs in combination tended to reduce side effects. Specifically, using an NMDA antagonist with an antipsychotic drug helped each treatment block the side effects of the other treatment. That is when NeuroRx was born.

A Different Kind Of Partnering

Having worked for large sponsor companies like Pfizer, Merck, and Novartis, Jonathan knew how long development efforts can take in those firms. From the moment NeuroRx was born, he wanted it to be a company that would be agile and could quickly meet the needs of patients.

“One of our goals was to develop a life-saving drug for $50 million instead of $950 million,” he states. “I am likely the only pharma CEO who is also the lead regulatory writer for the company and the point person for conversations with the FDA. We are a small company, and we all play a lot of roles.”

Javitt notes one trial for COVID where the company went from concept to administering a drug via IV to patients in less than 10 weeks. The timeframe is almost unheard of in the drug development space. The speed of manufacturing was critical to the speed of the project.

“I once watched a pharma company forfeit six months of patent exclusivity on a $2 billion drug,” says Javitt. “That is a lot of lost profit and the reason is they couldn't figure out how to manufacture clinical trial supplies for a pediatric patent extension in less than 24 months. We were able to do this quickly by breaking every rule and having the FDA there with us at every step. On March 1st, this drug was an idea. There was no validated API. There was no validated formulation. There was certainly no fill finish contractor with assembly line space that was ready for us.”

In normal circumstances, the FDA Good Manufacturing Practice (GMP) process would have consumed nearly a year in moving from concept to drug that could be given to patients. However, the FDA adopted the Coronavirus Treatment Acceleration Program that enabled them to look outside the box for new ways to speed drugs to patients. Javitt asked and received the FDA’s permission to make the experimental drug in an FDA-inspected formulating pharmacy, MedisourceRx, in Alta Vista, California. The FDA supported the plan and was provided with an inspection record and the facility’s GMP compliance. Javitt notes the manufacturing was nothing fancy but it was done in full compliance with the California pharmacy laws, and the FDA granted permission for them to move forward.

“That is how we did this so quickly,” says Javitt. “We showed FDA our formulation data, the chromatography, and the sterility data for our IND. We were in the middle of the worst public health emergency of the last hundred years and the FDA gave us their blessing.”

Javitt also believes the company’s hands-on approach allows it to reduce timelines and costs. “I am aware of companies that will hire a CRO and hand their trial off to them,” he says. “They let the CRO do everything and hope they come back with the data you need. That is not our philosophy. We use CRO services, but we want to be the face investigators see. I think that makes all the difference. It is important to keep your studies moving forward, and the way you create dedication among your investigators is by being hands on with them. With the COVID trial I mentioned, I had the privilege of doing scientific writing together with one of our investigators. That makes us partners in fighting a disease, as opposed to having a CRO acting as a contractor managing a protocol and overseeing the flow of money.”

Site selection is something that is very important to Javitt. Although that task is often left to CROs, he prefers to be personally involved. In the area of bipolar and suicidal depression, he believes there is a group of psychiatrists who have long been frustrated with Big Pharma's unwillingness to address the unmet need.

“Word got around that NeuroRx was foolish enough to go after this condition,” notes Javitt. “Those psychiatrists came to us and said they wanted to participate. From those contacts we built our network of sites and were able to start recruiting patients.”

For the COVID-19 study the path was a little different. NeuroRx started off with two dedicated sites, one of them being the University of Miami. At the time, the University was not doing anything with COVID patients. However, Javitt had some close friends at the Bascom Palmer Eye Institute within the University. They knew what NeuroRx was working on and went to the dean of the school insisting the school be a leading site. Javitt was introduced to the primary investigator and the relationship has flourished.

“I think study sites and study physicians react in a very important and positive way to dedicated scientific researchers. They are never going to react in a similar way to an executive in a suit who works for a CRO. The dynamics are very different.”

The employees at the core of the company are people Javitt has known for decades. He notes that 95 percent of the people he has worked with in Big Pharma are intelligent and competent. Still, they don’t wake up every morning wondering how they can break the system or push the envelope. The 5 percent who do are the ones Javitt is looking for.

“We want people who are always looking for a way to do it faster, better, and cheaper,” he says. “Your employees should always be questioning how they can reinvent themselves and their approach to bringing new drugs to patients. When you find those people, they are worth their weight in plutonium.”