How Can We Begin To Solve Unconscious Systemic Bias In Clinical Trials? 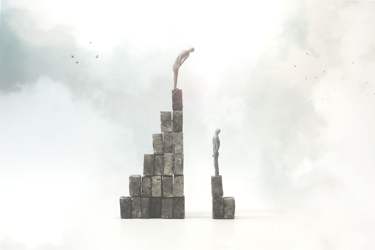 As systemic racism is being addressed around the world, it has coalesced with the timing of COVID-19. Over the past six months we have learned that the rates of infection in our minority populations are disproportionately higher than in other groups. Is this because the virus discriminates based on ethnicity or race? No, it is because of several factors that will be described below. This should be of concern to all of us, not because it is an unfixable dilemma, but because it is perpetuated by human behavior, false information, and centuries of unresolved inequities. Halting disparities in clinical trials during the time of COVID-19 will take eradicating unconscious bias, building trust in diverse communities, dispelling long-held myths, constructing relationships, and educating patients, family members, and physicians.

Reasons For Disproportionate Poverty And Inequities In Communities Of Color

Several factors contribute to the higher rates of poverty and inequity in minority communities:

Why bring this up in Clinical Leader? How does this pertain to clinical trials?

Pre-COVID-19, the percentage of African Americans and Hispanics/Latinx participating in clinical trials was 14 percent and 7.6 percent, respectively. These are dismal participation rates, which don’t include other groups of individuals who fall under the umbrella of diversity (females, LGBQT, elderly, youth). Despite identifying the barriers and concerns in these populations to participation in clinical trials, we continue to struggle with the formula for creating racially and ethnically balanced clinical drug participation.

Without adequate participation of ethnic/racial minorities in our clinical trials, we miss the opportunity to understand how the therapy works in minority patients, whether it is safe, and how much drug is needed to be efficacious. Conversely, these potential participants continue to look in from the outside and feel disaffected (if they are even aware of the research). But there are other important aspects that are lost that are equally important:

Is There “Unconscious” Systemic Bias In Clinical Trials?

Rather than assuming one single contributor of drug development is solely responsible for disparities in clinical trials, let’s look at it as a systemic matter. There are many factors that contribute to underrepresentation at both the sponsor and site level. I discuss them below and present suggestions for mitigation.

A lack of diverse community involvement early in the development process impacts a multitude of decisions that affect racial and ethnic minorities.

There are several modalities for acquiring patient insights, from protocol concept development throughout the life of a protocol or program. Some of these include short-term focus groups, patient advisory groups that are sustained throughout the protocol, and telephone or online surveys. Without adequate representation from racial and ethnic minorities, the sponsor risks: not understanding and mitigating the barriers to recruitment and retention; not hearing the buzz about the disease and/or treatments in the community; not understanding common misconceptions and working together to find solutions; missing the opportunity to identify sources for referring physicians, new investigators, and potential patient pools; and not understanding the challenges of living with the disease in the community and the expectations of a treatment and/or cure.

Until the last decade, protocols and protocol-related documents were created by the sponsor and often reviewed by thought leaders. However, it became evident to sponsors (perhaps from listening to patients and their advocates) that the experiences and opinions of those living with the disease and/or their care providers could increase the chances of creating “patient-friendly” study materials. It was presumed that the outcome would yield easier to understand, simpler to follow protocols, reducing dropouts. All of those advantages and many more have emanated from early and ongoing patient/care provider input to study teams. However, if these patient advisors do not reflect the true population of the disease or do not include an appropriate number of ethnic and racial minorities, the insights and data collected and used will have huge gaps that can and will affect the protocol. One example of a variance may be seen in the lack of enrollment of minority patients. If issues pertaining to ethnic and racial minorities that would impact their participation (such as inclusion/exclusion criteria, office hours, transportation, non-diverse recruitment materials, etc.) were only minimally discussed because they were deprioritized due to lack of minority/diversity involvement, not only would a huge opportunity be missed, but it would be the wrong thing to do.

Sponsors tend to use many of the same sites in their clinical trials. There are many reasons for this, including maintaining long-term relationships with sites; history of high recruitment and retention at a site; ease of sponsor or CRO travel to a location; and a history of providing clean and timely data to the sponsor. While all these factors are important to reach a filing, this model can perpetuate the inclusion of the same “type” of patient participants being recruited for the trials. In other words, if these sites do not have a history of including racial or ethnic minorities into their trials, do not have minority physicians or other ethnic or racially diverse personnel in their practice, or lack relationships with minority healthcare providers, community members leading diversity and health education, faith-based organizations, and other well-known trust bearers in the minority population, one can argue that the patients’ ethnicity will continue to remain the same. The author is not assuming this is done on purpose at the site level; however, it may be attributed to lack of time, lack of site resources, lack of knowledge, and/or unconscious bias. Solutions may include:

1. Create and support centers of excellence in rural and urban centers. Sponsors could partner with organizations such as BIO/CTTI/Pharma/TransCelerate to create centers of excellence at smaller community hospitals with large populations of ethnic/racial minority physicians and patients.  This would create clinical trial education and referral programs for physicians not interested in becoming investigators. By becoming part of the process and not an “outsider that is never seen or heard from,” they could continue to follow the progress of the patient participant and reduce the worry about long-term patient attrition. In fact, they could conceivably be included from time to time in the discussions between the PI and the patient participant. Moreover, lack of awareness of and accessibility to clinical trials, currently a common issue at physician and community hospitals not involved with clinical research, would be resolved.

2. Pair community hospitals with leading academic hospitals. We know that a large proportion of underserved patients are visiting community hospitals and physicians. While some of these institutions may be adequate, there is data to show that many of these community hospitals do not provide the same level of care as the leading academic centers. Moreover, many of the patients seen may be good candidates for participation in clinical trials. Given travel restrictions, job and family obligations, monetary concerns, and lack of referrals, many racial and ethnic minorities are unable to be seen at these preeminent institutions.

However, there is no reason why some of these community hospitals could not be paired up with major hospital institutions. The long-term goal would be to arm the community hospitals with the same standard of care, availability of clinical trials, patient referral programs, and increased diversity choices and participation. This would take careful planning, oversight and metrics to ensure that quality is above reproach. But there is precedent for success in the transition of countless community hospitals into lung cancer centers of excellence, thanks to Bonnie Addario and G02 Foundation for Lung Cancer.

By creating community centers of excellence, you bring together the strengths of a community setting, such as understanding the culture and the relationships within the community and the ability to pair nurse navigators with those with a desire to understand other treatment options for patients.

Recently, the American Society of Clinical Oncology (ASCO) and Association of Community Cancer Centers (ACCC) announced a joint venture to accumulate innovative ideas and potential solutions to increase awareness, accessibility, and participation in oncology clinical trials for underserved populations.2 This is a model that could be replicated across disease areas and customized to fit the nuances of both the patient populations as well as the illnesses. By including different perspectives — patients, caregivers, advocacy groups, community trust bearers, sites, and sponsors — we may not only gain workable solutions, but we may also build buy-in due to the collaborative nature of the process.

Disparities in clinical research is a long-term problem that is challenging to resolve. It’s going to take a village — the sponsors/CROs, sites, communities/trust bearers, and patients — to do so. This is an extremely bright and innovative group of individuals who have overcome incredible odds when it comes to treating some of the worst diseases we’ve faced. It is going to take courage — the courage to say to each other we are not being inclusive. We are going to have to take internal inventory to determine what unconscious biases live within us. It’s going to take the stamina and drive to stand up and say, “this is wrong.”

As the Talmud says, "When you save one life, it is as if you saved the entire world.” Novel treatments that are tested in clinical trials belong to everyone who qualifies: women, men, ethnic and racial minorities, LGBQT community members, the old and the young. We all deserve a chance to save our lives.

Lori Abrams is executive director of Patient Advocacy & Diversity at WCG Clinical. She previously was in R&D at Bristol-Myers Squibb for 20 years, the last five as director of Diversity and Patient Engagement. This group integrated the voice of the patient and caregiver into the clinical trial process, developed relationships in the disease-based and minority-focused communities, and helped colleagues understand the challenges of those living with diseases. You can email her at labrams@wcgclinical.com.