How Much Transparency Is Too Much With Clinical Trials? 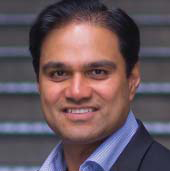 There is a growing movement by some researchers and regulators to increase disclosure of clinical trial results. According to advocates, the push for greater transparency would result in the publication of all clinical trial results, including those currently under investigation, as well as past trials conducted. In response, several pharmaceutical companies have publically embraced the concept of clinical trial transparency, notably AstraZeneca with the recent creation of a Scientific Review Board to independently assess requests for data.

At issue is the ability of researchers to independently verify study results and, consequently, improve patient treatments that can lead to better health and lower healthcare costs. This initiative has been gaining ground due to various safety scandals that revealed trial data for some products was never fully published or disclosed, and the efficacy of some recommended medicines has been questioned. It’s not clear that patients would truly benefit from this level of transparency.

MORE INFORMATION MAY EQUAL MORE CONFUSION FOR PATIENTS
Too much transparency in drug development might be problematic for many patients facing difficult diagnoses, says Barry Milton, a seasoned clinical trial specialist with more than 25 years’ experience in both the healthcare and pharmaceutical industries. “In particular, without the proposed lay level of communication, the disclosure of clinical trial data and results may intensify confusion for some patients,” he comments. Initiatives under way by the Center for Information & Study on Clinical Research Participation (CISCRP) are a positive step toward addressing this concern. Yet, as the transparency movement builds, the availability of a layperson translation would have to be tempered with the fact that there are an estimated 781 million people around the world who cannot read or write, and the average reading level in the U.S. is grade nine. How do we expect the general population to read outputs crafted at the Master/Ph.D. level?

It’s not just patients who sometimes have trouble interpreting clinical trial information. Even clinical trial specialists sometimes find it hard to distinguish between a result that is truly positive and one that is just a result, since the comparison of the information to reallife clinical practice is not always clear in scientifically driven reports. And there are additional challenges. In a recent article, W. Nicholson Price II of University of New Hampshire School of Law and Timo Minssen, researcher at the University of Copenhagen, warn that new regulations requiring clinical trial data disclosure might make it difficult for companies to patent new medical uses for known drugs. Without sufficient alternatives, this may inhibit the development of new medical uses toward market approval.

These issues tend to be of greatest concern when patients are overwhelmed by their diagnoses and rely on their physicians and caregivers to bolster their knowledge levels as part of making healthcare decisions. If they are presented with volumes of data regarding clinical trials of their current and potential future drugs, they would need to be given time and support to understand how the data affect them.

Everything we do in clinical trials is rooted in the human element. And the issue of transparency highlights that it’s not just about technology, cost savings, and faster time lines. It’s about making a difference to patients who want and need treatment. Milton drives this point home in a touching anecdote about his mother.

“My mother was diagnosed with stage IV colorectal cancer at the age of 67. She had an eighth-grade education and an excellent group of physicians to help her through her treatments. However, when it came time to talking about prognosis and treatments, she deferred to her doctors and me. The only time she provided input was when we discussed her prognosis — a 95 percent chance of her dying even if she did not take treatment A. Her response was ‘Well, maybe I am part of that 5 percent.’ She did not care about what made up the 5 percent, only that she had hope to be part of it. I believe that in some cases, our need to expose the data comes at the risk of removing hope, and sometimes, hope is the real drug of choice for some patients. That can’t be explained in a clinical trial,” Milton notes.