When Andy Lee joined Genzyme from Pfizer, the differences between the companies were staring him in the face. Walking the corridors around his new office, Lee passed artwork by rare disease patients. This was a different sort of drug development organization. Even the building was patient-centric.

Lee, now senior VP and deputy head of clinical sciences and operations at Sanofi, recounts this tale while talking about the experience of going from Big Pharma to biotech and back again. While Lee has nothing but good things to say about Pfizer, it is clear the 18 months he spent at Genzyme before its acquisition by Sanofi reshaped his thinking, particularly regarding how the industry runs clinical trials. 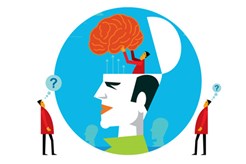 “The classic clinical trial asks ‘what does the sponsor want and need?’” says Lee. Everything is focused on delivering the data the sponsor needs, with little consideration given to the two stakeholders intimately involved with generating the results — investigators and patients. This attitude manifests in many ways, such as with electronic data capture (EDC) tools designed more for the sponsor than the user, clinical study nurses, and doctors.

Of course, the irony is that the sponsorcentric approach has done little to benefit Biopharma companies, which are paying more and more to run ever-larger trials that nonetheless still fall short of expectations. Activating a trial site costs up to $35,000, yet many never recruit a single patient. Equally, activating the trial sites and building other aspects of a clinical infrastructure takes time, pushing back drug approval dates.

Tufts Center for the Study of Drug Development calculated that between 1999 and 2005, the average length of a clinical trial increased by 70 percent and the burden on study staff rose by 67 percent. At the same time, enrollment fell 21 percent and patient dropout rates grew 30 percent. Lee saw the model was unsustainable for sites, patients, and pharma, and set about adopting lessons learned at Genzyme to change the paradigm at Sanofi.

Learning Lessons From Rare Disease Trials
The different approach taken at Genzyme was borne out of necessity. Biotechs, even those that grow as big as Genzyme, are used to running trials on a tight budget. Splurging $350,000 on 10 clinical trial sites that never recruit a patient is an unacceptable use of limited resources. The nature of the drugs developed by Genzyme, which target rare diseases, increases the likelihood this scattergun approach will fail, too.

Around 6,000 people in the United States have Type 1 Gaucher disease, the genetic disorder targeted by Genzyme’s blockbuster biologic Cerezyme. There are 4,300 times as many patients with diabetes. When designing a clinical trial for an orphan drug — the term for treatments targeting rare diseases — companies must think how this massive difference in prevalence affects their patient recruitment strategies.

“Finding a rare disease patient is like predicting the next lottery winner,” says Lee. Instead of simply activating sites in metropolitan areas and waiting for patients to arrive — the flawed “if you build it, they will come” strategy — rare disease drug developers must take a more nuanced approach. It is no use activating trial sites in the 10 biggest cities if the only patients you can find are in rural areas of Brazil or Montana.

Consequently, Lee and Genzyme design studies that build support, capacity, and infrastructure around the patient long before the trial begins. This reverses the traditional model and takes the trial to the patient wherever possible. Instead of telling a patient to travel to a trial site, a nurse visits the person’s home to do the infusion. When travel is unavoidable, the sponsor helps with logistics. “It’s not rocket science. It’s just about making things easier for the patient and site,” says Lee. The process starts upstream in the study designs, where the input and engagement of patients and advocacy groups is essential.

Technology can facilitate this approach. Lee is particularly effusive about the potential for telemetry innovations to enable remote data capture, severing the link between a patient’s location and their ability to join a study. While such technology is already creeping into the consumer space in self-tracking devices, it is still on the cusp of acceptance in clinical trials. Lee is on a mission to accelerate adoption.

The potential is massive. Take the transdermal monitoring patch in development at Sano Intelligence, a start-up backed by seed fund Rock Health. Sano is trying to create a patch that continuously monitors glucose levels, kidney function, and electrolytes. Others, like Imec, are working on electrocardiogram patches. For trials, these patches could yield unprecedented insights into the health of participants between site visits.

How To Bring Biotech Ideas Into Big Pharma
It is one thing to talk up an innovative prototype or novel methods used by a biotech in a rare disease trial, but quite another to implement experimental strategies at a Big Pharma company. The scale of Big Pharma companies necessitates reliable, industrialized development processes. Moving away from established methods is a risk. Yet, as these processes are failing, maintaining the status quo is a risk, too.

Lee, who is tasked with bringing innovation into the workings of Sanofi, grapples with these issues on a daily basis. Having the support of management helps. Lee says Sanofi’s leaders are keen to adopt a culture of “open innovation” and establish a “biotech” mentality to help drive productivity and develop new medicines. Recently, this has led to the company implementing ideas from rare disease trials.

Instead of simply activating lots of sites and hoping patients show up, Sanofi is working more strategically with key research institutions from around the world. The strategy has reduced the overall number of sites needed in a given study. Together, Sanofi and the sites are trying to understand how and where patients access clinical trials, as well as ways to reduce the burden of their protocol designs. Through these partnerships, investigators and study nurses are able to provide Sanofi with real-life clinical perspectives as part of program and protocol development.

“This type of advice allows us to design studies void of challenges that could otherwise prevent some patients from participating, and it allows research sites to recruit more individuals in a given study,” says Vicky DiBiaso, head of investigator and patient networks at Sanofi. The sitefocused method should also cut down on turnover of investigators — a major problem for efficiency and quality — while reducing the proportion of locations that never recruit. Lee has been thinking about this model for years. In pharma, it takes time for ideas to come to fruition.

New technologies also go through a long gestational period. EDC, for example, was available for years before becoming mainstream. For Big Pharma, these gradual, phased introductions allow for the testing of innovative technologies without disrupting the running of vital clinical machinery. Lee is taking this stepwise approach at Sanofi, using postauthorization safety studies as a proving ground for new tools.

If successful, widespread use will follow quickly. Sanofi is looking to pilot iPad technology for informed consent, replacing bulky, paper-based, 20-page documents with interactive electronic forms. By allowing patients to give consent at home, a less stressful, time-pressured environment than the clinic, and using video “explainers,” Sanofi is trying to make the process more informative and less daunting. In the future, sites will also benefit when new versions of the consent form are administered and tracked through electronic updates, eliminating the risk of using outdated documents.

Creating An Environment For Innovation
Shire is also trialing iPad e-consent, and Lee is pleased other companies are tackling the same problems. In presentations, he quotes Steven Johnson, an author who popularized the theory that innovations stem from the collision of small hunches. The more people who are thinking about a problem — and sharing their thoughts with like-minded individuals — the greater the chance they will hit upon a real breakthrough.

Biopharma as an industry clearly contains lots of people who are thinking about how to improve clinical trials. What is more questionable is the extent to which they are discussing their hunches with peers. In the past, Biopharma companies have been reticent to share their thoughts with competitors. In Johnson’s model, this isolation of ideas slows the rate at which small hunches turn into full-blown innovations.

Lee sees these walls between companies coming down. Last year, 10 Big Pharma companies, including Sanofi, founded TransCelerate BioPharma to collaborate on overcoming their shared problems, such as sourcing comparator drugs and communicating with trial sites. If Johnson is right, the creation of a space in which ideas from different firms can mingle should spawn innovative solutions to pharma’s problems.

At the very least, banding together could help overcome one of the obstacles to adoption of novel tools. “There’s a fear of going alone and falling afoul of regulators,” says Lee. By approaching regulators up front as a collective, the risk of trying something new is shared. Regulators also benefit from having one point of contact, instead of dealing with multiple firms running similar projects. This simplifies communication.

TransCelerate has already expanded beyond its 10 founding companies, adding another 8 members in its first year. The very existence of the organization shows companies are rethinking which of their functions give them a competitive edge and which are better handled collaboratively. With all five of TransCelerate’s initial projects focusing on trials, it is clear that operational aspects of human studies are classed as precompetitive.

As Lee puts it: “It’s expensive, and it’s broken for all of us. To borrow a JFK quote, ‘a rising tide lifts all boats.’”