How Standardization Can Be An Innovation In Clinical Outsourcing 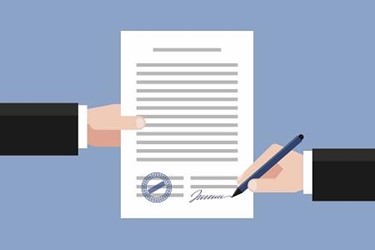 Is there anything more boring than discussing standards?  Think about it: Most people want to stand out and be different, and the world is anything but standardized today. I mean, it can take 20 minutes trying to figure out which toothpaste to buy from what seems to be a hundred options at the local supermarket.  And I am just as guilty as the next person — I would rather acquire a new business or launch a new product line than sit in a meeting about developing and implementing standards. However, the reality is that standards are our friends.

If you are reading this, you probably already know that “almost 80 percent of clinical trials fail to meet their enrollment timelines,” and thus run over time and budget.  Additionally, lost revenue from trial delays can range from $600,000 to $8 million daily.1 I believe that implementing standards in a few administrative areas, such as “bid grids” or contracts, would be an innovation that would help speed up timelines and reduce the costs associated with drug development.

I was fortunate that Becky Kush, founder of the Clinical Data Interchange Standards Consortium (CDISC), allowed me to interview her for this article.  CDISC is a nonprofit with the goal of developing and supporting global, platform-independent data standards that enable information system interoperability to improve medical research and related areas of healthcare. Through our conversation, I wanted to get a better understanding of the efficiencies created by CDISC’s Clinical Data Acquisition Standards Harmonization (CDASH) standard, which is used to collect patient-based clinical research data.

According to Becky, the CDASH standard can save “70 to 90 percent of the start-up time associated with a clinical trial” and “60 percent of total clinical trial time, excluding patient participation time driven by the protocol.” Even with those efficiencies, CDASH is not always leveraged effectively within the industry: To achieve maximum impact, many sponsors would need to conform their internal standards to the CDASH format at the beginning of the research process. Becky stated that many sponsors use their internal formats and then convert to the (Clinical Data Interchange Standards Consortium) CDISC format for regulatory submissions at the end, which costs time and money. I walked away inspired by our conversation, and determined to come up with a few ideas that could provide additional efficiencies.

The first task was to quantify the cost bucket: I estimated that more than $248 billion in sales, general, and administrative (SG&A) costs is spent annually by pharmaceutical companies, clinical research organizations, and clinical research investigator sites.

Here is how I arrived at this figure:

I understand that not all SG&A expenditures support clinical research, but I wanted to at least get a sense of the magnitude of overall SG&A costs.  As a reference point, annual pharma R&D costs are estimated to be approximately $147 billion.  Based on my experiences as CFO of Theorem Clinical Research and Omnicare Clinical Research, I believe there are opportunities to reduce administrative time and cost in the system.

CROs and sponsors have both been accused of being slow to innovate. Stephen Cutler, then COO of Icon, stated that [with regard to innovation] the clinical trial industry “sits somewhere between antiquated and appalling.”5 Common areas for innovation include using risk-based monitoring, technology to become more patient-centric with regard to recruitment/retention, and predictive trial modeling.  However, for this discussion, I’d like to focus on how standardization in a few key areas could be equally innovative.

Risk-based (or deliverables-based) contracts for CROs have become commonplace.  The idea is that a CRO can either gain or lose revenue based on achieving predetermined deliverables, usually focused on study timelines (thereby aligning the CRO with sponsor objectives) and providing reinforcement through financial incentives.  Conceptually, I agree with this; however, I’ve seen this strategy frequently fail when the sponsor’s project team does not have the same operational objectives and financial incentives.  Ultimately, sponsors and CROs are partners with the common goal of a successful clinical trial. Alignment of objectives and incentives between sponsor and CRO project teams would foster more cooperation, camaraderie, and innovative thinking, as both sides would have “skin the game” and be motivated to achieve the same goal.

While at Theorem, I was involved in the negotiation of a risk-based contract. The sponsor kicked off the call stating that “This trial is the most important in our portfolio,” and, of course, delivering it on time and on budget was critical.  The contract included a clause related to document turnaround time: We proposed three days, while the sponsor proposed six weeks! I chuckled, thinking he was joking, but in his explanation, he cited everything from vacation time to competing internal deliverables. As you can imagine, we pushed back — could you imagine if it took six weeks to get approval on every clinical site agreement.  I came to the realization that risk-based contracts would always be flawed unless both “partners” were held to the same standards.

Based on my experience, it takes roughly two to three months for a sponsor and CRO to execute a contract after the work has been awarded. In fact, while I was writing this article, Parexel changed its backlog policy, reducing backlog by 33 percent for awarded work that has not been signed to a contract. Three months to negotiate a Master Services Agreement or a Clinical Study Agreement is excessive: The industry has matured to the point where contracts should be standardized. A 2015 article indicates that Stanford University joined more than 200 academic institutions and hospitals in adopting standardized research and confidentiality agreements used in industry-sponsored clinical trials.6   Similarly, data from a study that examined contracts processing for the 2010 Clinical and Translational Science Awards revealed that an average contract negotiation time of 55 days, exclusive of budget and safety-board approvals, could be reduced to 22 days if a master agreement was used.7 Quite often we “reinvent the wheel” every time we negotiate a contract — this is a situation where standardization would equal innovation.

Think of the time and cost savings that could be achieved industry wide if all contracts were executed in less than 30 days. (I’m up for anything that would keep me from having to review contract version #35 and all the legal notes on the side!) Standardization would eliminate negotiations around indemnification, payment terms, up-front cash payments, and termination clauses, to name a few. In our industry, tens of thousands of contracts have been executed to date. Thus, by now, both sides (sponsors and CROs) should have in hand industry-norm terms and language that would speed up the contract negotiation process. Trials would start faster, drugs would be commercialized more quickly, and both sides would spend less time attempting to “win” every key negotiation point during the process. Risk management is important, but going overboard in this regard adversely impacts the primary goal, which is to run (not negotiate) a successful clinical trial.

Industry analysts estimate that there are between 800 and 1,200 CROs worldwide — meaning that there are also 800 to 1,200 different CRO pricing models. Each CRO has its own proprietary pricing model/algorithm, which places output into different buckets (e.g., price by function, by task, by geography). Typically, sponsors use their own unique bid grid, which allows CRO pricing proposals to be put into a standard format for easier analysis. However, since sponsors’ bid grid formats differ from CRO pricing models, CROs face the administrative challenge of converting their internal bid grid into a different format for every sponsor. The conversion process typically requires a good deal of “Excel gymnastics,” completed by the CRO proposal team — and quite often, these never line up perfectly. From the sponsor’s perspective, I understand the value of having CROs put their proposals into a standardized format (I would do the same); however, it would save time and create more transparency if the industry would collaborate and develop a standardized bid grid.  You can imagine that this conversion task isn’t popular with CROs.  And reports show that less than 31 percent of CROs find sponsor bid grids to be clear and useful.8 Unfortunately, this extra work comes at a cost: CROs bake the extra cost into their pricing, which means that sponsors are paying extra for administrative work — not clinical trial management.

Several years ago, I read an article about how one can either create a “flow” or an “obstacle” when it comes to operating a successful business. A “flow” approach requires having a “customer service mindset” and finding the shortest path possible to achieve business objectives. The “obstacle” approach is taken by those who like to dig in their heels and make things difficult. Based on my conversation with Becky Kush, and my own personal experiences, I believe that using standards embodies the flow approach. We learn from an early age that the shortest distance between two points is a straight line, but for some reason we tend to forget that lesson as we age. Fortunately, we have individuals like Becky Kush — and organizations like CDISC — to get us back on track.

Jason Monteleone is president of Pivotal Financial Consulting, LLC. He is a finance executive with 20+ years in clinical research, life science, and healthcare-related organizations, and is experienced in turnarounds, growth plans, sale processes, and private equity. Previously, he was CFO of Theorem Clinical Research, where he helped grow revenue from $85 million to $160 million+ and navigate a successful exit to Chiltern International. His prior experience includes roles at Omnicare Clinical Research, MDS Pharma Services, and VIASYS Healthcare. You can reach him at jmonteleone@pvtfinance.com or connect with him on LinkedIn.