How To Approach U.S. Physicians About Biosimilars 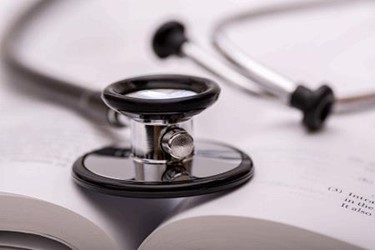 During my time at biosimilar conferences over the past year, I’ve met a wide array of stakeholders with varying levels of knowledge about biosimilars. What has been particularly heartening is the number of people expressing an earnest desire to learn about biosimilars, even if their jobs don’t currently involve them.

Physicians are one of the often-discussed stakeholders at these industry conferences, though I rarely encounter practicing physicians in attendance. Rather, there are a number of other forums and conferences geared toward physicians that, hopefully, are beginning to educate this audience about biosimilars. As the U.S. faces its first biosimilars for oncology, rheumatology, dermatology, and gastroenterology indications, it’s clear biosimilars are en route to becoming relevant in many different therapeutic areas. But will U.S. physicians be ready for and informed about these treatments? A new survey and scholarly publication from the Biosimilars Forum shows there’s quite a bit of work to be done.

In the past few weeks, you’ve likely stumbled upon this survey, “Awareness, Knowledge, and Perceptions of Biosimilars Among Specialty Physicians,” which was published in Advances In Therapy. A number of articles and press releases have highlighted the five biosimilar knowledge gaps of physicians. I urge you to read the full-text publication in order to examine the questions asked and the data, as I only intend to provide a broad picture of the results.

In summary, the survey garnered responses from 1,201 U.S. biologics-prescribing specialty physicians, including dermatologists, gastroenterologists, hematologist-oncologists, medical oncologists, nephrologists, and rheumatologists. To avoid bias, the survey was administered by an independent third-party physicians’ network (SERMO) from November 2015 to January 4, 2016.

A majority of the respondents across all therapeutic areas had at least heard of biosimilars. But when drilling down into the fundamentals of biosimilars, such as totality of evidence, the abbreviated development pathway, extrapolation, and interchangeability, there were several holes. Take, for instance, the whopping 80 percent of respondents who didn’t realize an interchangeable biosimilar could be swapped in place of a biologic by a pharmacist, and vice versa. (There is a lot of confusion over terminology in the biosimilar space, so we cannot overlook that as a potential barrier to comprehension.)

Overall, the survey found the percentage of physicians correctly answering questions about biosimilar fundamentals rarely rose above 50 percent. While more than half of respondents understood a biosimilar must be just as safe and effective as the reference biologic, there was still a large percentage of concerned physicians, especially in the dermatology and rheumatology spaces. Only 37.5 percent of dermatologists and 34.5 percent of rheumatologists believe biosimilars will be safe for both naïve and existing patients. This is compared, for instance, to 57 percent of those in the hematology-oncology space who consider biosimilars safe.

What was particularly impressive and reassuring to note was that 91 percent of respondents are open to switching patients to a biosimilar. However, discomfort and the general lack of knowledge about switching, extrapolation, interchangeability, and overall safety cannot be ignored, as these factors are likely to inhibit uptake. Peer-reviewed journals were noted as the most trusted source of information for physicians, followed by the FDA, and peers. In addition, it will be important for the biosimilar industry to communicate switching data in the future, as physicians have noted reviewing this data would encourage greater confidence in prescribing biosimilars.

Which Findings Surprised The Biosimilar Industry?

When asked about the Forum’s reaction to the survey data, Sandoz’s Hillel Cohen, co-chair of the Biosimilar Forum’s education committee and lead author of this study, told me the members were equally reassured and concerned. “We were very glad to see a lot of physicians had heard of biosimilars and were willing to consider using them,” he said. “But we were surprised that some of the concepts were not understood.”

Take for instance, extrapolation. If you were to ask physicians if they understand extrapolation, they might say yes. But when asked via multiple choice in the survey about the specific criteria the FDA uses to evaluate biosimilars, a good number per specialty incorrectly believed the agency reviewed data from one or more clinical studies in every indication of the reference product.

In addition, the Forum was relatively surprised to find a sizeable minority of specialists were unable to identify which drugs used in their specialties were biologics. Some doctors either identified small molecule drugs as biologics, or they did not recognize any of the listed treatments as biologics. (The latter option is surprising, considering that only physicians who claimed to prescribe biologics were included in the survey.)

Another puzzling finding was that specialties with a more accurate understanding of biosimilars were the ones that seemed to be more wary of using them.

“We can certainly speculate on reasons for these findings,” Cohen stated. “But the Forum was not out to prove a point with these findings.” Indeed, Cohen emphasized this was a multi-company effort, and that the survey was put together to create an unbiased picture of the knowledge and opinions of biosimilars. The Forum comprises companies ranging from small- to large-size that are all working on biosimilar development. Members of the Forum are pure-play biosimilar companies, as well as companies that are developing a mix of biosimilars, branded biologics, and generic drugs in their portfolios.

As Cohen described, “The survey was created by a broad array of companies. But everyone was careful to make sure the questions were impartial and did not express any particular interests. We were only trying to understand physicians’ knowledge levels and the topics that need to be better understood.”

What Can Be Done With This Data?

As Cohen described, “This study is a snapshot in time.”  After all, it was held when only one biosimilar, Zarxio, was approved and available in the U.S. As three more biosimilars have been approved, and key studies, such as NOR-SWITCH, have been published in the past year, physician knowledge may have grown. But, as Cohen asserted, this survey was not a one-off effort. The Forum anticipates holding the survey again in two to three years, though Cohen said the timing will ultimately depend on the progression of the industry.

“If we find there are a lot of products in the U.S. market relatively quickly, there would be a reason to conduct the survey sooner,” he said. “If we find, for various reasons, these products don’t make it to the market quickly, it may be best to wait a little longer.”

Cohen hopes this first survey serves as a stepping stone for any stakeholder developing an education program, including patient groups, think tanks, professional societies, and health authorities. But the Forum also has several big plans moving forward. The publication of the survey showing there are knowledge gaps to be addressed was only the first step to closing these gaps. “We will be reaching out to professional societies and patient groups to engage them and assist with their educational efforts,” Cohen described. Similarly, as regulators, such as the FDA, approach stakeholder education, the Forum is hopeful the information obtained from the survey will aid in the design of their educational programs.