How To Tell If A CRA Candidate Is Lying 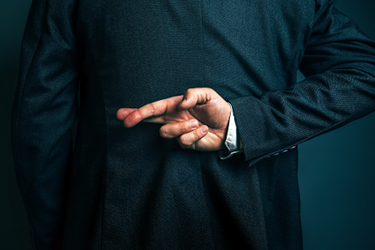 I was recently invited to speak on the subject of fraudulent candidates and fake clinical research associates (CRAs) at the Global 2018 ACRP Conference and was astonished at how many hiring managers were not aware applicant fraudulence exists. The data we have gathered is startling, as we have already identified over 7,000 fake CRAs in North America, which is roughly 21 percent of our CRA candidate pool. My goal is to help hiring managers better protect their companies by revealing the extent of candidate fraudulence within the clinical research industry.

In terms of embellishment, I suspect that candidates have been overstating skills, exaggerating achievements, stretching employment dates, and inflating titles for as long as the resume has been in existence.

A survey recently conducted by Career Builder showed that 75 percent of hiring managers have caught a candidate lying on a resume.1 This is almost a 20 percent increase from its 2015 report on the same topic.2

Another recent survey conducted by The Society for Human Resource Management stated 85 percent of the 4,000 survey respondents uncovered a lie on a candidate’s resume or job application during the qualification and screening process.3

Additionally, according to Forbes, you should be frightened to know that 40 percent of hiring managers said they would still advance a candidate to the next stage of the interview process even though they caught them in a lie, and 7 percent stated they would still employ the candidate in spite of the lie if they enjoyed speaking to them.4

When it comes to defining “fraud,” candidates exaggerating their qualifications, such as overstating their skills or exaggerating achievements, could be classified as fraudulent. Our firm agrees that embellishing or inflating qualifications is wrong; however, this type of embellishment is not what we would use to classify someone as a fake CRA or fraudulent candidate. We define a fraudulent applicant as someone who has completely falsified all or part of their credentials, such as providing falsified employment history on resumes, representing fake degrees, and/or giving fake references.

When discussing applicant fraudulence with hiring managers, a very common challenge I receive from hiring managers is “you should be able to tell a candidate has falsified their credentials during the interview.”

My typical response is: But how do you know if you are actually interviewing the applicant? For example, when calling a candidate for a scheduled phone interview, you will rarely be 100 percent sure the person you are communicating with is the original applicant, as there is no way to tell if the call has been forwarded to a friend or colleague who actually has the experience represented by the fake CRA. A robust interview process and hiring approach will include multiple qualification checkpoints beyond the initial phone interview, as a phone screen alone will not protect your organization from fraud.

Putting too much confidence into video interviews can be just as hazardous. A friend of mine on the hiring team for a midsize CRO recently shared a story in which her organization was duped into hiring a fake candidate after an extremely successful video interview. Her experience is not unique; we have identified a growing trend of professional “interviewers for hire.” Some of the most common tricks used include:

If your company conducts video interviews, always ask the candidate to scan and email a copy of their driver’s license or government ID to you prior to an interview. Additionally, I recommend you have someone conduct a dry-run with the candidate prior to the scheduled interview to ensure the applicant’s video and sound are working properly. This simple step will enable you to immediately reject any candidates who experience a “technical issue” causing them to not have an operational camera during the video interview.

Face-to-face interviews are highly effective in determining fraudulence; however, a common mistake we see is where sponsors and CROs assume that their clinical operations managers will automatically make great interviewers. You must ensure your hiring team has been prepared to conduct effective interviews.

Even though we have provided several precautionary steps to mitigate interview fraudulence, when someone challenges me with the question of whether the interview will reveal a fraudulent candidate, my counter is always why waste your time interviewing fake candidates? As a hiring manager, your primary goal should be to detect candidate fraudulence long before the interview takes place, and the next part of this series will identify a few trends to keep in mind.

Angela Roberts is the head of recruiting operations at craresources. Prior to joining craresources, Roberts spent 16 years as a hiring manager for high-performing teams, including 10 years with IBM, where she rounded out her IBM career as a senior global transformation executive. Roberts is a certified Project Management Professional (PMP) with significant operations and account management experience. Roberts joined craresources in 2008, where her mission was to build a better recruitment agency — one which focuses on doing the right thing and consistently providing high-quality candidates to the clinical research Industry.