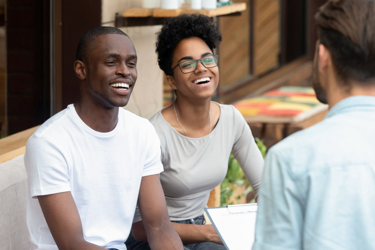 It is estimated that as little as 3% of adults with cancer participate in clinical trials. At the same time, recent surveys have shown that up to 75% of patients say they are willing to participate in a clinical research study, indicating that many more people would take part in studies if given the opportunity.

A similar gap in research participation exists among physicians. American Medical Association surveys of nearly a million physicians in the US reveal that only 1.5% consider research to be their primary focus.3 Multiple analyses have shown that there is also an extremely high rate of turnover among principal investigators — more than 50% are “one-and-done” investigators who stop research participation after a single clinical trial.

These statistics suggest that the entire clinical trials enterprise is operating far below its full potential. It is hard to overstate the magnitude of lost opportunity represented by this gap in trial participation. Drug development remains an immensely costly and high-risk undertaking, plagued by logistical issues and delays. When cutting-edge treatments take longer to get to the clinic (or don’t get there at all), the people who are ultimately hurt most are patients.

Clinical research as a care option, also known to the clinical trial industry as the CRAACO concept, offers a solution to the participation and awareness gap. In this paradigm, clinical trial participation is seen as another viable option of medical care for all patients who qualify. By seamlessly integrating clinical research with medical care, more patients and physicians will be able to contribute to the development of new treatments.

However, the current healthcare ecosystem is not built for a seamless integration between research and care imagined by the CRAACO paradigm. Traditional models of healthcare provision and drug development consider research and care as inherently separate, and existing systems for data collection and research  participation act as a barrier to CRAACO.

This article explores the benefits of CRAACO for all stakeholders in healthcare, and outlines some of the steps necessary to turn this option into reality.