Keeping Tabs On Gene Therapy? Big Pharma Is Closing In 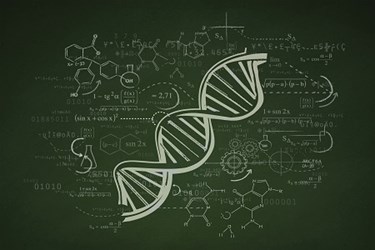 Some good news for Big Pharma in recent weeks was GSK’s filing with the European Medicines Agency for approval of its gene therapy for ADA Severe Combined Immune Deficiency (ADA-SCID), also known as “bubble boy disease.” This treatment is the fruit of a collaboration the company formed with Fondazione Telethon and Fondazione San Raffaele in 2010 (TIGET) to uncover new gene therapies for rare genetic disorders. Though the treatment is for a very small patient population — 350 children worldwide — this therapy, should it win approval from the EMA, could be a more effective alternative to the expensive and tricky standard-of-care, bovine enzyme replacement therapy.

If you don’t count the partnerships springing up in this space as of late, GSK’s latest news is the biggest step Big Pharma has taken toward approving a gene therapy since 2012 when the Netherlands-based biotech UniQure won approval for Glybera, its lipoprotein lipase deficiency (LPLD) therapy. Glybera is the only approved gene therapy in the West, according to PM Live, though it followed in the footsteps of Gendicine, created by Shenzhen SiBiono GeneTech, which was approved in China in 2004.

Big Pharma is venturing more boldly into gene therapy these days after more than a decade of being haunted by a past failure in which a young patient died after receiving gene therapy treatment in 1999. The approval of Glybera in 2012 was a big win for the therapeutic area, and, given the number of big players entering into gene therapy collaborations these days, it would seem the space is encountering a renaissance.

Indeed, at the CALBIO conference in March, experts said gene therapy was in the “second honeymoon” phase. According to Edward Lanphier, CEO of Sangamo BioSciences, “The regulatory environment for gene therapy has definitely improved. It’s more defined. It’s more informed. Now we are hitting a physical facilities/infrastructure roadblock versus a technical roadblock.” The solution to the manufacturing infrastructure roadblock, said one expert, is garnering the appropriate amount of funding for the indication.

However, given payer drug pricing concerns shaking the industry, these treatments, which are rumored to potentially cost upwards of $1 million in the future, might see a short honeymoon period. In November 2014, UniQure slapped a $1.4 million price tag on Glybera. Granted, the treatment is only indicated for the 150 to 200 LPLD patients throughout Europe and, according to Reuters, would likely have a small impact on healthcare budgets despite the high price. But the real concern here is the fact that drug makers are paying close attention to the prices of new treatments on the market and pricing their new and older meds accordingly. Glybera’s million-dollar price tag will be the reference point for any future candidates hitting the market, and, frankly, I’m betting that’s not going to go over well (or maybe at all?) given recent uprisings over cancer treatments in the realm of $100,000 and more.

Besides cost concerns, recent bad news about a high-profile gene therapy candidate emphasizes the risky nature of the gene therapy space, and indeed, of drug development in general. Most recently, Celladon announced that its Mydicar, which was the first gene therapy to receive Breakthrough Therapy Designation (BTD) from the FDA last year, performed poorly in a recent clinical trial. In the CUPID2 trial in advanced heart failure, the therapy failed to meet primary (heart failure-related hospitalizations or ambulatory treatment for worsening heart failure) and secondary endpoints (all-cause death).

But this disappointment aside, there is an impressive line-up of Big Pharma and biotech players, all of which are worth keeping your eyes on. There are upwards of 500 gene therapy candidates in development, 40 percent of which are aimed at cancer, PM Live reports. Between 1999 and 2014, $503.5 million was invested in gene therapies for brain diseases, followed by $224.8 million for blood diseases and $211.6 million for eye disorders. Given GSK’s recent news, as well as the number of big names at work in the space, we might just find it’s becoming Big Pharma’s time to shine. Some of the ongoing efforts by biotechs and Big Pharma in gene therapy include: