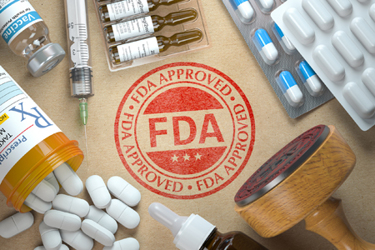 This real-life story explores a drug product that was in the middle of Phase 3 trials, showing great promise against a fatal neurological disease, and the clinical experts at the FDA were very interested in the outcome. As a result, they began examining the commercialization potential of the manufacturing process and found it was severely inefficient and making an unsafe drug product. They asked us to think about how we would completely transform the manufacturing process and turn it into a licensable process.

The problems with the original process were:

These four issues were standing in the way of this product being licensable, but the FDA was committed to getting it to a licensable state and was willing to take a risk that a new product made via a new process would not be the same as the old product. This resulted in a series of discussions and challenges to ensure the new product was safe and efficacious.

In order to develop a new commercial process, the team’s goals were to:

The first thing we tackled was the cell line; we decided to clone the gene for the drug into CHO cells and to develop a suspension process, as well as enough knowledge around that process to understand what would affect variability in manufacturing. We put together a process development team to do that work, and the result was an improvement in scalability. Additionally, by getting rid of the cell line and changing it to CHO cells, the human virus risk was eliminated, which was another big advantage of making that switch.

We then had to get rid of the serum in the process, which required a lot of development work to wean the cell line off the serum. The purification yield increased substantially, so that also helped with the manufacturing cost of goods.

We built a whole new commercial-scale facility to produce the drug product and, in that facility, we produced material to enter a clinical evaluation that we negotiated with the FDA.

As a result, we hit another obstacle with the FDA, as the new molecule had a substantially different glycosylation pattern compared to the original. We spent a lot of time in process development to try and modify the cell culture to change the glycosylation to match the original drug more closely. Glycosylation can affect the half-life of the drug and its potency and efficacy, so this was viewed as a very substantial risk in developing the new process. In the end, we spent 50 labor hours of process development time trying to modify the process and produce a drug that was more comparable to the original.

All these comparability efforts were done after negotiations with the FDA that involved a phased approval process. This included a biochemical comparability study between the old and new products, and if the answer was it was not comparable, the next step would be to test the drug in animals and look at the PKPD behavior of the new molecule vs. the old one. We conducted the studies, which showed there was comparable PKPD data despite the significant differences in glycosylation patterns. If that had failed, the next step would have been to do a more involved human clinical trial, so we were able to then negotiate with the FDA to conduct a limited bioequivalence study in patients to study the PKPD in humans and look at efficacy. The trial was conducted with 17 patients and the efficacy was evaluated for the new molecule; it came out comparable to the old molecule, which was a very happy ending to the project!

If you’re anticipating changing your process in Phase 3, sit down with the relevant regulatory agency and negotiate a series of comparability steps to be passed as you develop the new process.

There are now well-accepted comparability protocols that have led the way to a more defined path for companies that want to radically change their processes on the way to the market.

Parrish Galliher has more than 30 years of experience in bioprocessing, during which time he has helped build development, manufacturing, and CMC teams who developed scalable bioprocesses, built biomanufacturing facilities, and achieved commercial licensure.