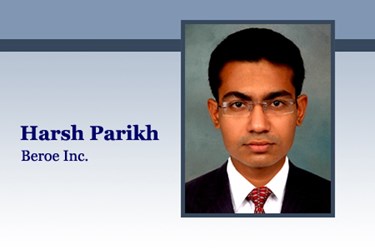 Electronic health records (EHR) have replaced paper-based health records by more than 80 percent in established markets and up to 40 percent in emerging markets. EHRs act as a working instrument for physicians to significantly reduce 25 to 30 percent of time spent on paper work and allows patient access information. EHRs are also used as a tool for patient recruitment and data access in clinical trials, resulting in increased demand. The established markets of the U.S. and U.K. have developed efficient EHR systems and are home to major suppliers, such as Cerner Corporation, Allscripts, and McKesson, etc. The EHR market within the developing nations of BRIC (Brazil, Russia, India and China) is still growing and could establish a better healthcare system with more investments targeted within the next 5 years.

EHR In The Health Care System And Clinical Research 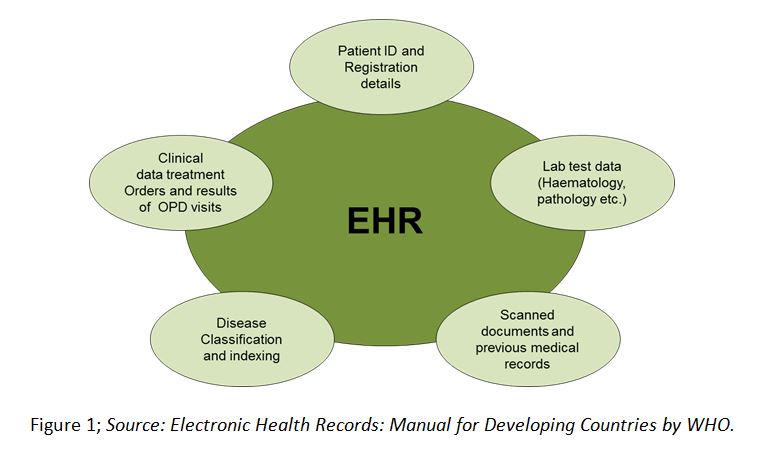 The clinical data previously accessible only in paper charts is available by using EHRs as repositories of medical data to assist clinical researchers. These are used by clinical trial sponsors to overcome certain pain points of clinical trials like trial feasibility analysis, patient recruitment, and adverse event reporting, etc. Figure 2 below depicts the various drivers and constraints within the EHR market. EHRs give researchers access to patients for evaluation of protocol computations, including various Inclusion/Exclusion (I/E) criteria to predict the feasibility of trial protocol and simplify retrospective and prospective studies. During a trial, EHRs alert physicians about patients who might qualify for a trial, thereby accelerating the patient recruitment process.3 The Mayo Clinic was the pioneer in utilizing EHR data for patient recruitment. 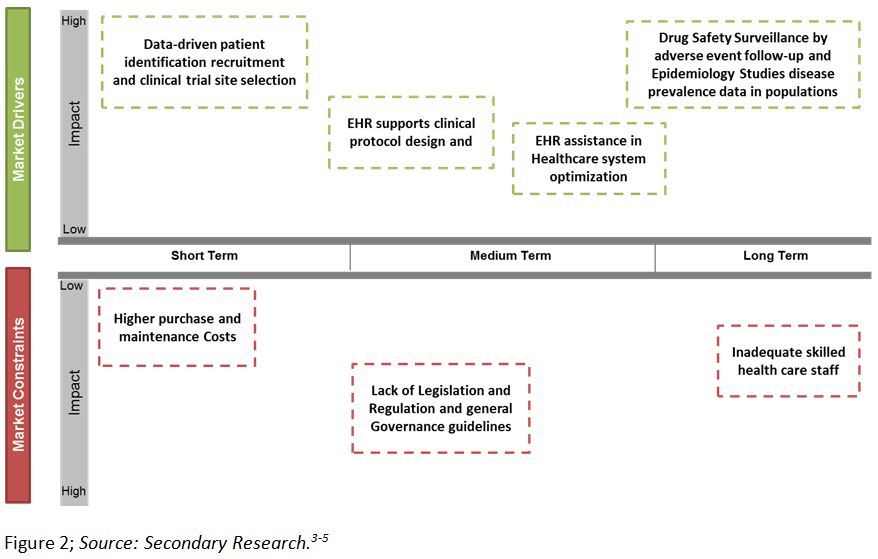 The global EHR market is estimated to reach $22.3 billion by the end of 2015, growing at a CAGR of 5.5 percent.5 The American EHR market (North and South America) is the largest with an approximate spend of $11.1 billion. In the case of U.S. hospitals, doctors are subject to financial penalties under Medicare if EHRs are not utilised, thus driving this market. The European, Middle Eastern, and African (EMEA) market is the second largest with an approximate value of $7 billion, followed by Asia Pacific.5 (Figure 3) The emerging markets of Brazil, India, China, and Russia (BRIC) are expected to grow rapidly in coming years due to increasing clinical trials in these markets. 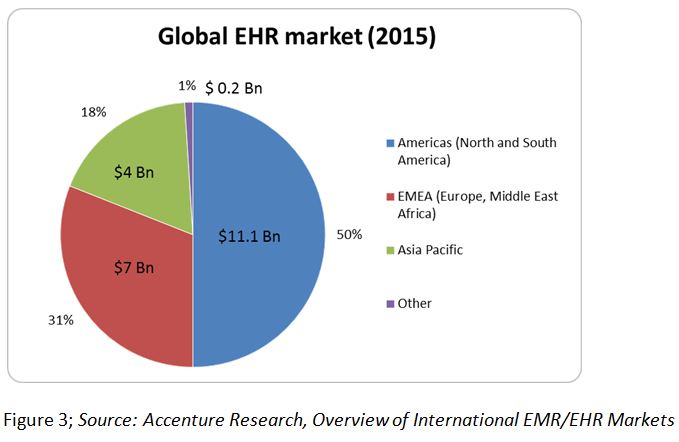 The Brazilian National Health System (SUS) is a publicly funded health care system covering health care needs of more than 80 percent of the population of Brazil. The Brazilian Tripartite Commission (CTI), which represents the Ministry of Health, has framed standards for interoperability to be adopted by health information systems of the various levels of the SUS. The city of Sao Paulo adopted an open source EHR system called SIGA - Saúde Health Information System, which annually serves around 14 million registered patients and stores data on 20 million patients from 702 health facilities. This resulted in a 30 percent increase in patient visits and a 50 percent increase in patient satisfaction.6

The Brazilian Agency for Supplementary Health (ANS) established a national standard called Private Health Insurance and Plans Information Exchange Standard (TISS) to support the exchange of information among health providers and health care insurance companies. This standard aims to implement prototype software that will use an open EHR reference model to exchange TISS information.7 Academic institutes within Brazil (Fluminense Federal University, Minas Gerais Federal University, and Ribeirão Preto School of Medicine) are also working towards EHR development.7 The Brazilian EHR market is expected to reach $400 million by 2015, growing at a CAGR of 9.7 percent. The federal investment of SUS in Brazil acts as the major driver of the EHR industry in Brazil.8

In Russia, the EHR market is maturing alongside the health care system with a CAGR of 10 to 14 percent since 2009. Large suppliers have entered the Russian EHR market to provide rapid EHR data exchange and unified access to health care data, as well as to meet strict medical information requirements and to provide more secure access to patient information. In 2011, IBM became the EHR service provider for nine hospitals using IBM Lotus Notes.9

An EHR system is being launched in Moscow by the United Medical Information and Analytical System of Moscow, (EMIAS) as part of the digital city program under Moscow’s Government. EMIAS automates the booking of hospital visits and medical workers’ shifts in Moscow. It also includes online appointment services, management, and electronic prescribing based on cloud technology. EMIAS involves over 600 medical institutions and 23,000 medical workers. About six million people are currently using the system, and over 114 million transactions have been made within the first year of the system’s launch.7 Some common issues, including a lack of economic incentives and technical expertise to purchase and use EHRs, act as a major barrier for EHR adoption in Russia.

In August 2013, the Ministry of Health and Family Welfare, Government of India came out with guidelines for EHR use for different healthcare service providers to ensure medical data would become portable and easily transferable. It has been reported that All India Institute of Medical Sciences (AIIMS) Bhubaneswar will launch electronic health card, a smartcard-based automated system to store and manage medical records of patients receiving treatment across its six branches, to enable seamless consultation and treatment of patients between the institutions.10

The Indian healthcare IT market, which is growing at a CAGR of 22.7 percent during the 2013 to 2015 periods, is considered the major driver of the EHR market. However, there are several regulatory and workforce hurdles affecting this market. The Indian health care system has roughly 1,700 patients per physician and a shortage of nurses because many Indian-trained nurses move to the U.S.5 The legal safeguards regarding EHR in India, privacy laws, and data protection regulations are lacking in India.

The EHR industry has been maturing across China in the past 10 years. Various changes have occurred down the line since 2005 in the China EHR system. Health Information Standards Professional Committee (HISPC) of Ministry of Health (MOH) prepared a series of guidebooks describing standards and specifications for EHR and EMR systems in China. By 2011, 120 EHR systems had been completed, 40 systems were under development, and 100 systems were in the planning phase in China.11 The government is working to establish Regional Healthcare Information Networks (RHINs) which utilize data centres and telecommunication networks to share data and clinical services among geographically dispersed communities.11

The Chinese EHR market has attracted both local and international EHR service providers, among which the major international ones include IBM, Dell, Cisco, Siemens, and Fujitsu, and regional suppliers like Yonyou, DHC, Neusoft, B-Soft, Winning, Founder, and Jiangsu Zhongkang.11 Currently, the Chinese government is developing the Health Cards system to link hospitals, public health institutions, and insurance operations across China (Henan, Liaoning, Guangdong, and Inner Mongolia).

Continuous usage of EHRs will increase the efficiency of healthcare systems within a country. BRIC nations, with their large patient pools and growing numbers of clinical trials, act as an enabler for EHRs to boost clinical trial efficiency. Various advantages of EHRs, as well as strong Healthcare IT, government support, and incentives act as drivers to enable growth of this market while regulatory and inadequate health care staff could remain a concern. Rapid growth in EHR adoption is expected in BRIC nations as they learn from developed nations and begin using innovative approaches, such as cloud-based solutions, for information exchange.