6 Predictions For Genomic Data In The Next Decade 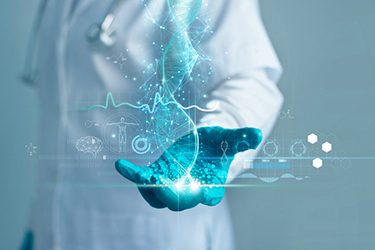 It’s been nearly two decades since the National Institutes of Health’s Human Genome Project completed the initial high-quality sequencing of the entire human genome (Nurk et al. 2022). The audacious goal of sequencing and characterizing all human genetic information spanned public and private sectors and crossed national boundaries. As the first 20 years of the genomic revolution come to a close, we are taking a step back to ask “how far have we come?” And “where is genomic innovation taking us?”

Countless new initiatives and partnerships have been built to secure and deliver on the promise of genomic data. Excitingly, a number of impressive clinical successes have emerged from these efforts. As expected, genomic innovation reached cancer patients first. Though an oversimplification, cancer is considered a genomic disease. At Memorial Sloan Kettering Cancer Center, physicians and scientists have assembled their gold standard MSK-IMPACT test for tumor-associated genomic alterations (Cheng et al. 2015). Using IMPACT, physicians can identify critical genetic alterations and identify drugs with the potential to target these specific changes in cancer patients. Thousands of patients have participated in IMPACT-driven cancer care. Importantly, the data from these patients, including outcomes, have been shared publicly via the cBioportal, AACR-GENIE, and OncoKB platforms, which is helping to drive research activities. This achievement was merely a dream in the pre-genomic era.