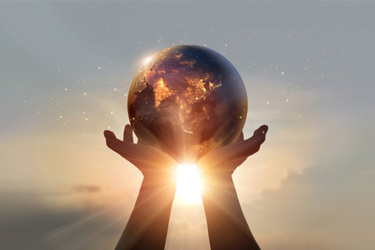 There is a call for greater use of real-world evidence (RWE) to support regulatory approval for new treatments and label expansions. As RWE gains traction with regulators, both nonrandomized real-world studies and randomized pragmatic clinical trials are contributing to regulatory assessment and decisions concerning new or expanded treatment labels. The types of real-world data (RWD) that are used include data extracted from healthcare claims, registries, and electronic health records (EHRs) and data created outside of traditional healthcare visits, such as via mobile phones, consumer devices, and various tools used for telehealth.

RWE is being submitted to regulators as supplemental evidence to clinical trials, particularly as external comparators or benchmarks in oncology and rare diseases. There is also growing use to demonstrate generalizability to populations that are underrepresented in clinical trials, including various ethnicities and ages.

During the past decade, regulators have gradually demonstrated adoption of RWE alongside clinical trial data, finding it beneficial during the evaluation process of new or expanded product indications in selected situations. Today, when life sciences companies include RWE as a complement to their new or expanded product submissions, they are well positioned to address questions about the safety or effectiveness of treatment, particularly for subgroups and situations of special interest.

Life sciences companies are using RWE in several ways. Traditionally, RWE has been used as external comparators (also known as historical controls) for regulatory approval of treatments for rare diseases, since randomized clinical trials are not feasible. More recently, RWE is being used for label expansion, such as broadening the label to include a pediatric population or updating approval for chemotherapeutic agents that are used in combination with other treatments. RWE is also being used to provide the follow-up needed to support long-term product use.

The unifying element of these approaches is that they have applicability to real-world settings. Further distinction is then made according to whether treatment is assigned by the clinician and patient (nonrandomized RWE) or by randomization with few inclusion or exclusion criteria (randomized pragmatic trials).

Nonrandomized RWE studies have been a mainstay of pharmacoepidemiology for many years, used to evaluate the comparative safety or effectiveness of a medication. Most nonrandomized RWE features retrospective analyses of existing healthcare data collected for administrative or clinical care purposes, including health insurance claims, EHRs, and patient registries. The use of these existing data collection systems and the lack of clinician or patient interaction make these nonrandomized studies the fastest and most cost-effective approach for producing RWE to support a new therapeutic indication for a marketed medication.

External comparators are being used as benchmarks for rare diseases and as formal comparators for other conditions where randomization is not feasible or is impractical, e.g., in situations where the experimental treatment appears to have a strong survival benefit. External comparators allow regulators to quantify the benefits of a new treatment by comparison to similar outcomes for a population that did not receive the experimental treatment. These data often come from specialized patient registries or from electronic health records. Database studies have also been used to support a label expansion by showing the safety of a treatment used outside of its approved indication. For example, palbociclib was approved for use in women with advanced or metastatic breast cancer and specific tumor types, although use in men was widespread and supported by treatment guidelines. A label expansion to men was subsequently supported primarily by RWE derived from administrative health insurance claims data and EHRs, which documented the safety experience among men receiving palbociclib.1

Clinical trials run on a spectrum from traditional to pragmatic, with pragmatic trials providing evidence that is more relevant to decisions faced in real-world settings since most pragmatic trials involve comparison of active treatments and do not use placebos.  Another distinguishing characteristic of pragmatic trials is that they include endpoints that are meaningful to clinicians and patients and are used in real-use situations, not the ideal settings generally used for clinical trials.

For example, PRIDE was the first pragmatic clinical trial to be included in the label for an antipsychotic drug. This trial compared the effectiveness of paliperidone palmitate, a once-monthly injectable antipsychotic medication, to daily oral antipsychotics for the treatment of adults with schizophrenia.2,3 Effectiveness was measured as a composite of several real-world outcomes, including arrest or incarceration and psychiatric hospitalization and suicide, among others. The inclusion of arrest or incarceration as outcomes was highly relevant to this population of recently incarcerated patients and quite different from the usual clinical events studied. Other real-world features included minimal exclusion criteria and recruitment from homeless shelters, soup kitchens, and jail release programs. The trial showed that the injectable form of this antipsychotic had a longer time to treatment failure compared to several commonly used daily oral treatments, and two sections of the label were modified to include this important trial data: Section 6.1 (Patient Exposure) and section 14 (Clinical Trials).

Several recent developments illustrate how regulators are showing broader interest in RWE, including nonrandomized RWE and pragmatic trials. In accordance with the 21st Century Cures Act, the FDA is developing guidance on the circumstances under which regulators may consider RWE for decision-making, including applications for new or expanded indications of a marketed medical product.4 The FDA has issued an initial framework and draft guidance for inclusion of RWE as part of a regulatory submission, with final guidance expected at the end of 2021.5 Meanwhile, the European Medicines Agency (EMA) and U.K. regulatory authority are both engaged in extensive evaluation about how RWE could play a role in regulatory decisions. Of note, the U.K. has had recent success using RWE to guide its response to COVID-19 and the emergent treatments and vaccines.

Researchers should consider incorporating RWE into their regulatory armamentarium. Recognizing that RWE will not replace traditional randomized clinical trials, nonetheless it can be helpful to address an evidence gap including generalizability of benefits and durability of benefits. More holistic information will better inform regulators and can enhance the chance of regulatory success.

Nancy Dreyer, Ph.D., MPH, FISPE, is chief scientific officer and senior vice president at IQVIA, and adjunct professor of epidemiology at the University of North Carolina School of Global Public Health. Her current work is focused on COVID-19, along with other issues of regulatory and public health importance. A fellow of both the Drug Information Association (DIA) and the International Society of Pharmacoepidemiology, she is an elected member of DIA’s Scientific Advisory Committee and the PCORI (Patient-Centered Outcomes Research Institute) Clinical Trials Methods Advisory Panel. She served as a standing consultant to the National Football League Health & Safety Executive Committee for many years and continues to lead work on injury analytics for NFL and NBA. She also is a key member of the FDA Sentinel Community Building Outreach Center. Twice named to PharmaVOICE’s list of 100 most influential and inspiring individuals in life sciences and recipient of their Red Jack Honor for lifetime achievement in 2019, she also received DIA’s 2019 Global Inspire Award for Author of the Year.