RWE In Clinical Research: Challenges, Opportunities, And 2 Case Studies To Move Us Forward 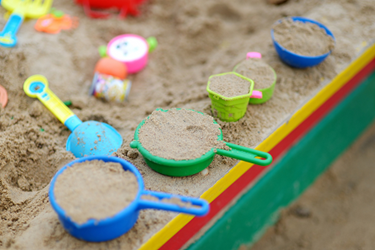 This is the second article in a two-part series addressing real-world evidence (RWE) for life sciences leaders who may be struggling to make sense of the rules.

Part 2 of this series describes the challenges and opportunities for a life sciences company, highlights recent examples, and discusses how this newer way of thinking will transform the way we design and conduct clinical research or evaluate value-based decisions for the better.

As detailed in Part 1, the August 2019 Bipartisan Policy Center (BPC) report, “Expanding the Use of Real-World Evidence in Regulatory and Value-Based Payment Decision-Making for Drugs and Biologics,”1 left us with the sense that significant work and challenges remain to be overcome before RWE can be universally adopted.

From the BPC report, we learned many of the challenges include: agreeing on and adopting privacy protections, data sharing, and data standards; implementing cooperative programs of multiple U.S. federal agencies; augmenting the regulatory framework; spearheading pilot or test program partnerships; facilitating direct patient participation; leveraging technology for artificial intelligence and interoperability; modifying and expanding safe harbors; and increasing the talent and expertise in multiple U.S. federal agencies. Clearly, none of this can happen overnight.

The opportunities to improve the way we design clinical trials and conduct them is well-documented, including by FDA director of the Center for Drug Evaluation and Research (CDER) Janet Woodcock, M.D., whose criticism of a broken clinical trial system in 2018 was heard around the world. Her FDA counterparts, Peter Marks, M.D., Ph.D., director of the Center for Biologics Evaluation and Research (CBER), and Jeffrey Shuren, M.D., JD, director, Center for Devices and Radiological Health (CDRH), have been less vocal publicly, but together, all have been implementing regulatory reform as a result of the passage of the 21st Century Cures Act and a number of strategic program changes.

In the case of medical devices, some of the more impressive regulatory additions are the agency’s current guidelines and positions related to software as a medical device (SaMD), which are often vehicles for collecting and/or interpreting real-world data (RWD) with or without an interface to electronic health records (EHRs). On April 2, 2019, the FDA published a discussion paper and request for feedback titled Proposed Regulatory Framework for Modifications to Artificial Intelligence/Machine Learning (AI/ML) Based Software as a Medical Device (SaMD).2  Additionally, the International Medical Device Regulators Forum (IMDRF), to which the FDA is a contributing regulatory authority and stakeholder, leads initiatives that standardize, among many things, personalized medical devices, good regulatory review practices, clinical evaluation, and product submissions on a global scale.

Furthering initiatives to consolidate RWD and RWE to inform medical device evaluation and support regulatory decision-making throughout the total product life cycle (TPLC), the National Evaluation System for health Technology (NEST) was conceived by the Duke-Margolis Center for Health Policy. NEST seeks to support the sustainable generation and use of timely, reliable, and cost-effective data in pre-market and post-market settings. NEST’s coordinating center was formed in partnership with the Medical Device Innovation Consortium (MDIC) and is in the process of funding several rounds of test cases that focus on the expansion of labeling claims or post-market surveillance requirements of cleared or approved devices in cardiology, vascular, orthopedic, surgical, and dermatological areas. NEST is composed of more than 195 hospitals and 3,900 outpatient clinics across the U.S.3

In managed care circles, opportunities still seem outside of our grasp. It was recently suggested that the impact of using RWE on “patient care decisions, health system efficiency, care delivery, and patient outcomes” could take 10 years, if not longer, based upon cultural shifts of change, according to Jennifer Graff, vice president of comparative effectiveness research at the National Pharmaceutical Council, who also noted its applicability today is most effective in cancer.4

But the fragmented, work in progress sandbox cannot be a deterrent for life sciences companies pondering how and when to incorporate RWD in their clinical evidence programs and RWE discussions with regulatory decision-makers. Larger contract research organizations (CROs), pharmaceutical companies, healthcare systems, health insurance companies, and Top-3 cloud computing companies, with repositories of some of the biggest healthcare and outcomes datasets, are already proving its utility and methods. RWE has been used in various forms for decades but now is gaining favor with higher quality, purpose, and retooling. The increase in regulatory-industry pilot programs that are underway will give us the chance for learning. Let’s review two recent cases.

Little is understood about the real-world performance of immunotherapies. A consortium of industry, hospitals, and regulatory partners sought to pilot a retrospective study to compare real-world endpoints to clinical trial endpoints in immunotherapy-treated advNSCLC. The partners developed a common protocol using data from “administrative claims and EHRs to assess real-world endpoints, including overall survival (rwOS), time to next treatment, time to treatment discontinuation (rwTTD), time to progression, and progression free survival, among patients with advanced non-small-cell lung cancer treated with programmed death 1/programmed death-ligand 1 inhibitors in real-world settings. Data sets included from 269 to 6,924 patients who were treated between January 2011 and October 2017. Results from contributors were anonymized.”5

Detailed discussion about the methods, results, and conclusions were published in JCO Clinical Cancer Informatics5 and Cancer.6

What was learned: RWD will have missing timepoints and data in comparison to prospective, randomized controlled trials (RCTs). However, what resulted was a demonstration of the consistency with endpoints and outcomes between the two methods of clinical evaluation such that RWD appears to be appropriate to support regulatory and payer decision-making and to reduce the burden of time- and cost-intensive prospective clinical trials.

A Pacemaker that Allows for MRI

Tina Morrison, Ph.D., deputy director of the Division of Applied Mechanics, Office of Science and Engineering Laboratories (OSEL), and CDRH recently presented on the use of digital evidence to replace clinical evidence in a live webinar.7  Morrison and her peers assert that digital evidence derived from algorithms, computer-based modeling, and simulation — in silico — can often replace physical testing.8

During the webinar, four cases were described, two with devices and two with drugs. One device use case involved Medtronic’s Advisa SR pacemaker, which allows for MRIs. Previous computational modeling, engineering tests, and post-market clinical trial data were validated on an earlier device, Medtronic Revo MRI pacemaker system,9 which led the way for the later Advisa SR pacemaker model, to be validated without a clinical trial assessing MRI safety. The evidence was based on a body of existing data for the device type and class, substantial computational modeling, and bench and animal studies. The Advisa SR pacemaker gained FDA approval, and post-market and surveillance activities were established to follow other real-world experiences.7

What was learned: Advanced techniques of simulation and in silico trials may be enough to gain FDA approval in certain circumstances, provided that sufficient risk-benefit data is known and post-market activities are implemented to capture continued safety data. These methods, in turn, also reduce the burden of time- and cost-intensive prospective clinical trials.

Although many of these early cases and pilot programs involve approved drugs or devices in post-market settings, gains are being demonstrated every day, and this is something to celebrate.

We now have many more options to consider beyond the traditional RCT. Life sciences companies with new investigational products are in a position to work with regulators on potentially smaller pre-market clinical trials and solid planning for RWE. The FDA has made it known that it is a mutual collaborator in bringing innovation to research, and it will be interesting to see more cases published in the coming months and years. It will also be important to overcome the challenges described in the BPC report, and we must be willing to make these changes.