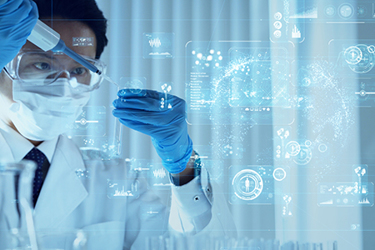 The peptide mapping of proteins is a fundamental tool that has been applied to both the proteomics-based discovery of new  biotherapeutic proteins and for monitoring the modification and degradation of those proteins as they are developed and commercialized. When developing a reproducible and informative peptide map, the enzymatic digestion protocol and the separation of the resultant peptides need to be optimized.

Selecting a column for a peptide mapping separation is decidedly difficult, as there are a multitude of columns provided by Waters and numerous other manufacturers. In addition, one must also take into account the many varied properties of peptides, such as size and charge, and mobile-phase conditions (TFA or FA).

In this note, we will focus on reversed-phase (RP) column selection considerations for peptide mapping applied to the routine characterization and analysis of biotherapeutic proteins. These analyses that are based on either optical (UV absorbance) detection, mass spectrometric (LC-MS) detection, or both. Many of these column selection considerations can also be directly applied to the selection of columns for LC-MS based proteomics studies and synthetic peptide purity analyses.