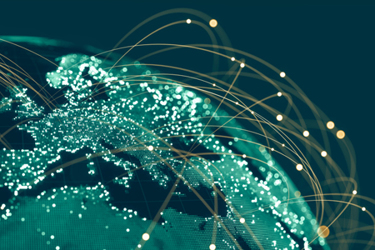 Early feedback from users of the EMA’s new centralized clinical trials information system (CTIS) is broadly positive, according to a survey of 400 U.S. and European life science leaders. The CTIS is intended to streamline the submission, assessment, and approval of trials across EU markets. Previous attempts to streamline clinical trial requirements and approval processes under a European Clinical Trials Directive left too much open to interpretation, resulting in each member state following the legislation slightly differently.

To find out how adoption of the CTIS platform was progressing this time, Arriello commissioned a comprehensive survey of European and U.S. pharma companies’ initial experiences with the platform. Censuswide conducted the survey in August 2022 at roughly the halfway point between the CTR go-live and the date for compliance with CTIS for new studies under the new Clinical Trials Regulation (CTR),1 mandatory for all new trials from Jan. 31, 2023. The intention was to capture the early feedback and experiences of relevant directors and other relevant functional heads in pharma, biotech, and CRO companies (100 each across the U.K., Germany, Switzerland, and the U.S.).

Strong Uptake Well Before The Deadline

The level of activity already taking place through CTIS by August was surprisingly high, given that CTIS use isn’t mandatory until after the end of January 2023. Over 90% of respondents said they were already registered in the new centralized system; 40% had used it to submit a clinical trial application (CTA), and just over 17% had applications pending. To remove the risk of having to transition to new processes part way through a trials program, it looks likely that companies have opted to make the switch sooner rather than later.

A large majority, 92%, of survey participants said their organization was planning a clinical trial through the centralized EMA system prior to the January 31, 2023, deadline, with Switzerland then Germany recording the highest responses (98% and 96%, respectively). Nine in 10 U.S. respondents and 85% of U.K. respondents reported that this was the case.

More than a third (37%) of companies that had already registered a trial through the CTIS said they found the experience more efficient than expected, and 31% said the process had been easier than expected. Biotechs were most likely to be impressed with the speed of using the new system.

Just over three-quarters of respondents whose companies had registered a trial through the CTIS said assessment deadlines had been achieved, rising to 99% of U.S. organizations. Swiss and German companies were most likely to report that this had not been the case, though any slippage was generally no more than a week or so.

Some minor issues were reported:

Adaptation To Quality Systems For CTR/CTIS

Respondents were clear about the benefits they expected to see from the CTIS:

Biotechs were most excited by the potential for accelerated trial approvals. For traditional pharma, harmonized processes, increased transparency, and efficiency of scale were the top three expected benefits.

Respondents were asked how far they believed the new clinical trials review setup might attract sponsors to run clinical studies in Europe. Four in five (81%) of all respondents said they expected a net increase in the volume of sponsored trial activity in Europe, rising to 94% of U.S. respondents.

Now that a much more harmonized European approach is the focus, the survey asked about the impact on requirements at a national level. More than half (54%) of all survey participants said they are still being asked to provide additional regulatory documentation for individual markets – rising to 67% of U.S. respondents.

Country-specific pharmacovigilance (PV) requirements persist. Almost half (44%) of respondents confirmed that they had to provide additional PV information to National Competent Authorities (NCAs), rising to 55% among German companies. Suspected Unexpected Serious Adverse Reaction (SUSAR) reporting was subject to additional NCA requirements, too – 40% on average, rising to 44% for U.K. respondents.

The Harmonization Of Clinical Trial Vetting

The largely positive reception to the CTIS, with many survey respondents already registering clinical trials, is encouraging. The survey findings clearly demonstrate widespread acceptance of the need for a new centralized model that will help reduce barriers to performing clinical studies in Europe.

There is undeniably more work to do to achieve full harmonization of clinical trial vetting across Europe’s diverse markets. However, the indications are good that in 2023 the CTIS looks set to deliver a level of harmonization that will make Europe a more attractive environment for clinical trials.

Kieran O’Donnell is VP of drug safety & principal consultant for pharmacovigilance at Arriello. You can contact O’Donnell at Kieran.odonnell@arriello.com.