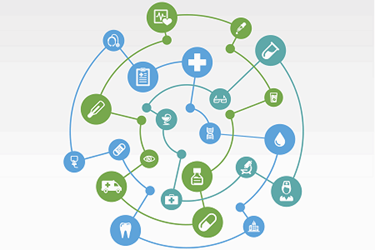 It is now widely acknowledged that the analysis of observational data can provide important supplementary information to the evidence derived from clinical trials. In fact, one of the most widely discussed topics among healthcare professionals in recent years has been when and how real-world evidence (RWE) could be used to better support a wide range of regulatory decisions.

While RWE can serve as a key complement to clinical studies in the development of a wide range of therapies, there are specific instances for which RWE is particularly beneficial and indeed the only available evidence to support regulatory approval. RWE has the potential to spur the uptake of biosimilars in the U.S. market and to provide information on a drug’s efficacy and safety in special populations that may otherwise be excluded from clinical trial studies.

For example, RWE can demonstrate that, in practice, a healthcare product’s disease management and safety do not change significantly from brand-name biologic drug to biosimilar. Furthermore, it provides crucial information on drug use in special populations for whom clinical trial data is unavailable, such as children, pregnant women, older patients, and the severely obese.

The issue: Biosimilars are biological products that are similar to and have no clinically meaningful differences from approved brand-name biologics (called reference products), which are complex large-molecule drugs manufactured or extracted from biological sources such as tissue. Original biologic drugs currently comprise more than 25 percent of prescription drug spending, but as of December 2017, there were only nine biosimilars approved in the U.S. In contrast, Europe had approved 33. In 2009, the U.S. Congress established an abbreviated regulatory pathway for biosimilars, to increase treatment options and decrease healthcare costs. However, hesitation persists around the safety and efficacy of biologics, given this abbreviated regulatory pathway, as compared to their more thoroughly reviewed reference products.

Cultural barriers are also to blame for the slow uptake of biosimilars in the U.S., spurred by, among other things, a lack of both trust and incentive by patients to use a biosimilar or partake in clinical trials for a drug whose brand-name equivalent already exists and works. What’s more, the available biosimilars have not been granted “interchangeable” status by the Food and Drug Administration (FDA). Pharmacists cannot substitute biosimilars for brand-name drugs when filling prescriptions; doctors have to specifically prescribe them. In Europe, on the other hand, where the European Medicines Agency (EMA) leaves it up to the individual EU member states to regulate interchangeable status of biosimilars, interchangeability under the supervision of the prescriber has already been endorsed nationally by several member states. The national regulatory authorities supporting the switch include the Dutch Medicines Evaluation Board (MEB), the Finnish Medicines Agency Fimea, Healthcare Improvement Scotland, the Irish Health Products Regulatory Authority, and the Paul Ehrlich Institute in Germany. With both cultural and regulatory hurdles in the U.S., it’s not always economically attractive for manufacturers to invest in biosimilars.

The RWE solution: There has been a widespread belief among patients that because biosimilars are slightly different, they are not going to have the same positive treatment effect as their brand-name equivalents. RWE can mitigate these concerns, demonstrating that, in practice, product performance and disease management don’t differ significantly between brand-name drug and biosimilar. As biosimilars face cultural resistance from large parts of the patient population, there are lessons to be learned from how Europe has tackled the biosimilars issue and made it culturally (and economically) attractive to increase the number of biosimilars on the market. When used in patient marketing campaigns, available regulatory-grade RWE from post-approval biosimilar use in Europe and the U.S. can address the cultural resistance toward biosimilars and enhance product uptake. Similarly, and in line with efforts to harmonize approvals across regions, clinical trial evidence from biosimilars approved in Europe can be supplemented with observational real-world studies to speed up biosimilar approval in the U.S.

To address the above and some of the regulatory issues that have slowed the development of biosimilars for the U.S. market, the FDA recently launched its Biosimilars Action Plan. But, while the plan outlines the FDA’s regulatory agenda, including revising its guidance on how to demonstrate biosimilar interchangeability, regulatory agencies like the FDA will have little power to change patient attitudes or remove commercial barriers. However, the plan does clarify what data the FDA requires to approve a biosimilar. For example, the plan promotes the use of real-world evidence to support safety assessments and appropriate prescribing of biosimilars. It also states the FDA will increase its efforts to harmonize international regulation of biosimilars and the acceptance of comparator products from abroad. It also supports a greater use of real-world data to aid regulatory decision making related to biosimilars.

The issue: Clinical study results may not be applicable to the general population, irrespective of the type of drug that is being studied. Efficacy and safety risks may be greater or lower than anticipated in specific populations of patients. According to the FDA, age and pregnancy alone (the most common inclusion/exclusion criteria used in clinical trials) preclude an estimated 38 percent of the entire U.S. population from clinical studies. As a result, the evidence derived from these studies only applies to roughly two-thirds of all people living in the U.S. Once other common exclusion/inclusion criteria, such as body mass index (BMI) and race, are added to the mix, the results are applicable to an even smaller fraction of the general population.

Taking age as an example, the way and extent to which a drug is absorbed, distributed, metabolized, and excreted (ADME) differs significantly between children, adults, and the elderly. Major age differences also exist with regard to renal and central nervous system function, both of which decline with age. Furthermore, children are a highly vulnerable population that is unable to provide consent and therefore needs special protection. In fact, it is required by law that there be a direct health benefit for any children enrolled in clinical trials. Similarly, adults over the age of 70 are in need of special considerations and are unlikely to participate in clinical trials. Comorbidities and the use of multiple medications may further complicate any research conducted with geriatric patients.

Pregnant women constitute another significant slice of the patient population. Roughly 4 million women give birth in the U.S. each year, and an estimated 90 percent of these women take at least one medication during pregnancy. Various physiologic changes and transplacental factors alter pharmacokinetics and pharmacodynamics (PK/PD) during pregnancy, and only very few studies have examined drug dosing, efficacy, and safety under these altered circumstances. Because both the mother and the unborn child are affected, any potentially risky clinical research in pregnant women bears complex ethical issues and requires special protection.

The RWE solution: Observational studies in the real-world setting help us learn about different types of population subgroups. If a certain subgroup of patients responds well to a therapy, this knowledge can inform further development plans. What’s more, focused, in‐depth RWE studies can turn anecdotes about these patients into cohorts that are large enough for regulatory consideration. By rigorously evaluating real-world data (RWD) from individual patients, RWE obtained from these data may document safety and efficacy with the level of quality and detail needed to support label expansion. Carefully conducted longitudinal real-world studies with broad populations may also uncover, in real time, rare side effects or adverse event trends that may be relevant for special populations.

In situations where an intervention is necessary but randomization is considered unethical, such as in rare disease settings with small patient populations, a comparison group from a patient registry or natural history study could shed light on the impact the intervention has on these patient groups. Indeed, industry and the FDA have already exhibited progress in utilizing RWD and RWE in this area.

Similarly, while keeping physiological differences in mind, post-market information gathered from adults may provide insight into rare adverse events and other drug behaviors that might be of specific interest in pediatrics, especially when similar disease progression and response to intervention between adults and children can be assumed. This is significant since adult studies and approval are not required before studying a pharmaceutical compound for pediatric use.

Where Are We Headed?

Once appropriate healthcare standards and guardrails are implemented, the potential uses of RWE are still quite limited to date. In recognition of the need to better understand when and how RWD and RWE could better support regulatory decisions, recent legislation in the U.S., such as the Prescription Drug User Fee Act (PDUFA) VI and the 21st Century Cures Act, includes provisions that require the FDA to further explore the value and uses of RWE within the regulatory framework.

The overarching goal is to improve the outcomes for all patients and bring affordable treatments to market faster. By expanding data sources, fit-for-purpose RWE can provide critical information needed by clinicians, patients, manufacturers, and regulatory bodies to make informed decisions about special populations and the development of affordable biosimilar equivalents to brand-name biologics.

As specific populations are increasing in number and treatments become less affordable, investigators must think forward and anticipate the needs of both unique and broad patient groups. RWE studies can include both these types of groups as well as patients from extrapolated indications, follow patients for longer periods of time than in traditional randomized controlled trials, and allow for patient-reported outcomes. Vivid discussions of the principles that should guide the selection of adequate RWD sources and appropriate study designs are still ongoing. But with the steady flow of publications that provide guidance and commonly accepted best practices, RWE may soon find broader application in both special populations and biosimilars, making therapies not only cheaper, but also safer for a larger slice of the general population.

Sandra Blumenrath, Ph.D., MS, serves as science writer for DIA. Dr. Blumenrath brings extensive experience in scientific research, education, and communication to her role at DIA, where she produces scientific and healthcare-related content for a variety of audiences.

Ranjini Prithviraj, Ph.D., is senior managing editor and associate director of publications at DIA. With a diverse scientific background and expertise in research and communication, she provides strategic thought leadership and delivers content that advances DIA’s mission through various media, including traditional journal publications.