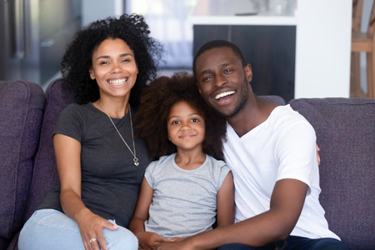 In many instances, Black adults are underrepresented in clinical trials across medical research, and this underrepresentation is multifactorial and at least partially attributable to the historical absence of their voices in research design and implementation. For years, addressing disease transmission among Black populations through scientific progress has been hindered by organizational structures, practices, and social norms in place that perpetuate bias, racial discrimination, and medical apartheid.3

There remains an often-cited misconception that minority-ethnic groups and those underrepresented in clinical research are “hard to reach” populations, which may imply an implicit reticence or inability to collaborate in research effectively. This flawed notion has historically been the perspective of the medical research establishment, which has restricted access to participation in clinical research and care for minority groups, owing largely to generations of individual and institutional racism as well as multiple socioeconomic factors.4,5 Such misconceptions and issues further exacerbate historical underrepresentation and perpetuate disparities in areas of high unmet medical need. The result is a lack of critical data on the impact of diseases upon communities of color and the benefits, harms, or potential treatments on clinical outcomes in individuals.

One of the next frontiers in improving health outcomes among people living with HIV begins with designing HIV clinical trial programming that centers on the priorities of Black adults, a demographic with high unmet HIV medical needs. This was the aim of Gilead Science’s B/F/TAF* Regimen for African Americans with HIV and Treatment Experience (BRAAVE) 2020 Study6 and its robust community engagement support component, which aligned key stakeholders across our organization, clinical sites, and community partners.

BRAAVE 2020 is a Phase 3 clinical trial that evaluated the specific treatment responses of virologically suppressed adults living with HIV. The study included people living with HIV who self-identified as Black, African American, or mixed race, including Black (Black, hereafter for this article).

To optimize community participation and engagement, we implemented the following support practices throughout the duration of the study:

We’ll go into more detail about each of these four support practices below.

Meeting Of Leaders From Community Organizations

Members of the advisory convening group were public health professionals and community advocates from diverse racial and ethnic groups, ages, sexual orientations, and gender identities, including representatives of Black subgroups most impacted by HIV. Advisors reviewed and provided input on the development of the BRAAVE Study protocol, strategic site selection, and key design features, including identifying culturally relevant recruitment strategies among Black Americans, focusing on best practices for inclusive engagement of participants by sex assigned at birth (male and female), sexual orientation, and gender identity (transgender, gender-nonbinary, cisgender, among many others).

The prospective inclusion of the SAC was informed by best practices from our existing North America HIV Research Community Advisory Group (NA-CAG) and experience with other HIV research collaborative groups. This localized, inclusive approach provided an adaptable approach that is being integrated into Gilead’s HIV research moving forward.

The SAC was involved in the study early and often, providing input on protocol development, study implementation, and recruitment materials. The SAC played an integral role in ensuring equitable representation during the study in vital ways:

The power of the SAC’s professional and experiential connection with people living with HIV from an advocacy and clinical care lens created a forum for open discussion and team collaboration. They were included in all investigator meetings and the trust built throughout these relationships helped navigate the daily complexities of the trial in a way that could not have happened without them. But the true triumph was the united recognition of the importance of their recommendations, which will encourage similar approaches to future studies.

The representative community input was not only valued among the BRAAVE study community but also carried merit independent of its association with this particular study. Their influence has allowed Gilead to more quickly implement programmatic changes in our clinical research practice. Many of these changes were more broadly implemented, beyond BRAAVE, and are now standard or more common practice in Gilead HIV, including:

The BRAAVE Study was a collaboration between 82 clinical trial sites across the U.S.,6 with an intentional selection of clinical sites in the Southeast region, 10% of which had never participated in an HIV clinical research study of this kind before. Enrollment was rapid and many sites asked to be permitted to enroll additional participants.

The BRAAVE Study team prioritized a person-first approach to communications that put the individual at the center of its messaging for internal and external documents, reflective of our belief that individuals are, and should be, at the center of all clinical efforts. This meant adopting a language style in all study materials and communications, both internal and external with study partners and vendors who provided a specific service to the study, that recognized study participants are not research subjects “infected with HIV.” The use of person-first language aims to encourage connection, approachability, and unity, and play a role in relegating biases, stigma, and devaluing of individuals.7 For these reasons, we believe person-first language is important for clinical research, particularly when reaching groups who have historically been marginalized or underserved by medical research and medical care.

Not only did a person-first approach help ensure every communication was rooted in these principles, but it also served to inform how we collect self-identification data for gender, race, ethnicity, sexual orientation, and other key demographics in clinical trials.

A growing priority among many HIV researchers is this level of active engagement with and understanding of various patient communities, and we see a trend of coordinated efforts to bringing this understanding and connection to the center of clinical efforts. To further improve participant engagement and recruitment for the study, we included a cultural sensitivity and implicit bias training session for the study team at the pre-study investigator meeting. This educational training was tailored toward the specific needs of the BRAAVE Study and drew from well-established literature and gave tangible, evidence-based guidance for improving engagement. As a result, BRAAVE researchers were given the tools to:

As we look forward to our future, we recognize that we need to act with intention to ensure diversity and inclusion in clinical research to realize our vision of, one day, potentially living in a world without HIV. The design of the BRAAVE 2020 Study can help influence future studies to not only ensure better representation of Black participants in HIV clinical research but also in ensuring all research programs are powered with the voices of all people so that when new treatments and innovations are introduced, they can potentially help those who need them the most.

Sean Collins, MD, MS, is senior director of virology at Gilead Sciences. Sean is a practicing infectious disease physician who leads research on the treatment and cure of HIV with a focus on advancing equitable clinical trial access among people from traditionally marginalized groups.