The Case For Moving The EMA To Ireland 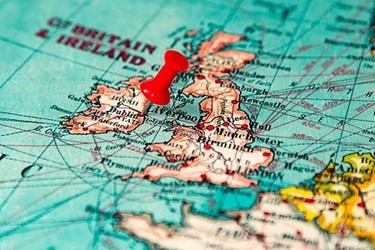 One of the many questions remaining after the controversial Brexit vote is which EU country the European Medicines Agency (EMA) will be able to call home. Several countries have already expressed interest or made an official bid to be the new host city for the EMA headquarters, including Italy, Sweden, Finland, Spain, and Ireland. Those of you who read my articles know I rarely branch out from the biosimilars space. But given the response from readers to my Brexit-related content, as well as their interest in global markets, I took the opportunity to speak with Tommy Fanning, head of biopharmaceuticals for IDA Ireland, to get a better sense of Ireland’s biopharmaceutical space and the country’s bid to relocate the EMA to Dublin.

Relocating an organization as large as the EMA, which employs upwards of 1,000 people in London, will be no easy feat. As such, IDA Ireland, an agency that supports companies in Ireland and promotes foreign direct investments in the country, is working with the Department of Health and the Health Products Regulatory Authority (HPRA) to compile information on why Ireland would be a good location for the EMA. 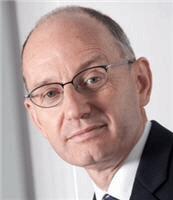 “Relocating the EMA will be a long and complicated process, and there is no clear timeline as to when the EMA will determine its future location,” Fanning acknowledges. “But Ireland has a long history of supporting the life sciences sector and the development of medicines. We expect these experiences, as well as the strong ties between the U.K. and Ireland, would support a more seamless transition for the EMA.”

The State Of Ireland’s Biopharmaceutical Industry

The country is currently home to over 75 pharmaceutical companies, including nine of the top 10 pharma companies globally, and 40 FDA-approved pharma and biopharma plants. In 2014, Ireland was the seventh largest exporter of medicines and pharma products in the world. From a general economics perspective, the country experienced its fifth year of economic expansion in 2016. The European Commission, the Organization for Economic Co-operation and Development (OECD) and the International Monetary Fund (IMF) all predicted Ireland would be the fastest growing economy in 2016.

According to Fanning, Ireland boasts a “knowledge economy.” Over the past 10 years, scholarship in Ireland has shifted to more fully embrace science, technology, engineering, and mathematics (STEM subjects).

“Ireland was always known as the land of saints and scholars, and scholarship was quite often focused on the arts,” Fanning says. But there are increasingly strong links being forged between Irish universities and the life sciences industry to ensure the skills needed for drug development are also stressed academically. The country has an “expert skills group,” which determines the needs of each industry sector and reports on what building blocks need to be in place to encourage industry growth. In fact, the most recent report published in August 2016 homed in on the future skills needs of the biopharma industry.

In particular, Fanning calls attention to the growing investments being made in biopharmaceutical manufacturing in the country. “In the last 10 years, there have been over $10 billion in biologics manufacturing investments in Ireland,” says Fanning, highlighting Shire’s $400 million investment in a 400-person biologics facility announced earlier this year. Last year, Bristol-Myers Squibb revealed its plans to build a $900 million facility in Ireland and to hire 500 people. “At IDA, we are looking toward the future when these facilities will be operational and determining how we as a country are going to provide the employees with the necessary skills to meet these companies’ needs.”

Despite the U.K.’s decision to leave the EU, Fanning emphasizes the strong relationship that exists and will continue to exist post-Brexit between Ireland and the U.K. “Our biggest trading partner is the U.K.,” Fanning says. Even though Ireland will continue to remain a member of the EU, Brexit is not being taken lightly. Increasing employment rates and a capital investment program to bolster the economy’s infrastructure and housing sector have put the country on good footing to weather any negative impacts from Brexit. But, Fanning acknowledges, “We are looking very, very closely into how Brexit will pose issues for Ireland from a trade point of view.”

Following the Brexit vote, IDA wrote to all its biopharmaceutical, medical technology, and medical device clients to discuss what the U.K.’s decision would mean to business. One common concern was the impact the weakening currency would have on business — especially to the companies which primarily or only export to the U.K. (Many of the larger international companies only ship a small proportion of their products to Britain.)

Many clients also posed the universal, yet unanswered, question of what the relationship between the U.K. and EU will be like following the split. Though companies haven’t necessarily expressed plans to reduce their footprint in the U.K., they are beginning to suggest to IDA they will need to move future testing and validation efforts to an EU country. “This EU country might not necessarily be Ireland,” Fanning says. “But they are saying it won’t be the U.K. anymore.”

What The EMA Will Need From Its Host Country

Regardless of where the EMA moves, Fanning emphasizes the need for a seamless transition. The EMA will also need to be located in a city with the appropriate infrastructure, skills base, and strong international relations.

In terms of infrastructure, the agency is going to need an appropriately sized building at which to host seminars, conferences, and meetings on an ongoing basis. For any city, not just Dublin, this raises a number of questions, including what buildings are currently under construction or are in the planning stages.

It is also necessary to consider the demographic makeup of the EMA employees who will be relocating with the agency, including marital status, family members, and schooling and housing needs. As Fanning says, moving a regulatory agency is a different challenge than a pharma company setting up a facility in the country. A company launching a new facility might send several executives to the new country. But the rest of the employees would be hired locally. “That’s not the case with the EMA,” he clarifies. “It’s not as if the EMA is coming here looking to employ 800 or 900 people. The majority of those people will be moving with the agency. After all, the EMA can’t afford to have 500 or 600 people suddenly leave. They will need stability moving forward.”

Beyond the fact Ireland is just a “short hop” from the U.K. and has a rich biopharma history, Fanning highlights the importance of the multilingual culture of Ireland. Though the EMA is based in London, its employees are from many different nations. According to Fanning, the Netherlands and Belgium used to be hailed as the epitome of multilingual cultures. But by bringing call centers into Ireland in the past, the country observed an influx of native speakers from France, Italy, and Germany moving in to fill these positions. “We look at companies, like LinkedIn, Microsoft, and Google in Dublin, which have 40 different languages being spoken in their offices,” Fanning describes.

Even though the EMA’s employees are relocating with the agency, hiring will likely be needed in the future as the pharma industry continues to evolve. For instance, Fanning predicts the EMA could one day begin to regulate drug devices, which it does not currently do. “Ireland’s multilingual and technical skills are very transferrable to any positions the EMA would want to fill in the future.”