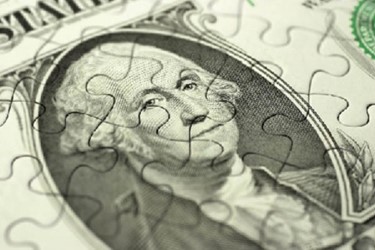 Sponsor companies are increasingly examining ways to integrate the payer community’s point of view into clinical development activities, a trend that could improve the chances a drug will gain market access, achieve faster adoption once launched, and better meet patient needs. With payers increasingly demanding evidence of a drug’s value before they will cover a marketed product, demonstrating both better clinical and economic benefits of a treatment takes on greater significance.

The trend finds sponsor companies typically reaching out to public and private payer groups in Phase 2 of the drug development process, asking for feedback on what data and evidence would be important for making coverage and reimbursement decisions. Similarly, analytics and data are being used at higher rates to clarify what drives payer decision-making processes and to help determine what criteria or comparators would be important to include in clinical trial designs for later economic and comparative effectiveness evaluations.

Until recently, the needs of payer groups haven’t typically been addressed in clinical development programs. Clinical trials are designed primarily to meet quality, safety, and efficacy requirements for regulatory approval. They are conducted in highly controlled settings with a narrowly defined group of patients. Though the same data elements collected and analyzed for regulators are used for coverage and reimbursement decisions, payers also are interested in how drugs perform in real-world settings and whether they offer good value compared with the existing standard of care. Part of the challenge for payers and pharmacy and therapeutics reviewers is translating regulatory endpoints to real-world endpoints (e.g., fewer hospitalizations and emergency department visits, better quality of life, and decreased side effects).

Although the movement is young, some sponsor companies are exploring ways to foster greater cooperation between their R&D and market access teams, historically separate parts of the organization. The idea is to develop evidence generation strategies that support both regulatory approval and market access processes. The industry in general recognizes the need to look at the overall market access strategy before mobilizing products into the clinical real world. We are starting to hear biopharmaceutical companies say they need to be much more strategic and proactive to understand the landscape and how best to position their products in the marketplace upon approval.

As integration of payer perspectives has yet to become “business as usual,” a need remains to better understand payer viewpoints and adequately design clinical trials that can answer market access questions. Public and private payers have become increasingly selective about which products they will cover, and some large manufacturers already have been denied reimbursement for approved products. For example, the 2018 combined Express Scripts and CVS drug exclusion lists exclude 344 products from their formularies. The need to generate evidence that shows payers the economic benefit of higher-priced drugs will only increase as the healthcare industry moves toward pay-for-performance and value-based frameworks.

Because global payers operate in increasingly difficult environments with pressure to control costs, they are exerting greater influence on clinical trial activity. Health technology assessment (HTA) frameworks have been adopted in Europe and other regions to inform drug-funding decisions by evaluating both clinical and cost-effectiveness evidence. Outside the United States, many government agencies, essentially functioning as payers, have issued explicit guidance on expected clinical data and methodologies required for reimbursement discussions. In the United States, payers impact clinical research more indirectly — through requests for comparative effectiveness, cost, or patient-reported outcome data — to support coverage decisions.

Inevitably, it seems payers are going to require that trial data translate to real-world experience. Payers are demanding a product’s value, or cost-quality ratio, as defined in clinical trials is comparable to value in real-world use. Payers are beginning to assert that if they do not see that kind of information, they are going to be far more restrictive on what they make available to their health plan members.

As a result, sponsor companies recently began to engage directly with payers and government agencies earlier in the drug development process. They seek feedback about protocol design and the types of evidence they want to use to differentiate a new drug from its competitors. Until about five years ago, it wasn’t unusual for sponsor companies to assess payer needs just months before a product’s launch.

Uncommon just a few years ago, there is finally open communication between drug developers and payers of all types, both public and private. In Europe, the European Medicines Agency (EMA) and relevant HTAs provide drug developers with early scientific advice, which could include discussions about comparators and specific criteria that will be used to evaluate the drug for reimbursement. Although a similar pathway does not exist in the U.S., sponsors may hold meetings or advisory panels with payer groups to discuss the target product profile in terms of efficacy and safety parameters, describe trial design components, and ask for general guidance. There are anecdotal reports that payers and HTA organizations are investing more resources in this type of service as the demand from pharmaceutical companies rises.

Sponsor companies meet predominantly with chief medical or pharmacy officers from payer companies; chief quality officers also are increasingly involved in these interactions. While not all payer organizations have a dedicated liaison to work with the clinical research community, many have formed groups or subsidiaries that focus on health economics and outcomes research. Humana Pharmacy Division, for example, formed Comprehensive Health Insights, a subsidiary that focuses on engaging with drug manufacturers and regulatory agencies as well as conducting internal comparative-effectiveness research and disease analysis to inform coverage decisions.

In some cases, development teams incorporate payer perspectives and advice into clinical trial protocol design. Alternatively, teams may decide not to change the clinical development plan due to cost and time constraints but instead run parallel studies or generate data through registries, patient outreach, literature-based analysis, or market research. Some of these programs, especially those that involve patient-reported outcomes, can continue into the post-approval phase.

Payers want a comparison of a new therapy against the treatments most commonly used within their area of responsibility. Even if the standard-of-care medicine was included in the trial, comparative effectiveness trials in a real-world setting — that is, outside a registration-oriented, controlled clinical study — may be needed. This could be the case if the main benefit of the new treatment, such as easier administration, was unlikely to be captured in a Phase 3 efficacy trial.

Payer groups have the greatest interest in discussing clinical development programs that involve their big budget areas — cardiovascular, diabetes, cancer care, and other specialty therapeutic areas such as immunology and hepatitis C. Payers are also investing some of their own resources in understanding the treatment process, outcome, and cost.

Health insurance companies have similarly entered into research collaborations with pharmaceutical companies that have long-term potential to inform both clinical trial design and coverage decisions. Humana and Lilly, for example, formed a research collaboration in 2013 that uses de-identified claims data to study how interventions impact healthcare outcomes, adherence programs, disease management, and costs. Similarly, WellPoint and AstraZeneca formed a collaborative agreement to analyze how medicines and treatments already on the market work in a number of disease areas, particularly on chronic illness.

Another recent advance, both in the U.S. and other countries, involves analysis of quantitative data, either from HTA reports or market research, to understand how payers have made pricing and reimbursement decisions and what payers look for as key points of differentiation. There is more specificity to analyzing why payers have made decisions historically for coverage and reimbursement — and enough payers, history, and analytical and decision-making tools are now available to quantitatively understand what they are looking for in clinical development.

A New York-based vendor focused on health economics data and technology has created a data analytics model that shows how clinical trial design decisions affect downstream reimbursement decisions. The model integrates drug development and market data from multiple sources including regulatory documents and clinical trial endpoints. The technology platform created allows organizations to understand the types of evidence, clinical criteria, and economic model considerations that lead to a positive or negative reimbursement decision. Sponsor companies use the application to inform high-level strategic decisions about clinical trial design and market access. This vendor focuses on processes outside the U.S., in countries where clear methodologies are used for cost-effectiveness and comparative-effectiveness evaluations.

The thought process in designing a trial should include not only gaining regulatory approval and having the right label, but also knowing the target patient population and how the treatment will be considered “comparatively effective” or cost-effective. That is very difficult.

Leading CROs have also built up their ability to draw insights from real-world evidence and analytics that can help sponsor companies design clinical trials with the endpoints, patient populations, or comparator drugs that may be important in payer or HTA evaluations.

Sponsor companies have begun to understand that they can improve early-stage decision making and product development by using commercial insights in the clinical development process. Some larger pharmaceutical companies have well-established health economics research groups or market access divisions that analyze pricing and reimbursement decisions, seek input from payer groups, and monitor the competitive landscape. These groups provide insights to project teams that can influence either clinical trial design or ancillary approaches to gathering evidence. In addition, companies with established divisions that focus on real-world evidence of products in order to satisfy safety requirements have begun to take their late-stage learnings and incorporate them into early-stage planning.

There are well-grounded new product planning groups, especially in large pharma, addressing what the market access landscape, competitive landscape, and patient outcomes could look like — even at the time of candidate drug nomination. While this is not yet routine, accelerated approvals and breakthrough therapies bear witness that this thinking must occur very early.

Many companies remain siloed. As payers, patients, regulators, and other stakeholders push for more evidence and ask biopharmaceutical companies to provide more data ahead of approval and access, we are starting to see a shift within companies.

In the United States, however, context matters, and currently there is not a meaningful way to measure the impact of a product development model that incorporates payer needs into clinical trial design. While mechanisms in other countries allow organizations to understand how decisions made in clinical trials affect reimbursement decisions, in the U.S. pricing decisions are made behind closed doors without clear methodologies.

It’s always good to have discussions. How much this really helps is hard to determine. The payer rarely has to explain its methodology. If a payer were to give advice about what to do in the clinical trial space, it would be difficult to trace whether following that advice would have made a difference in how that product was covered. In some sense, payer input is limited by the very nature of the more contentious relationship downstream as well as the arguably conflicted position of certain pharmacy benefit middlemen operating in a rebate model.

More and more, we are likely to see healthcare organizations — whether payer organizations or pharmacy benefit managers — become more involved with the clinical research community. They can influence the way some trials are designed to get the kind of data they want in order to state a strong value proposition at product launch and beyond.