The High Price Of Failed Clinical Trials: Time To Rethink The Model 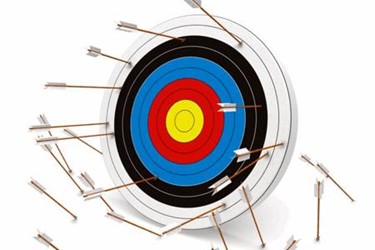 Back in 2014, a study in Nature Biotech showed that only 32% of drugs have a probability of making it to Phase 3 trials, and only one in 10 drugs overall actually makes it to market. Things haven’t improved since then.

BIO recently put out a study reporting that the average overall likelihood of approval (LOA) by FDA from Phase I was 9.6 percent – a 1 in 10 chance. The rate is even lower for major disease areas like oncology. Phase II clinical programs continue to experience low success rates as well, with only 30.7 percent of candidates advancing to Phase III, a slightly worse rate than it was a few years ago.

The cost of failed clinical trials is high, and the industry needs to focus on ways to reduce the continuously high failure rate.

Estimates vary on the cost of a failed clinical trial, but figures range anywhere from $800 million to $1.4 billion. Companies that experience a failed trial often face a plummeting stock price and need to reduce workforce, close research sites and consolidate business units, and potentially sell off various therapeutic areas in order to preserve the core business. This of course impacts employees and shareholders, but even more so patients.

Clinical trial failures may not have had such significant consequences years ago, when blockbuster drugs were the norm and each new drug launched could reap millions of dollars that could cover the costs of not only its own R&D, but those of failed trials as well. However, the days of the blockbuster are over – particularly for disease areas like oncology. Drugs now need to target many smaller subsets of indications, and there are different drugs and combinations for first line vs. second or third line treatment. With drugs now focusing on smaller patient populations, each drug has a smaller market in which to recoup those R&D costs. This challenge is compounded by reimbursement issues, as well as public and government pushback on high drug costs.

A Simple Reason for the High Failure Rate

While many factors contribute to a failed clinical trial, there is one common denominator: pharma is not yet serious about biomarker discovery and implementation.

The above-mentioned BIO study found that rare disease programs and programs that utilized selection biomarkers had higher success rates at each phase of development vs. the overall dataset. Pharma has been talking about precision medicine for more than a decade, and has been very vocal about the need for biomarkers and complimentary/companion diagnostics (CDx) to advance patient treatment, particularly in oncology. However, while some companies have made this a focus of research – particularly those focused on immuno-oncology drugs, which requires an in-depth understanding of key markers and the immune system’s response to cancer – the industry as a whole has not yet demonstrated a real commitment to applying a deep understanding of biology and the immune system to develop robust and meaningful biomarkers.

The primary reason for this lack of commitment is that it’s expensive and challenging. Identifying a robust biomarker can be like looking for a needle in a haystack. In oncology, detecting a sustainable, predictive biomarker (beyond genetic testing) and developing a robust CDx requires the correlation of genomics and tissue data, understanding the tumor microenvironment, including the spatial relationship between immune cells, and the development of precise, quantifiable assays. This process requires a significant amount of time, and a single assay can cost millions of dollars. Even when a promising marker is found, it could fail. For example, the marker PDL-1 has been viewed as a promising target for immuno-oncology drugs, but recently Bristol-Myers Squibb indicated it may not be a robust marker after all, since the company’s drug Opdivo failed to meet its endpoint in a lung cancer trial – something no one expected.

Despite the challenges, if the industry wants to reduce the rate of clinical trial failures and the costs that come with it, it needs to get serious about devoting resources to biomarker programs and rethinking its approach to clinical trials.

Steps to Reduce the Rate of Failure

There are several important steps the industry can take to reduce the failure rate of clinical trials:

Precision medicine is about selecting the right patient for the right drug at the right time and at the right dose. Accomplishing this means applying a dedicated focus to understanding the immune system and its interaction with the tumor (environment) and using biomarkers in the drug discovery and development process. Advanced image analysis and data correlation technologies now exist to help find those needles in the haystack more easily, so pharma can:

Over 50 percent of drugs that fail in Phase III do so because of insufficient efficacy. Andrew Witty, adding to his comment around the industry spending too much time on failures, argued that pharma companies could save money by dropping bad leads sooner. Biomarker testing can help identify efficacy or lack thereof, enabling pharma to identify promising drug candidates and drop unsuccessful ones before they go too far down the pipeline.

Robust CDx facilitate better patient stratification and identify patients that will most likely benefit from the associated drug. This enables pharma to select the correct patients for a clinical trial – and not enroll patients who are unlikely to respond – thus improving the success rate of the trial.

For example, in the Opdivo case, some say the trial failed because too many patients were enrolled whose tumors had low levels of PDL-1, which Opdivo tries to block; there is data to suggest that patients with higher levels of PDL-1 are more likely to respond to checkpoint inhibitors, so the trial might’ve been successful had the patient population been more targeted or the tumor – immune system interaction had been better understood.

The industry has collected enormous amounts of data over the years, but previously was not in a position to effectively use it. With advanced storage and machine learning, algorithms, analysis tools and other technologies now available, we can begin to standardize, correlate and leverage this data to develop new drug development strategies and findings. Big Data can make R&D and the clinical trial process much more efficient and effective.

A recent Nature article on cost-cutting for big pharma highlighted the unique drug development model of the Drugs for Neglected Diseases initiative (DNDi); its approach has led to the approval of six treatments in just over 10 years, with another 26 drugs already in development, at a cost of $290 million – a quarter of what a pharma company usually spends to develop just one drug. It also estimates it can develop a new drug within its current portfolio for between $110 - $170 million, including the theoretical cost of failed projects. The reason? Its model focuses on industry collaboration (also for drug combinations) and drugs for neglected diseases, which produce little competition and have lower hurdles for regulatory approval.

Generally speaking, pharma puts a significant amount of money into research for a relatively small list of indications – those where there is a large need and thus a large market. For example, companies researching PDL-1/PD-1 inhibitors are all focusing on non-small cell lung cancer and bladder cancer – collectively putting billions of dollars into research for a small handful of diseases. These indications are of course important to research and for patients, but by racing to be first to market, pharma is not diversifying. When a pharma company then loses that race to a competitor, it either needs to drop its program (essentially wasting millions) or move forward with conducting large and expensive trials to prove that its drug works marginally better than the already approved one. On the flip side, promising drug candidates are often dropped during the clinical trial process if there isn’t a large market or profit margin associated with it.

The head of the DNDi posits that many R&D failures in pharma “are commercial rather than scientific,” and that clinical trials can be smaller, faster and cheaper when the company doesn’t have to struggle to show minor improvements over an existing drug and can instead show major improvements in a population where no treatment, or a very outdated treatment, currently exists. Additionally, if such a trial does fail, it has a lower cost impact on the company.

Failed clinical trials result in wasted money and resources, lost jobs and a setback in research. The only silver lining to this cycle of failures is that it will facilitate a change in the industry.

The financial pain of trial failure will eventually encourage pharma to change its approach and processes to be more efficient and successful in the long term. Much more funding and focus needs to be put into effective biomarkers and diagnostics development for precision medicine, data mining and diversified research efforts compared to conventional drug development. Few companies are serious about this currently, and if the failure rate is to change, there needs to be a commitment by the industry as a whole.

Some pressure is starting to be applied by regulatory bodies as well. For example, with so many checkpoint inhibitors being developed, FDA is now asking the industry to agree on a single antibody and test for all drugs targeting PDL-1/PD-1 so it is easier to compare drugs and combinations. The Nature article above also mentioned that a transformation in the industry, where big pharma works together and prioritizes needed treatments, may require government involvement and a reorganization of the entire development and approval process.

Until then, however, it’s up to the industry to commit to developing more thorough, thoughtful and effective drug discovery and development programs.

Ralf Huss is Chief Medical Officer of Definiens and has more than 20 years of training and experience in histopathology and cancer research. Prior to joining Definiens, he also served as Global Head of Histopathology and Tissue Biomarkers at Roche Diagnostics.