The 4 Most Notable Biosimilar Interchangeability Hurdles 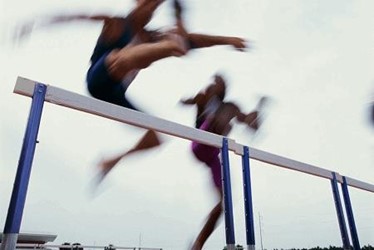 It’s been a little over a month since the FDA released its long-awaited interchangeability draft guidance. And from what I’ve heard overall, the guidance seemed to be well-received by biosimilar makers.

Though I was pleased to hear this, I’ll admit I was also somewhat surprised. After all, we’ve observed coding, naming, and labeling — arguably simpler, less scientific aspects to solidify — being beaten into the ground by endless debate. (Even now, just weeks after the finalized naming guidance was released, frustrated innovator companies are protesting the FDA’s call for suffixes on the reference biologics.)

So, to see a guidance as hot as interchangeability released without any major debates upfront was almost unnerving. No doubt, this speaks to the overall quality of the draft guidance. In keeping with the FDA’s previous emphasis on regulatory flexibility, interchangeability requirements will be flexible and differ from product to product. So, this could also have reassured companies upon reading through the guidance.

But I’m hesitant to interpret the post-guidance quietness to mean companies have no concerns about the bar it sets for attaining interchangeability.

At the recent CBI Biosimilars Summit, Kim Greco, director, research and development policy, Amgen, took to the podium to highlight some of the ins-and-outs of this guidance. As I took notes during her presentation, it became clear that the interchangeability guidance is really a combination of some of the biggest hurdles any biosimilar will face to reach and stay on the market. Overall, the most notable challenges include record keeping, the interpretation and use of real-world evidence (RWE), pharmacokinetic and pharmacodynamic (PK/PD) switching trials, and (potentially) human use studies.

After the DIA show last fall, I wrote a handful of articles focused on the challenges of gathering and interpreting real-world evidence (RWE).

Though record keeping doesn’t sound like one of the sexier aspects of biosimilar commercialization, Greco singled it out as one of the most important factors in securing patient, physician, and even company confidence in biosimilars. As she described, “All stakeholders have to be confident about biosimilars. That confidence not only requires good science, but also good record keeping. Confidence comes from our ability to show that everything will be just fine on the front end. But we also need to be able to turn to the back end to reiterate and reinforce that everything did turn out fine.”

In fact, one difference between biosimilar and generics substitution is state legislation dictating that when a biosimilar is swapped for the reference product, the pharmacist must notify the physician. One reason behind this is to ensure a doctor’s own records are kept up-to-date. After all, one potential caveat of biologic drugs is the development of antibodies that neutralize the effect of the drug. This might not occur within the first several years of treatment. “If you have an immune response, whatever you’ve altered within the last one to five years is suspect,” Greco pointed out. “That’s why we need to keep perfect records.”

One way to ensure long-term safety and efficacy is through the analysis of RWE. The FDA may request post-marketing studies to ensure no adverse events occur outside of the switching study period. In fact, in some cases, the FDA may actually require RWE from a licensed biosimilar prior to granting interchangeability.

Greco suspects the FDA’s emphasis on RWE is simply the agency’s method of covering all the bases on the off-chance something new develops beyond the studies. After all, the clinical space is highly controlled and based on specific protocol. But in the real world, a number of aspects — especially treatment adherence — can’t be controlled.

But in a real-world setting, payers may alter their formularies to prioritize a different interchangeable biosimilar. This could mean some patients would end up switching to a different biosimilar. It’s currently unclear how this would be handled at the state level, or if the FDA will somehow take this into account when performing their scientific reviews.

As Greco described, “Because the FDA is dealing with the scientific evaluation of a biosimilar compared to its reference product, the agency only speaks to interchangeability as the relationship between the biosimilar and its reference product. The states will also have to determine how they’ll handle more than one interchangeable product when substitution is permitted.”

PK/PD Switching Trials: Will These Level The Playing Field?

The requirement for switching trials was not a surprise for the industry. In fact, most of the conferences I attended prior to the guidance’s release noted the likelihood of a switching trial requirement. However, while the inclusion of these trials was not a surprise, I’d argue the selection of PK/PD endpoints in actual patients, not healthy volunteers, is a good demonstration of how stringent the expectations for interchangeability are. Though determining PK and PD (if possible) are key steps in biosimilar development, these endpoints — compared to clinical efficacy endpoints — add a layer of complexity.

Indeed, the FDA explained in the guidance that PK and PD, if available, would be more sensitive to any potential changes in immunogenicity. Though efficacy endpoints could work, efficacy outcomes would likely require larger changes in exposure or immunogenicity than would occur within the limited duration and switching periods of the trials.

Surprisingly, Greco was the first person I’ve heard say they found these endpoints “interesting to note.” When reading articles about the interchangeability guidance, most did not highlight this specific part of the switching trial requirement. But I also found this choice to be interesting.

Because PK/PD trials often involve lots of blood sampling, these trials can be plagued by high drop-out rates. (I’ve heard within the range of 30 to 40 percent.) As such, companies are faced with the need to recruit a larger number of patients at the start — and, as many of you are likely aware, this comes with its own set of challenges, both time- and cost-related.

At the recent IQPC biosimilars event, a theme through most of the presentations was how to make the development process more efficient and affordable. Similarly, at past biosimilar events, many have emphasized the need for manageable interchangeability guidelines, so as not to dissuade companies from pursuing this designation. How manageable these guidelines will be will ultimately depend on the company, its development strategy, and the product. But it certainly raises the question of whether these requirements won’t limit interchangeability to some of the bigger players with more financial resources.

Another aspect that didn’t seem to garner much preliminary industry chatter was the amount of attention directed toward a biosimilar’s presentation, or its method of administration. (Though, I did happen to find an abstract from the Journal of Managed Care & Specialty Pharmacy, which highlights some presentation-related concerns raised by the interchangeability draft guidance.)

It makes sense the agency would expect a product to appear similar and require the same processes to administer as the reference product. And the FDA is certainly not taking this lightly; on a superficial level, this section of the guidance is a few pages longer than the section outlining the recommended data and the switching studies — arguably “the meat” of the guidance.

But this focus is certainly warranted. Should the biosimilar be swapped for the biologic, it will be important that patients and caretakers are capable of correctly using the device to administer the biosimilar. Now, this doesn’t mean the devices must be identical (nor would this likely be possible, given patenting). But, as Greco clarifies, “The ultimate question is how similar are the tasks a patient has to do to self-administer this product compared to the reference product?”

The color of the vial, on one hand, might not be a make-or-break detail. But should a patient need to take different steps or be faced with a device that doesn’t resemble that of the reference product, the probability of human error increases.

For devices that do not pass a threshold analysis outlined within the guidance, the FDA recommends a human use study. But this, of course, comes with its own challenges. As Greco described, this study would likely be larger than typical human use studies (traditionally between 5 and 15 people) because, in this case, you’d be evaluating the number of errors in administration. She said, “You will be using average people and asking them, ‘If I give you these two devices, will you use them both correctly?’”

What I found interesting to note was the device is one area in which a biosimilar is allowed to be better than the originator. “In all other categories, you have to be equally as good as the reference product,” she said. “But if the interchangeable biosimilar’s device results in fewer human errors, that’s actually OK.”