The Opportunities For Conducting Vaccine Clinical Research In Latin America 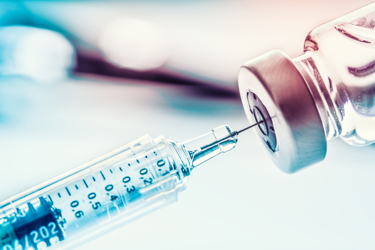 A few decades ago, the development of global clinical research that integrates low- and middle-income countries was considered a dream. Now it is a pressing need. The number of registered clinical trials has increased in all geographic regions, with the average annual growth most significant in the Asian (30%) and Latin American/Caribbean (12%) regions.1 Over the past five years, more clinical trials of all types have been conducted in Latin America (7,163) than in Africa (6,794) and Southeast Asia (6,000), excluding China and Australia. The pharmaceutical industry has sponsored more clinical trials in Latin America (3,234) than in Africa (836) and South Asia (683) over that period. Check out my last article for more overview information on why Latin America is a compelling region to conduct your clinical trials.

This article discusses the 101-year history of vaccine research in Latin America, how Latin America could help solve the vaccine clinical trial diversity problem in the U.S., and why the region is a desirable destination for such clinical research.

Latin America has taken a lead role in vaccine research due to the number of COVID-19 trials conducted in the region since 2020. The region has gained recognition for rapid enrollment and high levels of adherence. The infrastructure for clinical trials has also grown more rapidly in Latin America than in other parts of the world. Large numbers of recruiting centers are opened every year, and the number of contract research organizations (CROs) in the region has also significantly increased over the years.2

Latin America has contributed, through the participation of more than 100,000 patients, to the development of 80 of the 233 vaccines prequalified by the World Health Organization (WHO). There are 26 vaccine-preventable diseases in Latin America, of which 23 are covered by WHO prequalified vaccines. Latin America has participated in development of 21 of the 26 vaccines (the five exceptions are the vaccines for tick-borne encephalitis, hepatitis E, rabies, typhoid fever, and Japanese encephalitis).2

Panama is a leading country for research in the field of tropical medicine. Yellow fever was a severe problem for U.S. troops during the Spanish-American War of 1898. In response, the U.S. Army created a Yellow Fever Commission. American physician Dr. William Crawford Gorgas organized these programs for Cuba and the Panama Canal region. Gorgas’ group made extensive research and control efforts, which allowed for the completion of the Panama Canal by the Americans after the French abandoned their construction efforts due to the difficulties caused by both yellow fever and malaria.

After serving as Surgeon General of the U.S. Army, Gorgas eventually joined the Rockefeller Foundation’s Yellow Fever Commission as director of its work on yellow fever eradication. Years later, Harvard instructor Max Theiler would also join the commission and develop the 17D vaccine against yellow fever. Theiler, a virologist, eventually won the Nobel Prize for his efforts, and the 17D vaccine is still used today.3

In 1921, the government of Panama created a research laboratory called Gorgas Memorial Laboratory (GML) – now renamed Instituto Conmemorativo Gorgas de Estudios de la Salud (ICGES) – as a tribute to the legacy of Dr. Gorgas. In May 1928, U.S. Congressman Maurice Thatcher introduced the Gorgas Institute bill in the U.S. Congress. The bill was approved on December 20 of the same year, and the U.S. government allocated the funds to operate the new research laboratory. In 1930, the GML published its first paper, Preliminary Report on Some Parasites in The Blood of Wild Monkeys of Panama, by Herbert C. Clark (director, Gorgas Memorial Laboratory, Panamá), in The American Journal of Tropical Medicine (Vol. X, No.1. January 1, 1930).4

The work at ICGES made Panama the first in the world in several experiments related to malaria and yellow fever research. ICGES has carried out control and prevention research on parasitic diseases such as malaria, toxoplasmosis, leishmaniasis, Chagas disease, and diseases caused by arboviruses retroviruses, roboviruses, papillomaviruses, respiratory viruses, and others.4

As with any developing region, there are challenges in conducting clinical trials in Latin America. All are readily managed with proper planning and an understanding of local clinical regulations, appropriate ethics committees, and ministries of health in-country procedures. Clinical trial sponsors often achieve financial savings through faster patient enrollment in most Latin American cities. This allows for more patients per hospital site, more effortless patient follow-up, and less travel for clinical trial sponsors.5

Latin American time zones are more convenient for many U.S. and European sponsors than other emerging regions. Because the northern and southern hemispheres have opposite seasons, year-round trials on seasonal diseases can be conducted in Latin America in conjunction with North American or European studies.

Enhancing clinical trial diversity is a moral and scientific imperative. In the U.S., minority racial and ethnic groups comprise nearly 40% of the population; however, 75% of the 32,000 participants in the trials of 53 novel drugs approved in 2020 by the FDA were white. Such overrepresentation of white participants is in stark contrast to the disproportionate burden of chronic disease in the minority racial and ethnic populations, for whom clinical trials could provide life-saving therapies.6 Latin America is one of the most diverse regions in the world. Race and ethnicity vary greatly from country to country, as people from across the globe have emigrated there in large numbers.5 The ethnic diversity in Latin America creates an opportunity to contribute to solving the clinical trial diversity problem in the U.S.

As a result of more sedentary lifestyles, smoking, drinking, and obesity, the disease pattern of Latin Americans is increasingly resembling those of the U.S. and Europe. All vector-borne diseases are on the rise in Latin America. The top vector-borne diseases in Latin America by numbers of people affected are malaria, leishmaniasis, dengue fever, chikungunya virus, Chagas disease, and schistosomiasis.7 The four major non-communicable diseases – cardiovascular disease, most cancers, diabetes, and chronic respiratory diseases – will account for approximately 81% of deaths in Latin America and the Caribbean by 2030, and 89% of all deaths in high-income countries.8

The pandemic’s combined impact on Latin America’s people and economies was more significant than in any other region in 2020. Despite struggling to secure vaccines, most Latin American governments managed to buy sufficient stocks during 2021, and the region ended the year as the world’s most vaccinated. Despite a substantial global rise in commodity prices last year, the currencies of all major Latin American economies weakened, some dramatically. The Colombian peso lost 16% of its value against the dollar and is now the most devalued currency in Latin America, while the Peruvian sol weakened more than 9%. Brazil’s real suffered its fifth consecutive year of devaluation, losing nearly 7%.9 The devaluation of currencies in the region creates another compelling reason for foreign pharmaceutical and medical device companies to conduct clinical research in Latin America at a lower cost than in other emerging regions.

Emerging markets comprise the bulk of the world’s next clinical trial subjects, and pharma companies should not and cannot afford to ignore them. Latin America has become an attractive region for clinical trials. As with any developing region, there are challenges in conducting clinical trials in Latin America. All are readily managed with proper planning and an understanding of clinical regulations, appropriate ethics committees, and ministries of health in-country procedures. Clinical trial sponsors can often achieve financial savings through faster patient enrollment in most Latin American cities.

Julio G. Martinez-Clark is co-founder and CEO of bioaccess, a market access consultancy that works with medical device companies to help them do early-feasibility clinical trials and commercialize their innovations in Latin America. Julio is also the host of the LATAM Medtech Leaders podcast: A weekly conversation with Medtech leaders who have succeeded in Latin America. He serves as an advisory board member for Stetson University's Leading Disruptive Innovation program. He has a bachelor's degree in electronics engineering and a master's degree in business administration.