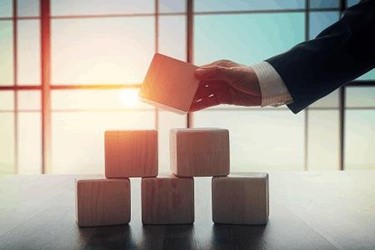 Over the past few weeks, I have been bombarded with the customary “Best of 2016” lists. The New York Times and my favorite poetry journals have released their “Best books of 2016” lists, while the Wall Street Journal took a more somber approach and published the list of beloved celebrities we lost in 2016. This publication, nearing the close of its first full year of biosimilar editorial, also jumped into this tradition by sending out its first “Top 10 Articles of 2016” newsletter prior to the holidays.

So, in the spirit of this list-making season, I compiled what I thought were the five most important biosimilar-related triumphs in the past year. Many of these events were widely covered by the media and will play an influential role in how the biosimilar industry unfolds through 2017 and beyond. I did leave several big news items off this list, including the U.S. presidential election and Brexit. We can all agree that those events stand to benefit and/or challenge regulatory agencies and the whole pharmaceutical industry — not just biosimilars — for many years to come.

At the conclusion of 2015, I published a 2016 Outlook article in Life Science Leader magazine. One of the experts I interviewed at the time said his key question for 2016 would be whether the FDA would approve biosimilars the same way as Zarxio and permit extrapolation to the same indications as the innovator. Now that 2016 is in the books (and has been dubbed the “Year of Biosimilar Approval”), we know the answer is yes. The three biosimilars the FDA approved in 2016 — Inflectra (infliximab), Erelzi (etanercept), and Amjevita (adalimumab) — were all granted full extrapolation (for non-orphan/non-patent-protected conditions).We even saw Health Canada take a new stance and approve Inflectra for gastroenterology conditions, despite its original distrust of extrapolation. (Granted, the agency required additional data prior to making the decision to extrapolate.) But what’s particularly notable is that biosimilars with no track record in Europe yet — for instance, adalimumab — were given the thumbs up for extrapolation. The extrapolation of infliximab and filgrastim was perhaps less of a leap, given the biosimilars’ success in the EU. But I had heard concerns there could be some hesitance given the lack of experience with the more complex mAbs.

“To switch or not to switch” has been a big biosimilar question for a while. And many physicians are still on the fence about whether or not to prescribe biosimilars as more are launched. But I’d argue 2016 became the year the FDA felt more comfortable with a single switch from the reference product Remicade to the biosimilar Remsima/Inflectra. (Switching back-and-forth, multiple times, is still up in the air.) The release of the NOR-SWITCH study results was a significant milestone, as these data established the efficacy of biosimilars in six indications in stable patients on the originator. There are a few biosimilar studies that have garnered some conversation over the past year or two, including a Janssen-sponsored Turkish study, a Danbio registry study, and an Irish study. But between NOR-SWITCH and this Johns Hopkins University study, which deemed anti-TNF biosimilars “interchangeable” with originators, 2016 made some great contributions to the growing collection of data demonstrating biosimilar safety and efficacy.

3.) The Solicitor General Sides With Sandoz On Patent Dance

2016 has been a year of continued patent litigation following the original Amgen vs. Sandoz ruling in July 2015. This year, we witnessed Apotex’s triumph over Amgen’s patents, which cleared away a significant market barrier for Apotex’s filgrastim and pegfilgrastim biosimilars. Coherus managed to snare a positive opinion from the Patent Trial and Appeal Board (PTAB), which instituted the company’s Inter-Partes Review of Humira’s dosing regimen. But the biggest win of all was the Solicitor General’s (SG) decision to forward Sandoz’s cert petition and Amgen’s cross-cert petition to the Supreme Court. The SG, which sided with Sandoz, argued the 180-day pre-marketing notice can be given at any time, not just after approval by the FDA. Though it remains to be seen whether the U.S. Supreme Court will take the case and rule in favor of biosimilar makers, the SG’s recommendation carries quite a bit of weight. This could be the ticket to a shorter wait-time for biosimilars. According to Big Molecule Watch, the case is expected to be briefed in early 2017 and argued in April. A decision could be made by the end of June.

Payers’ actions towards biosimilars will be an important determiner of how the biosimilar market will fare in the upcoming years. But after the release of CVS’ and UnitedHealth’s 2017 formularies, biosimilar makers should be feeling confident. Both payers decided to eliminate branded Neupogen and Lantus from their formularies in favor of Zarxio and Basaglar. These decisions foretell a future in which payers will turn to the lower-cost biosimilars over more expensive brands. As Sanford Bernstein analyst Ronny Gal stated upon the release of these formularies, “We would argue [these exclusions] materially increase the likelihood that Enbrel and Humira will see similar exclusions when biosimilars arrive.”

1.) The Conclusion Of BsUFA II Negotiations

Going into 2016, a number of companies and trade organizations were gearing up to negotiate the reauthorization of the Biosimilar User Fee Act (BsUFA II). After the Act’s official launch in 2012, biosimilar companies and trade groups, including The Biosimilars Council and BIO, had several ideas as to how this Act could be improved. These concerns included ensuring the FDA would be adequately funded, have the appropriate number of staff to speed up review times, and that the agency would be transparent about how industry user fees would be spent. BsUFA II was finally shared in a public hearing at the end of October. This Regulatory Affairs Professionals Society article provides a detailed breakdown of the differences between BsUFA I and II — the most notable of which involve additional communication opportunities with the agency and changes to meeting schedules, timelines, and user fees. Throughout 2016, I heard many industry experts express concerns about the FDA’s resources and ability to schedule and keep meetings. Now that more companies are in the midst of development and the FDA has gotten a better sense of its biosimilar workload, the reauthorization of BsUFA will, hopefully, help streamline industry-agency interactions over the next five years.

This was, admittedly, not an easy list to put together. (I’m sure some of you have some revisions or additions.) There were a number of exciting developments in the biosimilar industry worth noting beyond my self-imposed Top 5 cut-off. Honorable mentions (in no particular order) include: