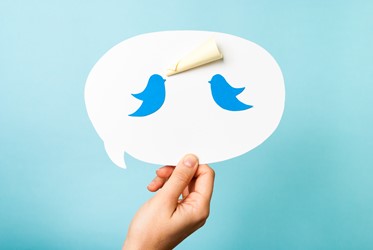 Awareness days and months occur throughout the calendar year to generate a greater understanding about various diseases and help increase visibility about the unmet needs related to these conditions. For many advocacy groups, these activities drive awareness and highlight rare disease states or disorders with great unmet needs. As such, it is especially important for biotechnology companies that are developing drug therapies in these specialized spaces to participate in designated awareness days or months.

NFPAs are pituitary tumors that may disrupt critical brain structures in the surrounding area as they grow. This will lead to serious complications including vision loss, pituitary hormone deficiencies, severe headache, and increased risk of stroke. Treatment is limited to invasive neurosurgery, damaging radiation, and lifelong monitoring. Even after treatment, these tumors often recur, leaving patients in a state of constant concern. To alleviate the significant lifelong burden of the disease, clinicians and patients are in need of a non-invasive drug therapy that can shrink or stabilize these tumors.

In October, during Pituitary Awareness Month, Tiburio wanted to demonstrate its commitment to developing transformative therapies for NFPA and to highlight its efforts. Tiburio designed a unique banner calling attention to the awareness month and posted it across several social platforms, including Twitter and LinkedIn, as well as its website. The company also considered other ways to connect directly with the patient community during this month.

To accomplish its goals, Tiburio knew there were challenges it would have to overcome. Most groups will publicize their efforts to disseminate information about and increase recognition of rare diseases during awareness days or months. However, many community members are only active in closed or private groups. This can present biotechnology companies with a challenge, as it will be difficult to truly reach all members of the community and all patients affected by the rare disease. Currently, there are no patient groups specifically centered on individuals with NFPA. As a result, reaching the target audience is not particularly easy.

Still, Tiburio knew it had to get its message out to that community. Doing so would first require the company to select a social media platform. Tiburio chose Twitter as the primary platform to communicate its support and the place to share its vision and mission. The company opted to use a “takeover” strategy to ensure its message would have the most impact.

Tiburio decided to participate in three different Twitter takeovers during Pituitary Awareness Month. This unique approach would not only educate its audience about NPFA and currently available treatments but would also help spread awareness about its efforts to develop a new drug therapy for this type of pituitary tumor. Each takeover involved an executive team member telling Tiburio’s story from his or her perspective. The posts would appear on the company’s Twitter channel.

The first Twitter takeover centered on the history of a novel type of drug, known as a dopastatin. Over the course of a day in early October, Tiburio’s vice president of research tweeted in several installments about the scientific basis for the development of this chimeric compound.

The second Twitter takeover occurred later in the month, hosted by Tiburio’s chief medical officer (CMO). That executive focused on the variety of symptoms patients with NFPA may experience and the current treatment landscape for this kind of pituitary tumor, which requires improved therapies given the current shortcomings of available treatments. Tiburio’s CMO also offered insight about transitioning from a clinical career to her current role with the company.

Finally, the company’s CEO assumed control of Tiburio’s Twitter account to share the history of the company and how Tiburio is working to minimize the lifelong concern and suffering that can accompany rare endocrine diseases.

Tiburio’s goal was not simply to preach to the audience. It was to engage patients and to have a conversation with them about their disease. Therefore, each individual takeover encouraged comments and interaction from the online rare disease community, which fostered a sense of togetherness on the platform. This cohesiveness is particularly remarkable and important, since chronic diseases often may contribute to feelings of isolation. By developing this content, Tiburio was able to share relevant information and build relationships within the patient community.

By building a welcoming environment online, biotechnology companies can help patients feel comfortable sharing many facets of their disease and their experiences living with their disease that they may not otherwise publicize. This level of intimate detail about living with a rare disease can be incredibly valuable to the entire patient community. It also provides ongoing inspiration and better protocol design ideas to those developing therapies for rare diseases.

Tiburio has not only been able to spread awareness about NFPA by publishing its Twitter takeovers, it has also been able to apply learnings from the subsequent engagement on the platform to its mission. By applying analytical algorithms and performing qualitative research, the team has been able to extract meaningful information from the comments and reactions to the content shared on Twitter.

Additionally, Tiburio has taken its learnings to advocacy groups focused on continuing to spread awareness about NFPAs. Advocacy groups are often involved in driving awareness efforts about diseases throughout the year, so knowing that a company is dedicating time and resources to participate in these efforts is meaningful to members of the group. This type of collaboration further builds the relationships between biotechnology companies, advocacy groups, patients, caregivers, and providers.

Tiburio continues to interact with many advocacy groups across other social media channels. By working together, efforts to increase awareness about NFPA and other rare endocrine diseases are amplified. Although they may seem inconsequential, these joint efforts can have great impact and, more importantly, build an overwhelming sense of camaraderie in the community.

The Twitter takeovers, advocacy outreach, and collaboration on social media will enhance the company’s efforts to accurately capture the patient’s voice and ensure it is incorporated into future trial designs.

Looking ahead, Tiburio hopes to continue working closely with patient advocacy groups and raising awareness about NFPA. While participating in online conversations that patients, caregivers, and providers have about living with a pituitary tumor, these discussions can help alert others with similar symptoms to some of the challenges newly diagnosed patients may face.

Tiburio is confident that the insight gained from these discussions will prove meaningful as the company moves forward and launches a Phase 2 clinical trial of its dopamine-somatostatin chimeric compound for the treatment of NFPA. By listening to patients and establishing a direct line of communication, Tiburio can design trials that take into consideration the needs, concerns, and desires of patients it wishes to enroll.

Nerissa Kreher, M.D., is a board-certified pediatric endocrinologist with experience in clinical development and medical affairs. Her expertise is in the development of medications/products for rare diseases spanning multiple therapeutic areas. As chief medical officer of Tiburio Therapeutics, Dr. Kreher oversees clinical and regulatory development strategy. Prior to joining Tiburio, she was chief medical officer at AVROBIO, where she oversaw clinical development. Earlier, she held positions of increasing responsibility at Zafgen, Shire, Enobia, and Genzyme. Dr. Kreher earned her executive MBA from Northeastern University, her M.D. from East Carolina University School of Medicine, and her M.S. in clinical research from Indiana University.