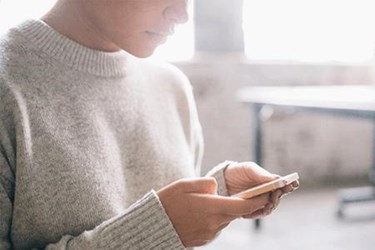 Understanding the proper role of social media is an important challenge for pharmaceutical companies when it comes to “connecting” with potential patients and building their levels of trust. In 2017, strategies that involve traditional mass media — such as TV and print ads — are far from dead; however, social media offers clear advantages to building recognition for a drug — and awareness of its efficacy — in ways that can be targeted to very specific audiences. This typical challenge of targeted outreach is made considerably easier for companies thanks to the significant amount of personal content choice that both social and digital media platforms offer patients who are doing their personal health research.

The Role Of “Influencers”

Although direct outreach and targeting of specific potential patients can be accomplished, a more impactful approach for the company to implement is targeting and developing rapport with key “influencers” on social media platforms. Such influencers can be medical professionals who are trying to make a name for themselves on the web, as well as other individuals who simply want to gather information and create open discussion forums for the mutual sharing of information about particular medical treatments online. Influencers can also be patients who are seeking a voice — and gaining one with like-minded followers — or might even be a traditional reporter who prefers to write about a particular topic and is opting to aggregate information by sharing it via their social media presence and chosen platforms. In fact, a pharmaceutical company itself can seek to become an influencer, aiming to build an online audience and control its own messaging.

To strengthen relationships with a potential patient population, a pharma company can benefit from carefully crafted messages posted on social media by these influencers. This use of social media as a form of marketing is another tool in an overall plan. Marketing efforts by companies adding this tool to their communications strategies must strive to convince patients of their genuine intentions, knowledge, and expertise in their specific health focus. This is not really a new concept; what’s novel is the realization that low-key and indirect messages seem to resonate — and this is not referencing pay-for-play media. The best efforts involve providing valuable and accurate information on an ongoing basis without an obvious associated marketing angle. If trust in the source is established, the message itself begins to develop naturally. The benefit is that the potential patient begins to organically gravitate to the products and/or offerings of the influencer.

What kind of content is worth creating? One key to harnessing social media effectively, and building patient trust in the process, is to craft engaging articles with content that patients and relevant influencers will want to share with others. It is important to note that this content will be perceived as irrelevant if it does not create value on some level for patients. Content is effective when it gives potential patients facts about a treatment: information that they will feel is helpful and relevant, that they can easily access and use, that answers their questions about their health, and that gives them advice on where they can go to learn more. A pharmaceutical company that creates an article satisfying these requirements can be almost guaranteed that it will be heavily shared among potential patients who are genuinely interested in that topic — a priceless asset.

Positive messages about conditions and treatments are more likely to be shared on social media than negative messages. This begins with the title of a post or article, which should be short, sweet, and upbeat, and get right to the point about a treatment. A relevant image or set of images should be included along with the article, as these reinforce the message and may encourage readers to share it.

Who Is Paying Attention?

Once high-quality, sharable content that effectively conveys information about a treatment has been created, a pharmaceutical company faces yet another challenge: ensuring that the right people are paying attention to it. Many companies—including those in the pharmaceutical space—run the risk of spending large amounts of time and energy to create content that goes to waste because no one ultimately reads it. It is extremely important to make sure that once an article has been crafted, it appears on social media platforms that are known to be used by patients who are receptive to information about their health. Properly placed, such an article — especially if well-written — can live for years online. And because such an article counts as “evergreen” content, it is vital to include as much information as possible into it, anticipating and answering patients’ questions. One great article is worth significantly more than a thousand mediocre ones.

Furthermore, pharmaceutical companies may wonder about the role and importance of working with patient advocacy groups in the quest to attract a specific population of patients. There is some value to be realized here, but it likely comes at a price: namely, hiring a representative who will incur costs for travel and hotels, as well as the expense of setting up, staffing, and breaking down a booth at trade shows. In stark contrast, thanks to social media, a pharma company can easily target a much broader swath of potential patients. A well-designed search strategy will identify influencers in the area the company wants to target. If the company can create content that is of interest to those influencers, they will do the work of alerting their followers — providing a social media “army” to spread the company’s message and potentially strengthening the rapport with a target audience.

A separate question concerns what a pharmaceutical company’s chief executive officer should be doing online. Should he or she forge a presence on social media in order to connect with potential patients? It depends. When it comes to conveying the corporate vision and where the company is going, the CEO’s voice can be valuable — if he or she is working very closely with the chief medical officer or chief scientific officer on developing clinical trials or other initiatives. The CEO’s goal is to articulate the overall direction of the company; in most cases involving social media, it pays for the CMO and CEO to share the messaging. However, pharma CEO blogs are only worth the time and energy if the pharmaceutical company’s website has a sizeable amount of traffic—enough to rival that of any external website where the CEO’s message could be posted. If there is, in fact, an outlet that attracts more traffic than the CEO blog, it makes sense to pursue that outlet instead.

It is also important to note that the U.S. Food and Drug Administration has developed guidance for the proper use of “interactive promotional media” (e.g. blogs, microblogs, social networking sites, online communities, and live podcasts) by pharma companies. The FDA’s recommendations pertain both to forums that the company maintains directly as well as third-party forums on which its products are discussed. In summary, the FDA says a company is responsible for product promotional communications on sites that are owned, controlled, influenced or operated by, or on behalf of the company. (To meet postmarketing submission requirements, the company must submit to the FDA the promotional content it generates.) Furthermore, the company is responsible for promotion on third-party sites, even if that influence is limited in scope. In addition, the company is responsible for the content generated by any employee or agent (e.g. a blogger) who is acting on behalf of the company to promote its product. Having an understanding of FDA rules, as well as FTC and SEC regulations, for public companies, is advisable.

Separately, the FDA has also developed guidance for the use of social media platforms (e.g. Twitter) that only allow a limited number of characters per message. Within the available space constraints, pharma companies are advised to balance accurate information on benefits and risks of their products as well as a link to more detailed information. If the company concludes that these features cannot be communicated in a character-space-limited communication, the FDA suggests the company should reconsider using that platform.

After all the time and trouble has been taken to craft and post an effective article, how will a pharma company know when it is successfully connecting with its intended audience of potential patients? First, if a link to the company’s website has been included in the piece — which is highly recommended — the company website’s search engine ranking will improve. Second, a search performed on the title of the posted article should indicate that it has been viewed and shared on social media platforms a significant number of times. In ideal cases, the social media posting will inspire a larger story written and published by a traditional media outlet.

An additional issue involves the important role that social media can play in recruiting patients for clinical trials. The Tufts Center for the Study of Drug Development reported in 2013 that 37 percent of all sites in a given trial fail to meet their enrollment targets, and more than 10 percent never enroll a single patient. However, patients who read a compelling story about the trial online are much more likely to want to learn more about it. This process is facilitated if the article drives these patients to a landing page on the web with information on how to take action, such as contacting a trial site in their vicinity. It is also advisable for the company running the trial to position the content in a way that compels readers to share it with friends who might be interested, and who in turn will share it with their own friends.

Learn how to tell the story of your clinical study on Social Media and improve your patient enrollment. Register for the webinar:

There is no doubt that patients interested in new treatments and trials are likely to be influenced based on what they read and see on social media platforms. This is why a purposeful and carefully designed social media strategy has become essential in the world of pharma. It can take a considerable amount of time to build up trust among a population of potential patients. Taken together, and used wisely, the insights and tools discussed here can go far toward helping a pharmaceutical company establish and maintain a closer relationship with the individuals it is aiming to reach and help.

Impact report: 89% of trials meet enrollment, but timelines slip, half of sites under-enroll. Tufts Center for the Study of Drug Development. Vol. 15, No. 1. January/February 2013.

Dian Griesel, Ph.D., is the founder and president of DGI Comm, a corporate communications firm in New York City. Over the course of her career, she has guided the public relations programs of more than 300 companies in the life sciences sector.