What Is Scientific Research Misconduct & Fraud In Clinical Research? 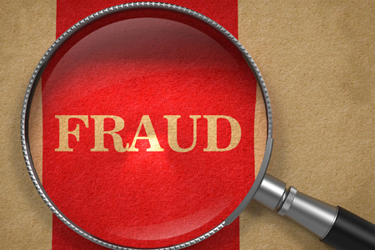 Such acts in a clinical trial can range from intentional recording and reporting of fabricated, false, or misleading information or data, such as falsified subjects, assessments, and specimens, to reporting data that was never obtained or omitting data that would ordinarily be reported. While research misconduct and fraud cover a broad range of acts, the ramifications are clear. Immediate sponsor consequences may include patient enrollment holds, investigational product holds, closure of the study site, retraining of site staff, and exclusion of some or all data or analyses. This critical issue poses a potential risk to patient safety and may threaten the overall scientific integrity of data prepared for FDA drug approval submissions.

Research Misconduct And Fraud In Context

Contextualizing how research misconduct and fraud appear in clinical trials and how these findings are addressed by federal law enforcement and agencies is critical to understanding impact. Most recently, a researcher who engaged in scientific misconduct during oncology trials through Duke University “engaged in research misconduct by including false research data in their published papers, manuscript submission, and grant application.” This met a major consequence, as the clinical trial was suspended, and the ORI released findings outlining how the data sets were altered and false data was reported.

More recent Department of Justice (DOJ) activities also brought to light multiple cases against parties conducting clinical trial misconduct. One notable recent example brings this issue to the forefront: U.S. vs. Raventos et al. (released by the DOJ in November 2020). In this case, the principal investigator not only falsified medical data but also falsely represented study subject participation and eventually pleaded guilty to one count of conspiracy to commit wire fraud. What is important to note here is that the unnamed sponsor company was not only misled by the investigator, but the reliability of the data generated during this investigator’s tenure was compromised.

“In pleading guilty, Raventos admitted that from approximately 2013 to 2016, she participated in a scheme to defraud an unnamed pharmaceutical company by fabricating the data and participation of subjects in a clinical trial at Unlimited Medical. The clinical trial was designed to investigate the safety and efficacy of an asthma medication in children between the ages of four and eleven. Raventos admitted that she falsified medical records to make it appear as though pediatric subjects made scheduled visits to Unlimited Medical, took study drugs as required, and received checks as payment.” (U.S. vs. Raventos et al.).

Common Findings From The DOJ And FDA

In addition to the DOJ, the FDA also addresses research misconduct. The FDA’s Office of Criminal Investigations may conduct an investigation and the FDA can leverage administrative actions through issuance of Form 483s, which are FDA forms issued to firm management at the conclusion of an inspection when an investigator(s) has observed any conditions that in their judgment may constitute violations of the Food, Drug, and Cosmetic Act (FD&C) and related acts. All these findings can potentially result in a rejection of data or a withdrawal of approval or licensure.

Research misconduct can occur for any number of reasons, including but not limited to:

These factors can contribute to disorganized and negligent study conduct, as sites often do not have adequate resources to support and monitor clinical trials. In addition, monitors are hired on behalf of sponsors to detect misconduct as sponsor representatives. Therefore, identifying potential errors continues to be challenging for sponsors as they are not involved in the day-to-day site activities of monitors and, unfortunately, illicit activity can often go undetected by audits or Regulatory Authority inspections, despite sponsor and monitor oversight.

The Responsibility Of The Sponsor

In the context of clinical investigations of human drugs, biological products, and medical devices, sponsors are responsible for the protection of human subjects and the quality and integrity of their data. This includes overseeing informed consent, evaluating safety reporting, assessing endpoint data, and ensuring that a study protocol is followed. In addition, under FDA regulation (21 CFR 213.56(b)) and International Council on Harmonization Good Clinical Practices (ICH GCP 5.20), sponsors are required to promptly take action to secure compliance. As a sponsor, it continues to be a challenge to detect scientific fraud, but there are steps that can be taken to design and carry out effective oversight.

In part two of this two-part series to be released in a few weeks, we will explore the essential elements of sponsor oversight to avoid accidental scientific misconduct and fraud.

MaryAnn Badala is a quality assurance professional and principal consultant at Halloran Consulting Group. She has more than 15 years of experience in the biotechnology and pharmaceutical industry. Her career has focused on clinical quality assurance process improvement initiatives, good clinical practice (GCP) audits/investigations, and inspection readiness activities.