What's Behind The Gender And Ethnicity Imbalance In Clinical Trials? 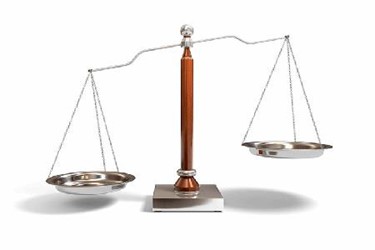 Boston Scientific deserves recognition for sponsoring the post-marketing PLATINUM Diversity study, a multicenter, open-label, single-arm, post-approval observational study focused on understudied populations: women, African-Americans, Latinos/Hispanics, American Indians, and Alaska Natives. PLATINUM Diversity enrolled 1,501 patients at 52 sites in the U.S. All of the patients received at least one Promus PREMIER Everolimus-Eluting Platinum Chromium Coronary Stent System. By including data from the Promus element plus post-approval study in the full analysis in order to allow comparisons to white men, the total number of patients analyzed increased to 4,188.1

In his accompanying editorial, Clyde Yancy summarized the importance of the study. “What is important here is … the use of a deeper social characterization of the populations studied. … The authors describe statistically significant between-group differences in 17 major domains of life and living (i.e., behavioral and social determinants of health) … often not evaluated in other race/ethnicity–based studies. … What was heretofore attributable to inexplicable race/ethnicity–based differences may now be more clearly associated with both biological and social constructs, perhaps independent of race/ethnicity, that incorporate compelling life experiences that may more directly and profoundly impact health.”2

This effort raises questions for clinical trialists about ensuring the participation of women and minorities in trials. Trialists must navigate between the powerful social initiatives favoring racial and gender “equality” and the possibility that drug and device efficacy and safety may differ by gender and ethnicity. A recent study of 782 randomized controlled trials (RCTs) published in 14 leading U.S. medical journals in 2015 reported in Academic Medicine concluded “NIH policies have not resulted in significant increases in reporting results by sex, race, or ethnicity.”3

To put the problems in perspective, let’s first look at the evidence for gender and ethnicity imbalance in recent clinical trials. Eshera et al reported on the demographics of participants in trials for 83 new olecular entity (NME) drugs and biologics that were FDA approved from 2010 to 2012: “Overall, women constituted 45 percent of trial participants for new drug applications and 65 percent for biologics. Sex analysis related to safety and efficacy was reported in 92 percent of the surveyed FDA medical and statistical reviews. Most NDAs [new drug applications] and BLAs [biologic license applications] (82 percent) had a study population that was representative of the sex distribution for the intended patient population; however, most study participants were whites (77 percent), and minority racial/ethnic groups had lower participation rates in the study population than would be representative of the U.S. racial group populations.”4

In other words, we have objective documentation that women are well-represented in recent trials, but minorities are underrepresented. Does this indicate minority patients are reluctant to participate in clinical trials? Wendler et al reported on 20 studies of the enrollment decisions of over 70,000 individuals for a broad range of research, from interviews to drug treatment to surgical trials. They found “very small differences in the willingness of minorities, most of whom were African-Americans and Hispanics in the U.S., to participate in health research compared to non-Hispanic whites. These findings … suggest that racial and ethnic minorities in the U.S. are as willing as non-Hispanic whites to participate in health research. Hence, efforts to increase minority participation in health research should focus on ensuring access … rather than changing minority attitudes.”6

Kaplan et al offered additional evidence indicating minority patients are willing to participate in clinical studies. They interviewed a population-based sample of California men with incident prostate cancer, and found no racial/ethnic differences in willingness to participate. The attitude that "researchers are the main beneficiaries" was negatively associated with willingness (OR=0.63; CI=0.43-0.93); the attitude that "patients are the main beneficiaries" was positively associated with willingness to participate (OR=1.57; CI=1.07-2.29).7

This suggests patients’ attitudes toward clinical research, not gender or ethnicity per se, should be the focus of more effective trial recruitment. Kurt et al gave a self-administered survey to 1,643 adults who were asked to rate motivators for participation in clinical research. They found “how well the research study is explained to me” had the highest mean value for all races except “other minorities,” for whom "knowledge learned from my participation will benefit someone in the future” scored highest. "Risk of unknown side effects" was the greatest barrier for all races.8 This same factor, surfaced in a study of factors that influence women’s participation in trials.9 However, the authors also noted, “explaining a study well and providing written material in the patients' own language may increase their willingness to participate.”

Putting the data together, it’s clear that policy alone won’t change clinical trial recruiting, and the evidence of important disparities in minority recruiting, in particular, is incontrovertible. Yet we also have good evidence that minority patients are willing to participate in clinical trials. As trialists, we have to apply the same data-driven approach to the problem of minority recruitment that we apply to other problems. The data tells us we need to look beyond simplistic answers and examine the real issues: Will our trial sites offer good access for minority patients? Will the sites have research personnel who can explain our trials in the patient’s language and in terms that emphasize the altruistic nature of participation?

PLATINUM Diversity provides a proof-of-concept: It can be done.

Roger Mills, M.D., is an academic cardiologist who recently retired from Janssen Research & Development, LLC. He has worked as a site investigator or study-responsible physician in all phases of clinical research from first-in-human trials to post-approval registries. He is now formally retired but remains active as a peer reviewer, consultant, and writer. His book Nesiritide: The Rise and Fall of Scios was recently named the Foreword INDIES 2016 Bronze Winner for science.