What 21st Century Cures Will Mean For Clinical Trial Sponsors 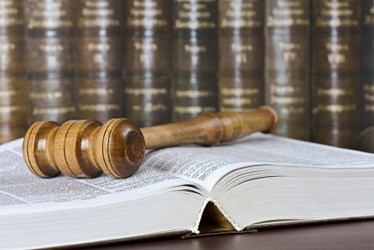 The House Energy & Commerce Committee, Subcommittee on Health recently released a draft bill that has bipartisan support and would dramatically alter the landscape of pharmaceutical and medical device regulation and development in the U.S. The discussion draft, known as the 21st Century Cures Act, is divided into five major sections, each focused on a set of legislative and regulatory proposals intended to transform, accelerate, and advance the development of new drugs and devices, as well as streamline the clinical trials process.

The draft has the following sections:

The discussion draft centers around putting patients first, incorporating patients’ perspectives into the regulatory process, and streamlining the clinical trials and drug and device approvals processes to advance the development of innovative treatments and therapies. The draft bill sets forth specific objectives to accomplish these goals. It would direct the Secretary of Health and Human Services (HHS) to create pathways that would expand access to new cures for patients and ease the regulatory burdens involved in developing new cures, including clinical trials. It incentivizes projects that repurpose existing therapies for other indications (such as how an existing cancer drug might be used in Alzheimer’s research), and directs funding efforts at boosting research in areas of unmet need.

The initiative also prioritizes projects that streamline data sharing and review systems, projects focused on the development of new antibiotic therapies, and changes to the surrogate endpoint qualification and utilization system to help accelerate the drug development process. It offers early approval mechanisms for breakthrough therapies and devices, and clears a path for individual patient access to unapproved therapies and diagnostics in certain so-called “compassionate use” or “right-to-try” initiatives. The bill also calls for a change in the use of Institutional Review Boards (IRBs). The proposed legislation would eliminate the current requirement that device and pharmaceutical manufacturers in multiple locations must use local IRBs. Instead, the bill would institute a centralized IRB system that would oversee clinical research.

What Does This All Mean For Clinical Trial Sponsors?

The discussion draft prompts numerous important questions for those involved in clinical trials. It appears that Congress is seeking ways to add transparency, simplify processes, and reduce administrative burdens on researchers funded through NIH, and increase access to data-sharing and expand funding opportunities.

Title II of the draft would create the “21st Century Data Sharing Network,” intended to standardize data collection and sharing systems within HHS’ various agencies (NIH, FDA, CMS, CDC). Under the Cures Act, HHS would be directed to create a new entity, the Commission on Data Sharing for Research and Development, which would collect data from various federal programs, such as Medicare and Medicaid, and would create a system of centralized data sharing capabilities designed to make it easier for researchers to share data, develop clinical practice guidelines, best practices, and standards of care. NIH would require any entity receiving an award or grant from the NIH to publicly share data generated through such government-funded research.

To modernize and streamline the clinical trials process, the Cures Act calls for increased funding for NIH-sponsored research and decreased regulatory burdens on investigators that are designed to help bolster research and innovation here in the U.S. It would amend the Public Health Service Act to provide for targeted funding directed at fostering high-risk, high-reward science, and would provide for expedited review of vaccine products and set forth new expedited timelines for review.

The bill also would expand the use of adaptive clinical trials processes. The HHS Secretary would be required to “establish and implement a framework through which sponsors of drugs, biological products, or devices may submit to HHS a proposal for the incorporation of adaptive trial design, Bayesian methods, or other alternative statistical methods into proposed clinical protocols and marketing applications for drugs, biological products, or devices.” In addition, the FDA would be required to update its guidances addressing these issues. It must also increase its oversight of post-approval studies to determine whether the study is still scientifically warranted, or if the design or timeline of a trial should be renegotiated because of changes in medical practice or the standard of care.

In addition to the overall modernization of clinical trials, the bill would direct the NIH to support a global pediatric clinical trial network through the allocation of grants to young researchers who participate in the network. Under the bill, the NIH would have the discretion to award grants for the sole purpose of supplementing the salaries of young researchers participating in these clinical trials. It further directs the FDA to “engage the European Medicines Agency and other foreign regulatory entities during the formation of the global pediatric clinical trials network to encourage their participation, and to further its efforts to continue to encourage and facilitate their participation in the network.”

Title IV of the Act calls on the NIH to develop a strategic investment plan that ensures scientifically-based strategic planning is implemented in support of research priorities as determined by the agencies of the NIH. Overall funding for the NIH would be prioritized, and the Director of NIH would be required to ensure that at least 55 percent of the funds used by the NIH to support extramural research for any fiscal year are used to support basic biomedical extramural research, and that rare and pediatric diseases and conditions continue to remain a priority area in research funding.

The 21st Century Cures Act is a comprehensive working draft of various strategies designed to help to foster research and innovation here in the U.S. by reducing the burden on researchers and promoting the efficient development and delivery of new and innovative therapies. It touches on a broad range of issues, from patents and exclusivity issues to expedited approval of vaccines and biologics. It would update and improve the clinical trials and review processes to account for already-proven technologies and reduce regulatory burden in favor of taking calculated risks to help move breakthrough therapies into marketable products more efficiently and easily.

The Energy & Commerce Committee is seeking public comment on the draft bill as it plans to move forward on the legislation within the next few months. In addition, it is important to note that there is a similar effort underway in the Senate. The Senate Health, Education, Labor, and Pensions (HELP) Committee issued a white paper in late January entitled “Innovation for Healthier Americans”, which mirrors many of the concerns and initiatives in the 21st Century Cures Act. The HELP Committee also is soliciting public input as it attempts to draft legislation that promotes medical product discovery and development. There is a reasonable likelihood that legislation will reach the floors of both houses of Congress by the end of this year.

While these efforts enjoy a degree of bipartisan support, there are some voices advocating caution. Former FDA Commissioner Margaret Hamburg, in one of her last public appearances before she left office at the end of March, said, “There's a misperception that you might be able to speed up innovation by lowering the standards for safety and efficacy, and I think that would be a terrible mistake that would not only just damage patients, but industry as well.”