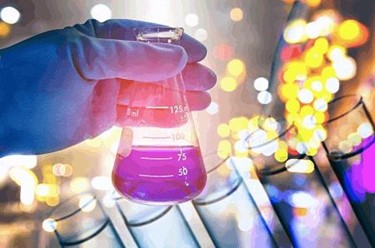 A few weeks ago, I was invited by the Thailand Board of Investment to attend a media trip to learn about the country’s budding life sciences industry. (You can read about my initial response to the trip in this article.) Entering Thailand, a country in which the government is pushing more investment and education in the sciences, was even more striking and meaningful to me given the current scientific climate in the U.S.

In recent weeks, the U.S. witnessed the first ever March for Science, which took place around the country. This march was organized to celebrate the importance of science for the common good and the central role it should play in the formation of certain government policies. While these marches drew a large number of science-supportive citizens, it’s hard to ignore the fact they were organized in response to a rising tide of doubts — both in the government and the general public — over the validity of scientific fact.

Now, it would be incorrect to say the latest unrest amongst citizens in response to political changes means that the U.S.’ academic climate and pharmaceutical industry/market are on the decline. On the contrary, the attendance at the science marches demonstrated a wide-spread cultural appreciation of and respect for scientific knowledge. On the industry front, there are plenty of innovative and effective treatments in development and hitting the market, from cancer immunotherapies to cell and gene therapy R&D. We have a mighty small molecule generics market and, finally, an emerging biosimilar market to begin balancing high healthcare costs.

But, as I discussed in my first article on Thailand’s life sciences industry, I was particularly impressed by the country’s passion and enthusiasm for scientific research. This was not only present amongst the researchers and the companies we toured, but also by the government, which, with the help of qualified industry experts, is striving to attract the necessary investments to build a life sciences hub.

I was particularly drawn to the country’s enthusiasm because of the state of events here in the U.S. For instance, when it comes to government funding in the U.S. for the NIH, a leading research powerhouse, we’ve been standing on some uncertain ground. President Trump’s budget for 2018 proposed a 19 percent or $5.8 billion cut to the NIH. The plan not only called to reorganize the NIH’s 27 institutes and centers, but it would completely eliminate the Fogarty International Center, which establishes partnerships between the U.S. and research institutions abroad. This particularly struck me after many presentations emphasizing the desire for partnerships in Thailand. (It’s important to note that a spending deal reached by Congress at the end of April actually dictated a $2 billion funding boost to the NIH for the next five months, compared to the president’s proposal to chop $1.2 billion this year. Arguably, Trump’s sharp budget cuts will be negotiated, given Congress’ recent actions and the passage of 21st Century Cures, which emphasized increased NIH funding. But the budget for 2018 has yet to be determined.)

Apart from government funding, there was also one notable occurrence where industry came out against the provision of some of its own funds to help support the NIH. I am referring to Elizabeth Warren’s proposed “swear jar bill” that would require law-breaking companies to donate 1 percent of blockbuster profits to the NIH for research. Regardless of whether this bill was actually reasonable, I was struck by an op-ed in the Chicago Tribune at the time, arguing against the bill. The writer claimed that only a quarter of drugs (or less) on the market originated from NIH research. This fact was almost dismissively delivered and suggested the U.S. pharma market is split into two separate worlds: industry and research.

In fact, this seeming split was reinforced just last week following news of PhRMA’s newest membership criteria. Several members of PhRMA have left since the organization stipulated members must spend at least $200 million per year on R&D. (For perspective, the top 10 Big Pharma R&D spenders shelled out $3 billion to $9 billion in 2016 — millions and millions above PhRMA’s requirement.)

Because my focus is strictly the biosimilar market, I’ll admit my knowledge of current trends in drug discovery, academic collaborations, and early-stage R&D is limited. I also acknowledge that it is still very early days of Thailand’s life sciences industry, and the growth of a strong pharmaceutical market requires more than a passion for and capacity to carry out scientific research. But coming from the U.S., with its current political/scientific dissidence and seeming lack of enthusiasm for R&D, Thailand’s passion for education, research, scientific knowledge, and collaboration was a breath of fresh air.