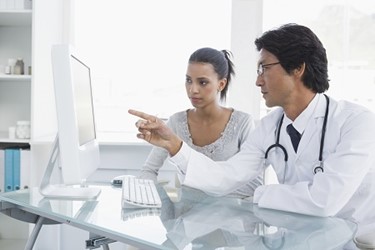 Having been both an R.N. and a patient, I have experienced both sides of the lack of transparency in health care. When I first became an R.N., it seemed that all information relating to our patients was hush-hush, at least until the physician was available to chat at the bedside. Back then, we were not even allowed to tell a patient what their vitals were when we took them. "Within normal limits" was something we often cited. Now the staff will let you know your numbers the second they take your vital signs.

I’ve also been on both sides of the fence when it comes to clinical trials. As an R.N. in a teaching institute, our dialysis patients were enrolled in several different trials and part of our care was to gather data. As a patient, I was once involved in a clinical trial for a potential new medication. I have no idea how I found out about it but, once I was enrolled, I never received any information about the findings or even if the new medication went to market. That's a shame because not only did I feel that I wasted my time, but the lack of transparency discouraged me from seeking to enroll in any other trials.

Due to pressure from patients, healthcare advocates, advocacy groups and even government officials, the healthcare industry is continuing to lean toward more transparency. There is still a long way to go, but some improvements are being made. Transparency means different things to different segments of the healthcare industry and to consumers themselves. In this particular article, I want to talk about clinical trials.