Why Do Most Clinical Trials Fail? 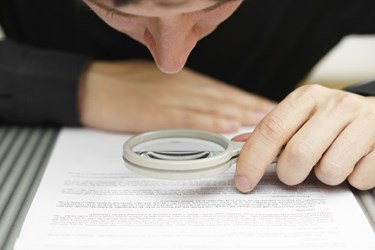 According to the latest industry research, about 90 percent of drugs that reach clinical stage development never make it to FDA approval and commercialization. At first glance, one could conclude that the reason is the stringent FDA review process designed to ensure that only products that deliver an acceptable efficacy and safety profile ever reach consumers. But a more detailed analysis of the results of many clinical research programs tells a different story.

Only half of all drugs that are rejected during the process fail due to a lack of efficacy[1]. Instead, many drug development programs are derailed by setbacks that are often unrelated to a drug’s mechanism of action or efficacy. These setbacks can include factors as diverse as a failure to maintain proper manufacturing protocols or even follow the FDA’s feedback precisely and on time. There are examples of trials that were delayed because required forms were filed late or incorrectly.  In many cases, the factors that can cause delays in trial progress can be both anticipated and avoided. Given the fact that delays in drug development can cost companies hundreds of thousands or even millions of dollars, understanding the many avoidable risks in clinical research is now considered a significant advantage.

Another important finding from reviews of clinical research programs shows that factors that can torpedo a drug’s chances of approval can occur at any stage of development. In pre-clinical research, for example, issues associated with basic pharmacology or misunderstanding pre-trial correspondence with the FDA can put a program at risk. In later stage research, delays can often be caused by a failure to satisfy precise targets through cost overruns, management inexperience, or from miscommunication with FDA reviewers. In one recent example, inconsistencies in clinical trial data that should have been identified and clarified or corrected by the company were discovered by an FDA investigator after submission, which ultimately led to rejection.

One common cause of a delay or failure in clinical research is based on the inability to meet predetermined criteria and timelines set by the FDA. Many companies inadvertently neglect one or more of the responses provided by the FDA. A good example is the mandate that toxicology screenings must be done in at least two animal species, or that a drug must have undergone synthesis and evaluation by methods anticipated for commercial use. Companies that advance to clinical development without meeting these and other requirements can jeopardize their chances of approval of later phase clinical studies or could face a complete rejection of the drug itself. A key to success is to invest the time and resources necessary to review all regulatory requirements carefully and to plan to address each one as outlined.

Analysis of different development programs also shows that there are several other procedural gaps that can derail development even at the most successful drug development companies. These include:

One especially surprising finding is that, in many cases, development programs are put at risk because drug developers fail to take into account the timing of certain segments of the FDA review. The Pharmacology, Toxicology, and Chemistry, Manufacturing, and Controls (CMC) review periods, for example, typically take longer to complete than other steps in the process. Companies that fail to allot extra time for these reviews frequently suffer delays in their overall development timelines that could have been avoided. Proper planning with a realistic timetable and then execution with careful monitoring can help protect drug developers against unnecessary setbacks.

While there are risks at all stages of development, the costs associated with delays or having to re-do studies typically escalate exponentially as products advance to later stage trials. As a result, taking steps to identify and address risks early in a development program is key. But many companies do not carefully monitor for certain risks and don’t often identify problems until later when it is difficult to address them cost-effectively. Of course, most companies are understandably hesitant to terminate projects prematurely when weighing evidence of a risk that could lead to a possible delay or non-approval. But according to a recent study of 842 molecules and 637 development program failures, companies that take steps to identify potential problems in advance and then proactively stop development of an imperiled trial have a much higher likelihood of ultimately reaching the market with their drugs[2]. Finding flaws in the development protocol can allow many companies to take the necessary steps to eliminate or reduce risk and make informed decisions about whether or not to shut down the trial.

The best way to give a development program the best chance of success is to conduct an internal review of the drug development processes that specifically follows all of the FDA guidelines. By gauging development protocols against the same standards by which their drug will be reviewed, companies are better positioned to identify risks and make informed time- and money-saving decisions that will give them the best chance to advance to an approval.