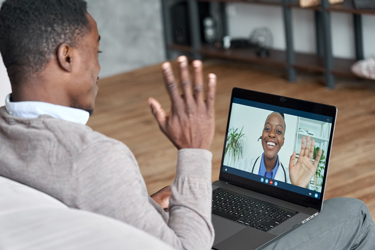 When the FDA released new guidance for companies in May, it seemed every drug developer was scrambling to convert its clinical trials to a decentralized approach. Advicenne was no exception.

The France-based company has spent a decade developing treatments for rare kidney diseases. Its lead asset, ADV7103, received a positive opinion from the Committee for Medicinal Products (CHMP) recommending approval for the asset as a treatment for distal renal tubular acidosis (dRTA) in the European Union. Trials for the asset are underway in Europe, the U.S., and Canada.

The U.S. Phase 3 study is called ARENA2. It began recruiting patients in August 2019, and was active for more than a year when it was put on hold in 2020. The main reason for the hold was difficulties the company faced with patient recruitment.

“The population of patients with this disease is very small in the U.S.,” says Robbie McCarthy, general manager, U.S. for Advicenne. “The initial study design required a randomized trial where patients would receive the active drug or a placebo. The original design also required patients to go through a six-day withdrawal period in a hospital setting. That was already a tough request for patients, and when COVID hit, it became impossible to execute. There was simply no capacity in the hospitals. It also was not in the best interest of patient safety to put them in hospitals with COVID-positive patients. We put the study on hold and used that time to reexamine the study protocol.”

In reexamining the protocol, McCarthy hoped to do two things. First, Advicenne wanted to determine how it might increase its access to patients with dRTA anywhere in the country. The standard “brick-and-mortar” approach is difficult in rare disease studies since even a major site in a large city might only see one or two patients. Advicenne needed 32 patients for its study, and to reach that number, it would have to recruit around 50 patients, requiring 30-50 sites in the classic study model.

Second, McCarthy hoped to determine how patients could participate in the trial without a mandatory hospital stay. That led to him seeking out CROs and technology service providers that offered a decentralized approach to trials.

“We saw this move toward decentralized trials as a learning experience,” states McCarthy. “When we started on this journey, I’m not sure we knew what we were asking for or what was possible. However, we initiated a very rigorous RFP process, which allowed us to hear from several providers. That allowed us to learn about and compare the different approaches and models.”

McCarthy spoke to nine technology vendors and CROs. He learned about their capabilities and how they would execute a decentralized trial in a rare disease population in the face of COVID. He was a bit surprised by what he learned.

“I found some vendors did not have the needed capabilities at all,” he says. “They simply suggested we take a traditional approach. Some were selling us a virtual study approach, but when we drilled down into the technology, the capabilities were not there. There was simply an app-based digital platform that allowed participants to enter patient-reported outcome data from home. There might be some home nursing or perhaps an ePRO solution. But what we saw from many vendors was still essentially a site-based model with a technology platform that enabled patients to conduct some activities without going to a site.”

A TOOL TO FACILITATE VIRTUAL TRIALS

The company Advicenne was most impressed with was Science 37. McCarthy felt the company had a well-established platform, and he liked the fact that Advicenne could use it to run a hybrid clinical model. 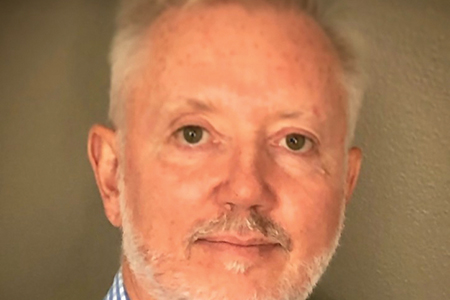 "When patients have to travel to a site, they feel involved in the research and special, because the focus is on them. That motivates them, and there is an obligation that comes with it. You can lose that when all engagements take place in a patient’s home."

“Some of our sites are university hospitals where doctors have expertise in this rare condition,” states McCarthy. “Those sites are also supplemented with neighborhood physicians who may be situated in the middle of nowhere and have access to one patient. They are not familiar with the disease, conducting research, or running a clinical trial. We require the ability to set up those clinics as a sub-investigator to the master site and allow the patient to participate remotely.”

In that model, physicians are trained to be sub-investigators. Blood draws previously conducted in clinics would be performed by nurses in patients’ homes. Patients could record outcomes they experienced and there would be telemedicine calls with the doctor. McCarthy notes that all work and appointments can be scheduled using the Science 37 platform.

WHO HAS THE CAPABILITY?

What surprised McCarthy the most were his discussions with CROs. They sold the idea of conducting decentralized trials, but when he dug deeper into their experience, he found they had a technology platform, but it was not an integrated solution; all the components were separate, such as the home nurse service, the telemedicine platform, and the app platform for patients.

Another issue McCarthy encountered revolved around home nursing services. Several of the vendors were contracting with third-party service providers. In 2020, he found that the prices charged by those service providers had increased substantially due to the increase in demand. Also, many of the providers did not have enough nurses on staff to meet the surging demand. Decentralized trials can be difficult to conduct without in-home visits by qualified medical personnel.

The offering that most resonated with McCarthy was a partnership between NC-based service provider PharPoint Research and Science 37. McCarthy describes PharPoint as a boutique CRO, but one that had knowledge of rare diseases and decentralized trials, and Science 37 as an integrated virtual study platform, combining econsent, ePRO, and telemedicine. The latter also offered a shared platform for both investigation teams and subjects, complemented by directly employed home health nurses who are trained on the platform.

One takeaway from the whole experience was the need to be careful when reviewing RFPs for a virtual study. McCarthy recommends making sure you’re not sold on using a virtual platform for existing sites. There is a per-patient cost for a site-based patient model and a different per-patient cost for the decentralized model. “We have a mix of the two. So, if our trial goes from a 60-40 mix to a 70-30 mix, that changes our costs, and the contract we sign must reflect that. We went through multiple iterations to determine exactly what that mix should be.”

McCarthy believes this was the first time the Science 37 model would be applied to patients in a rare disease trial, and he knew there would be challenges — one of which was getting the sites comfortable using the new platform. “Most sites are using numerous platforms, so we spend a lot of time training the site staff until they feel familiar with the new process.”

During his research into decentralized trials, he learned that one of the top risks of this model involves losing patients who are not adequately engaged with the trial. “When patients have to travel to a site, they feel involved in the research, and special, because the focus is on them. That motivates them, and there is an obligation that comes with it. You can lose that when all engagements take place in a patient’s home.”

Taking the 32 patients through a Phase 3 trial results in a very substantial per-subject cost. For Advicenne to retain these highly valuable patients, they all need to feel they’re getting the same amount of attention and care they would have received in a clinic.

That’s why the company developed a unique role to support patients through their study journeys. The Patient Navigation Specialists, or Patient Navigators, work like study social workers, providing direct contact and support for the patients and caregivers. Part of that support includes educating patients on what it means to participate in a study, the steps they need to go through, and a timeline of events that will involve them. Most importantly, they are there to answer questions and provide psychosocial support to the participating children and families.

“What we learn from this study can help us apply the model to future studies and hopefully help address the ongoing challenge of recruitment and retention in rare disease studies,” concludes McCarthy.